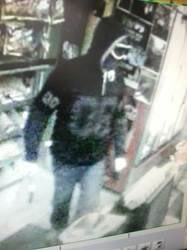 ACT Policing is seeking witnesses to an aggravated robbery at the Liquor Legends bottle shop on Belconnen Way, Hawker.

On Tuesday (17 June) evening around 8.40pm a male offender armed with a hammer entered the bottle shop and used the tool to smash two holes in the front glass panel of the premises. He then demanded cash from an employee, who complied with the demand.

The offender then fled the scene, running in a westerly direction along Belconnen Way.

The offender is described as wearing blue jeans, a black hooded jumper, white ski goggles and a balaclava. He is approximately 6’2” (188 cm) tall, with a solid build and is described as having an Australian accent.

Anyone who may have seen the offender in the area at the time of the incident, or is able to assist police with the investigation is urged to contact Crime Stoppers on 1800 333 000, or via act.crimestoppers.com.au. Information can be provided anonymously.

Bronwyn Wilson - 2 hours ago
Where are e teacher librarians going to come from? There are very, very few in the ACT - that’s why so many schools don’t... View
Chris Cross - 2 hours ago
Layla Barry almost $1 TRILLION and counting, courtesy of Federal Liberals, who almost scared the nation into recession with t... View
Pam Wood - 5 hours ago
Another rort in progress View
ACT Election 16

Lisa Norrie - 3 hours ago
Small minded people with sfa to do maybe take up a hobby get a full time job focus on your family there’s millions of thing... View
Toni Higgins - 18 hours ago
Shame facebook cant b used for good only instead people like to b nasty and put people down all the time.wonder if they would... View
News 25

Fito Ferrari - 4 hours ago
Lake Burley Griffin should be emptied, land filled and lots of apartments built on it. View
Brent Hutch - 4 hours ago
Gloria Altinger might need to check your maths View
Tom Munro - 6 hours ago
Conrado Pengilley Nothing to do with ACT government. It’s NCA land and would be federally funded. View
Property 8

Jess Peil - 19 hours ago
This is so exciting! View
Roland De Saxe - 22 hours ago
Great idea for Eden area View
Talla Mc Bogan - 1 day ago
happened in the otways ,, mountain bikes took the moto tracks ,, they only use a small area though ,, so plenty of moto track... View
Opinion 32