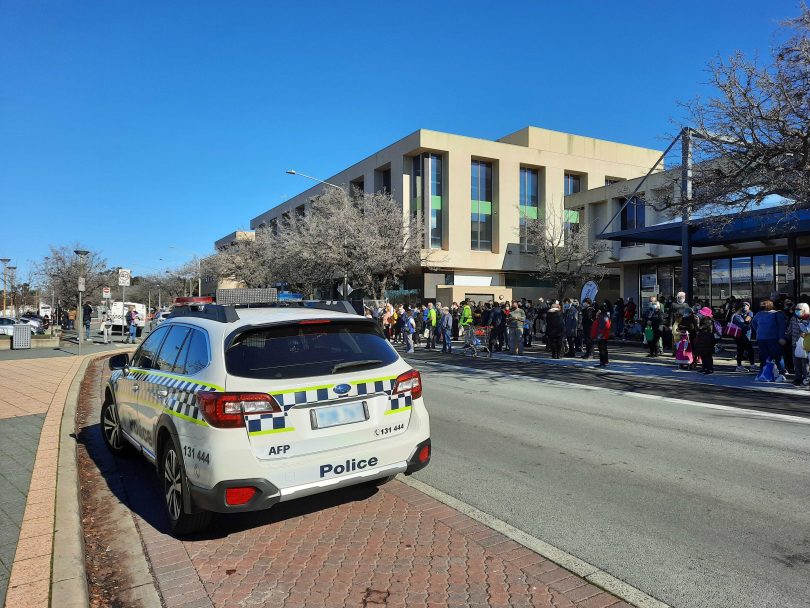 3:00 pm: The public has been allowed back into Westfield Woden after the shopping centre was evacuated earlier this afternoon.

ACT Policing has reported that at about 1:10 pm, they received a report of a phone call relating to a threat to a store in the Westfield Woden Shopping Centre.

As a precaution, the shopping centre was evacuated. The store was searched and nothing suspicious was identified. An investigation into the incident is ongoing.

ACT Policing has reminded the community that it is an offence to make false threats and every effort will be made to identify those responsible. The offence carries heavy penalties.

2:00 pm: ACT Policing is currently responding to an incident in the Westfield Woden Shopping Centre. The entire centre has been evacuated as a precaution and people are asked to avoid the area.

The surrounding roads remain open to the public. 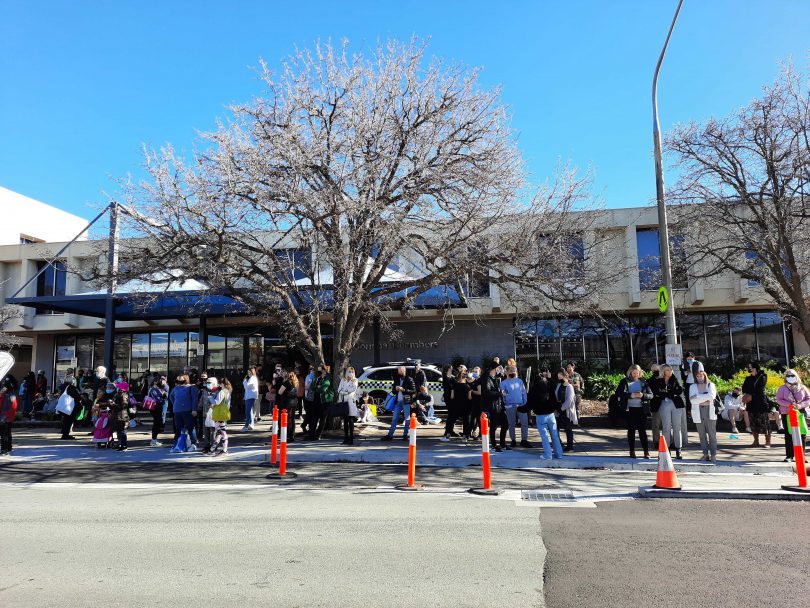 Large numbers of shoppers have been evacuated from the centre.

Steven Harris - 6 hours ago
Or an ordained minister of any religion or a military person who has ever held a rank above Major or equivalent. View
Stephen Saunders - 12 hours ago
"Remove the monarch and replace GG with president appointed by Parliament." Too right, Ian, it's our only shot. Do we need to... View
Finagen_Freeman - 13 hours ago
Haha you don’t need a head of state. You just need a leader. The current prime minister is anything but prime. Don’t be f... View
Courts & Crime 4

JC - 8 hours ago
Problem with the medical world is balance or probabilities doesn’t cut it. How many times do you read of people who have be... View
JC - 8 hours ago
The only problem with your theory and quoting the average age of deaths, is those deaths have happened in an environment of r... View
phydeaux - 11 hours ago
While reading here, I noticed that among the usual weird facebook views there was a journal reference, so I looked it up. Dea... View
News 39

Santa snaps booking out as Canberra families lap up freedoms