A century ago, when farmers came to town to sell their stock, they would head into the pub after business was done while the women, who weren’t allowed in, had to settle for a picnic under a nearby tree.

For some women, it wasn’t enough. They wanted to be more enterprising and occupy their time more constructively with a bit of friendly competition.

So they started to make things: from cakes to clothes, anything that had a use back in those hard old days. Then they’d judge who made the best what.

In those days, as it is today, it all came down to supporting each other – and strength came in numbers.

So the Country Women’s Association of Australia (CWA), the organisation which marks its 100th anniversary this year, was born.

Few CWA members have lost their passion for supporting each other – but this remarkable institution has a much higher purpose than producing its famed tea and scones.

CWA Canberra branch president Lynne Lawton said among the more critical issues at stake were funding for women’s health services in rural and remote areas, greater support for people living with endometriosis, more funding for women’s refuges, the need for better data on rainfall and flooding heights for people who live in affected areas and an increase in affordable housing, specifically for older women.

Mrs Lawton, who is in her final term as Canberra president, said there was still an essential role for the CWA to play today, but that it was severely “stretched”.

“We just need more members,” she said. “That’s what it comes down to.

This year marks the 100th anniversary of establishing the Country Women’s Association of Australia. Photo: CWA.

“In the old days, there was pretty much only the CWA that women could join. Today, there are so many other things for women to be involved in.

“It’s a different organisation than it used to be. We just don’t have that homely image anymore. But we still get asked to make tea and scones for events,” she laughed.

Secretary of the Canberra branch, Terry Vaughan, said one thing stayed the same for the CWA.

“When it started it quickly became like a de-facto support group,” she said.

“Women just supported each other and ended up having fun when they got together while the men were at the sheep or cattle sales – or in the pub.

“Women seemed to be socially hungry back in those days, so the opportunity to get together and share stories became very important to them.”

Mrs Vaughan said one of the key roles for the CWA would always stay the same – helping women in need.

She said last financial year, the Canberra branch donated about $40,000 to worthy causes, working with other community groups in Canberra to determine the best recipients for its fundraising dollars. They included grants to Canberra Hospital’s neo-natal intensive care unit, students in financial difficulties, young carers, nurses and many more.

Mrs Vaughan, who has been a member of the Canberra branch for about 15 years, believes it’s time for a younger, more diverse group of women to become involved in the association, to continue to make it relevant for today’s women.

“I have stayed for so long because they are a wonderful group of women to be involved with,” she said. “We can just get together and solve the world’s problems,” she laughed. “I joined up for friendship and I have to say I have even become a better cook.”

Canberra CWA is keen to attract new members. You don’t have to live in the bush; you just need compassion for those who do and a willingness to help others. 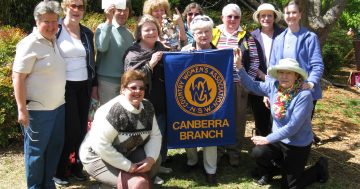 Is the Country Women's Association still relevant to the ACT? 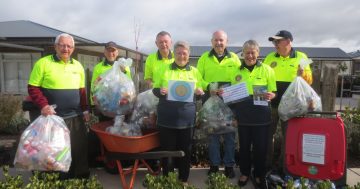 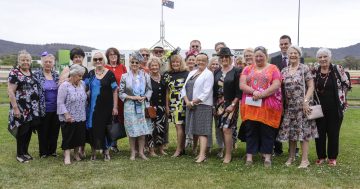 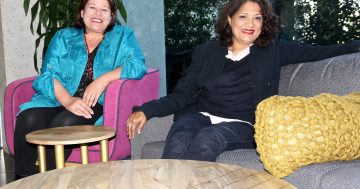