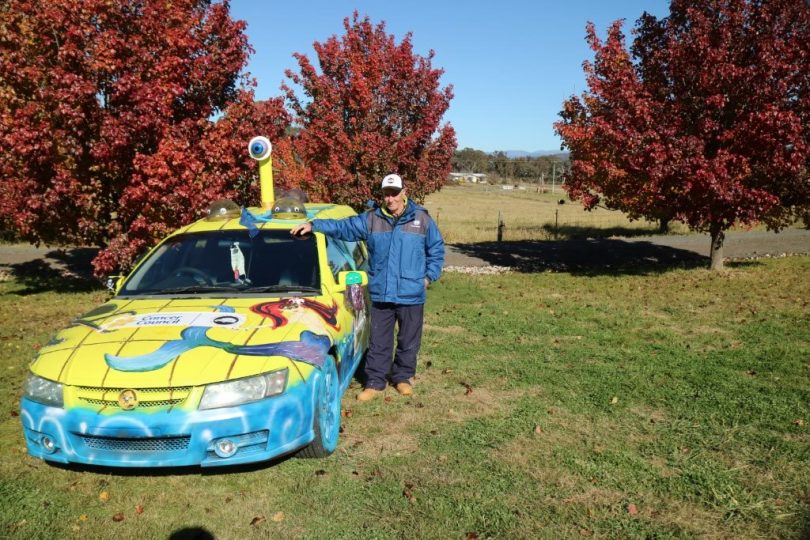 One half of Team Royalla, Malcolm Noad, with his ‘Yellow Submarine’ car. Photos: Supplied.

Two mates, Malcolm Noad and Chris Jackson, from Royalla on the NSW/ACT border, reckon they are, so they’ve decided to take on the so-called ‘Shitbox Rally‘ in their 2007 VZ Commodore station wagon, aka the ‘Yellow Submarine’.

The major rule of the charity rally, which is not a race, to raise money for the Cancer Council, is all the vehicles have to be worth less than $1000. The pair’s trusty Commodore came into their hands for only $600, and required around $300 in repairs to get it going again.

“It was purchased with registration from the local auction house so it ended up being a pretty good deal,” says Malcolm.

“We’ve prepared it pretty well by putting guards on the sump and the fuel tank.”

They pair has also lifted the suspension to ensure the car sits a little higher off the road, making it better suited for the long journey ahead from the Gold Coast to Alice Springs via the Gulf of Carpentaria from 5-11 June.

However, the duo’s efforts have not only been focused on the mechanical side of things. A lot of time and effort has gone into making their car shine, although Malcolm isn’t too sure where the idea came from to turn their Commodore into the ‘Yellow Submarine’.

“Well, we’re Team Royalla so we went with HMAS Royal Shitbox and then somehow we ended up with a bright yellow submarine,” he says.

This year’s Shitbox Rally has been split into two groups, with the first half already finished their reverse-route trek from Alice Springs to the Gold Coast.

Malcolm says he’s heard from those who have already finished that there are a couple of areas where the roads get a little rough, particularly around the notorious Hells Gate Roadhouse in Queensland.

“There were a couple of punctures and one car split a chassis,” he says. 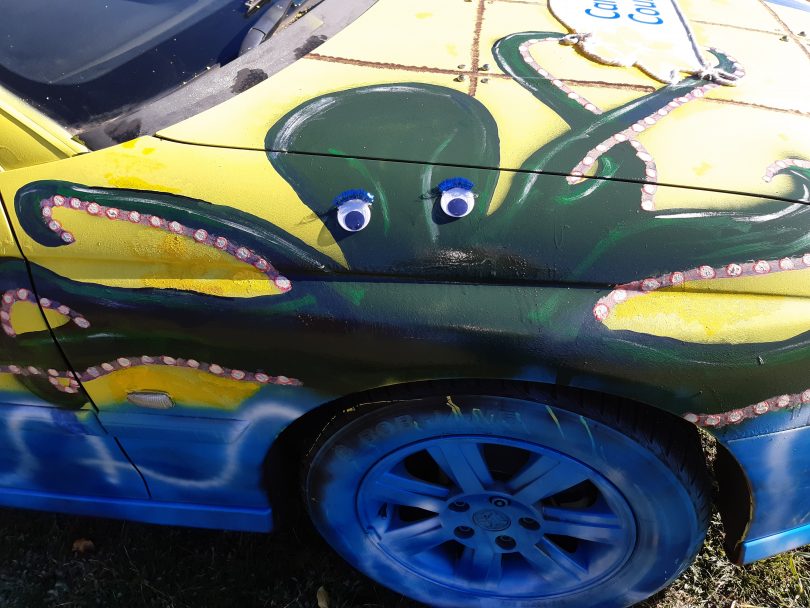 The organisers of the Shitbox Rally ensure they’ve got support crews who can help with minor problems such as punctures or other mechanical issues.

Traversing the rugged landscapes of the northern tip of Australia, teams take a mixture of sealed and unsealed roads.

Despite the need to carry a jerry can of fuel, there are multiple petrol stops along the way.

According to Malcolm, this presents a logistical issue as there will be a line of 250 cars all waiting patiently for a single fuel bowser.

“I guess we’ll just have a couple of beers while we’re waiting,” he says.

The teams camp in swags along the way, generally on local ovals where they will also find bathroom facilities. Local schools and community groups will keep hungry teams fed along the way.

The driving sessions in the rally are big, with an average of 700km covered each day.

“Then there’s the time you spend helping people who might have got a flat or a puncture,” says Malcolm. 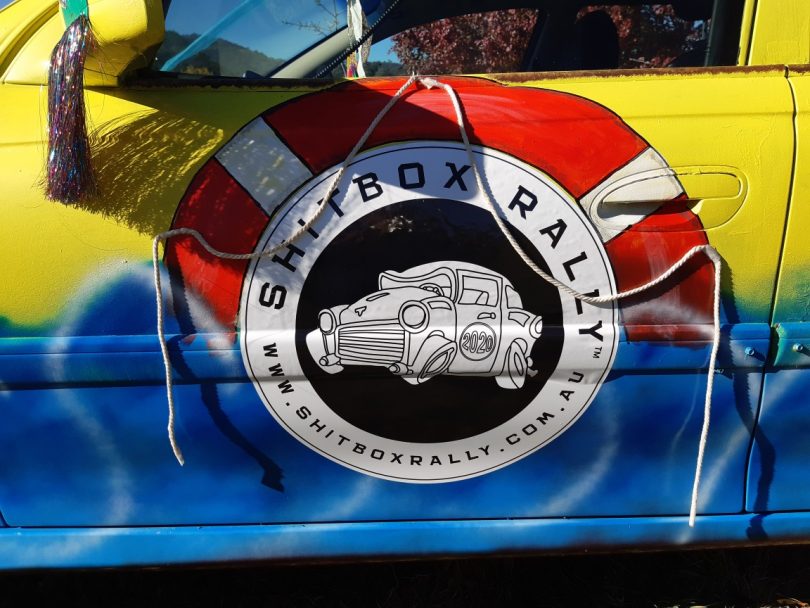 But all this time spent on the open road, often away from civilisation, is for a good cause. The Shitbox Rally has been running since 2009, when it was founded by James Freeman who lost both of his parents to cancer.

Malcolm says he has lost a couple of family members to cancer, too, and he is proud the main beneficiary of the event is the Cancer Council, which puts the funds raised to cancer research.

Team Royalla has raised $8000 through donations made by family and friends, as well as Bunnings barbecues before COVID-19 put a spanner in the works.

Combined, all teams in this year’s Shitbox Rally have raised a total of $2.8 million. 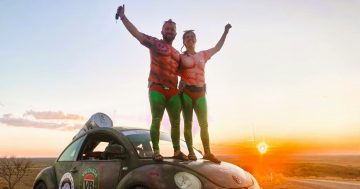