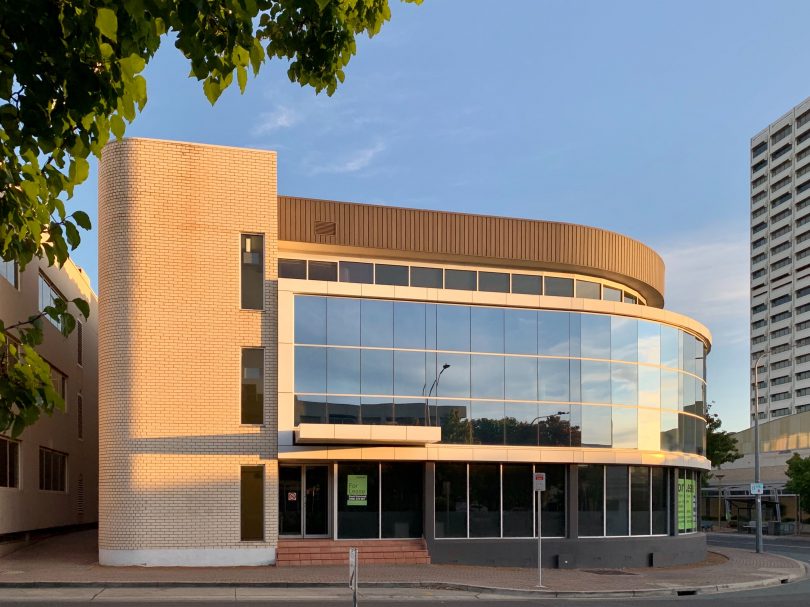 The site on the corner of Brewer and Corinna Streets, and Melrose Drive. Photos: Region Media.

Canberra developer Zapari has plans for another high-rise project in Woden after acquiring a series of buildings and blocks on the corner of Brewer and Corrina streets, and fronting Melrose Drive.

The company says that the $400 million mixed-use development could include more than 600 apartments, as well as retail, hotel and A-grade office accommodation.

The building will be designed by Cox Architects and the initial concept design has been nicknamed ‘The Corkscrew’, reflecting its unique architectural form. 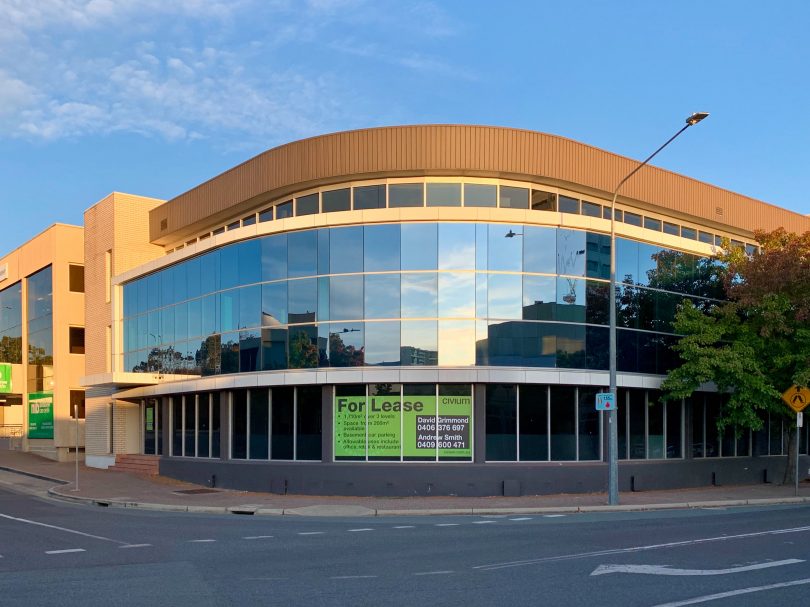 The Zapari development is one of several major projects that will permanently change the skyline of Woden.

Woden is experiencing a high-rise boom, including Zapari and Geocon’s Grand Central Towers near the bus interchange that is nearing completion, and this project will put the focus on the other side of Westfield Woden.

There is also Geocon’s WOVA development on the site of the former Woden Tradies Club, Amalgamated Property Group’s Trilogy and Ivy Apartments, and another on the former site of the Yamba Sports Club. 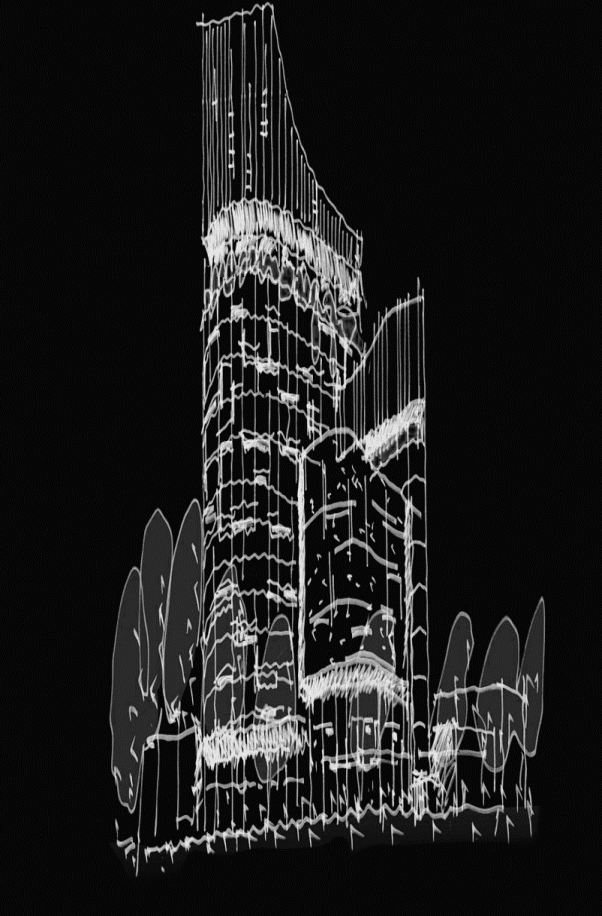 The Corkscrew: a design sketch of the proposed development. Image: Zapari.

Zapari CEO Nick Skepev said the new acquisition would be delivered solely by Zapari and would be a major contributor to a $1 billion pipeline of high-quality projects across the ACT region.

“We are delighted to have acquired this site on attractive commercial terms and we are excited to set a new benchmark in urban and building design,” Mr Skepev said.

It acquired the site in an off-market deal brokered by Intellectual Property in conjunction with Civium.

The company says that given the site’s premium location and proximity to the business and retail core of Woden, it expects strong demand for office and commercial accommodation, as well as a broad range of apartment typologies to cater for a variety of buyers including downsizers, first home buyers and investors.

The three-block site, adjacent to Chemist Warehouse, is occupied by GIO Insurance, a dentist and a restaurant.

Zapari did not say how much it paid for the site or who the vendor was.

The first stage release has been earmarked for the second half of 2020, when some major anchor tenants are also expected to be announced.

Zapari said it was looking forward to working with the community to create a great outcome for all stakeholders and to continue the positive rapid rejuvenation and urban transformation of the Woden Town Centre.

Excellent news. Please continue and intensify this private investment in Canberra all the while limiting the voracious spread of suburban sprawl. Have people live in close proximity with shared recreation and other facilities.

Might have to get into apartments lol Tom Schweickle

What? Another vertical ghetto for Canberra?🥺🤬

Traffic planning needs to be a top priority....or it will gridlock with Woden Plaza traffic....which is bad enough already :(