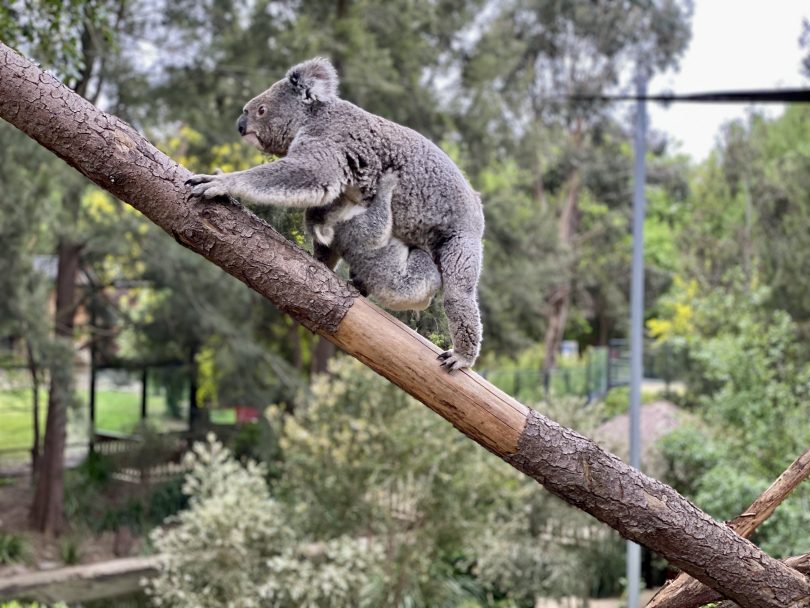 The National Zoo & Aquarium is asking members of the public to come up with a name for their new joey. Photo: James Coleman.

The National Zoo and Aquarium has opened its doors for the first time in three months and there’s a cute and furry little newcomer to see.

Bailey and Matilda, the koala couple, have had a baby, and now at eight months of age, she’s out of her mum’s pouch and clinging to her underside.

Senior Wildlife Keeper Brendan Sheean says six-year-old Matilda is now an amazing and relaxed mum, having learnt all the lessons of parenthood with her previous female joey, Namadgi.

“We have a beautiful lovely girl, who’s eight months of age. We haven’t actually named her yet, and the main reason is because of the sheer number of animals at the zoo, even the keepers struggle to come up with names,” Brendan said.

That’s why the zoo is calling on the public to help them come up with a name, the winner being the one that happens to fit her personality the best.

If you have a suggestion, you can let the zookeepers know at the zoo, or send them a message via Facebook. 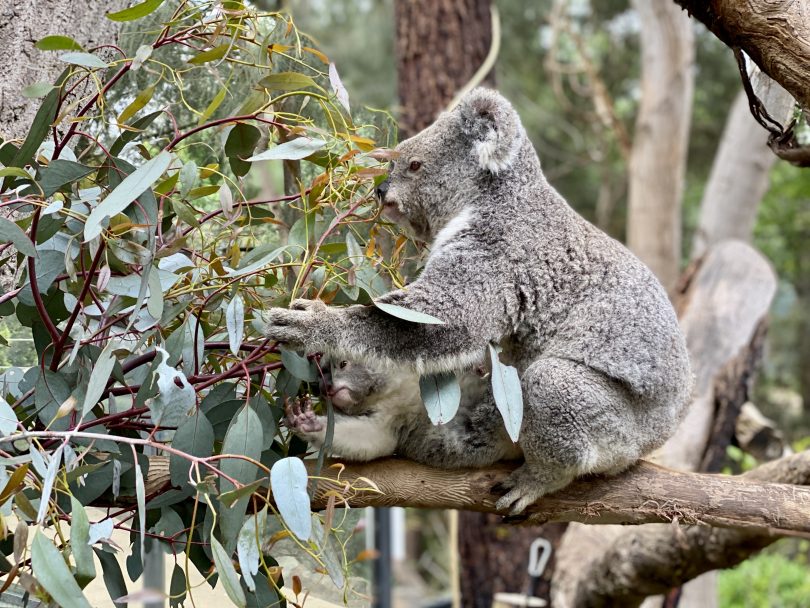 “Oh yeah – I’ll have some of that too, thanks.” Photo: James Coleman.

Her 18-month-year-old sister, Namadgi, is also onsite at the zoo. As the next breeding season approaches in August, Matilda will start pushing the joey away and at that point, the two sisters will move in together with the “bachelorette group”.

The zoo’s four koalas are part of a national breeding program. All zoos in Australia are credited and work together to manage the country’s captive populations. The ‘matchmakers’ pair up different koalas in different zoos to avoid inbreeding and weak genetics.

“Bailey will make a big bellowing call that really sounds horrendous if you hear it in the wild,” Brendan says. “And if the girl is interested, she’ll perk up and might even climb down to the ground and try to get to him.”

As soon as the keepers notice this, she and the boy are put in the same enclosure for a short period, provided no joey is on the scene.

“Koala mating can be a bit rough.” 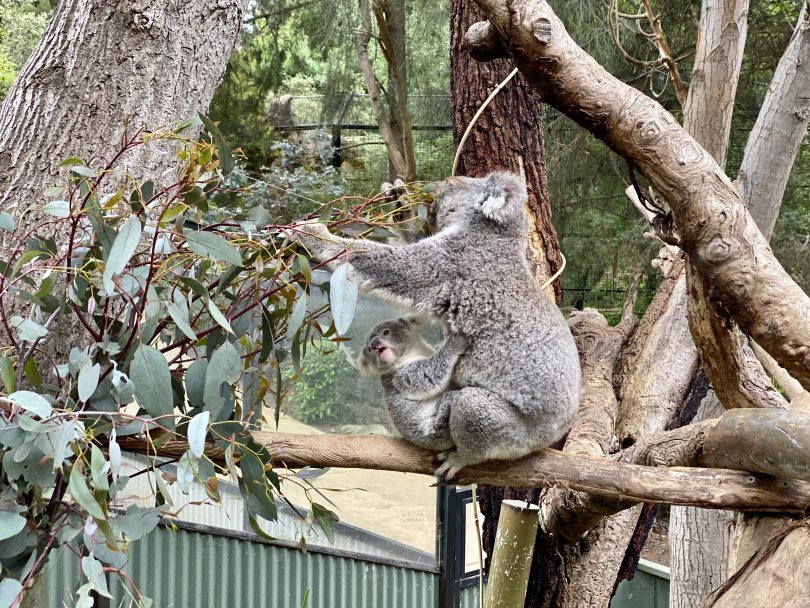 Once business is over, the two go their separate ways in much the same way as they do in the wild.

“By breeding them here, not only are we connecting them to people but people then want to protect them. They are also an insurance population,” Brendan says. “If the species does head down the road of extinction, we have a healthy genetic population that we can release back into the wild when it’s safe to do so.”

Koalas are currently listed as ‘vulnerable’ in Australia but are in serious decline due to disease, habitat loss, domestic dog attacks, bushfires, severe weather and road accidents.

Exact numbers are hard to come by, but the ‘Black Summer’ bushfires of 2019 are suspected to have killed hundreds of thousands of koalas. 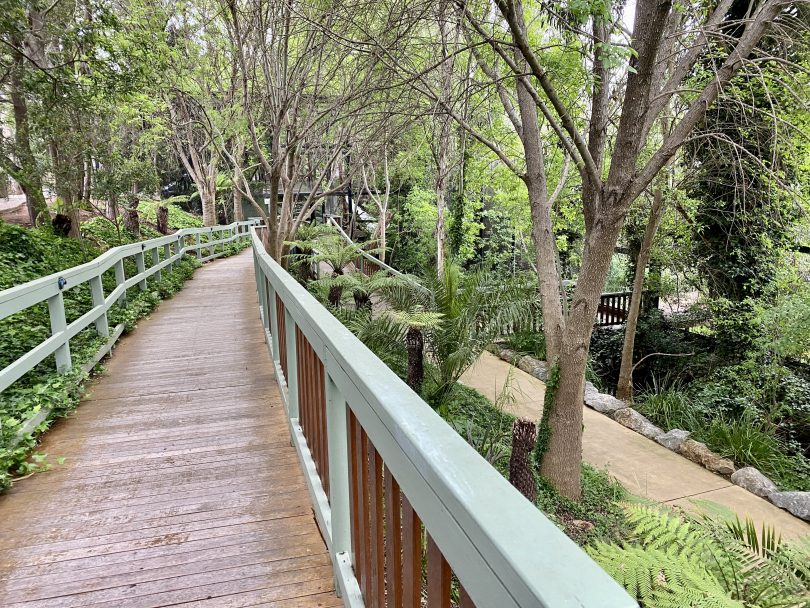 The zoo is ready and waiting to receive visitors again. Photo: James Coleman.

The National Zoo and Aquarium and associated Jamala Wildlife Lodge have been closed over the past three months due to the ACT lockdown. Today (29 October) marks the first day open again.

“We’re really excited to open to the public for the first time in three months,” Brendan says. “Zoos are really good at helping people connect with nature, not only with the animals you have to go to Africa to see but also all the local ones you can see in Canberra and around Australia.”

Brendan says the lockdown has been an “interesting” time for the animals, but they’re keen for human interaction again.

“Many of our animals definitely did miss the people. We made sure the keepers spent a lot more time with them during lockdown so they didn’t get lonely or miss the keepers. The primates and meerkats especially love seeing people – they’re people watchers.”

Things at the zoo are a little different due to lingering COVID-19 restrictions. Visitors are encouraged to pre-book their tickets online to guarantee entry. You then arrive at your designated time but can stay as long as you want. All keeper talks have been put on hold.

If the full quota is not taken up, tickets will be available for purchase at the gate. Opening hours are from 9:30 am to 5 pm, seven days a week.

How about Nutsy? From Blinky Bill 🐨