Zookeepers' animal instincts are more than picking up poo 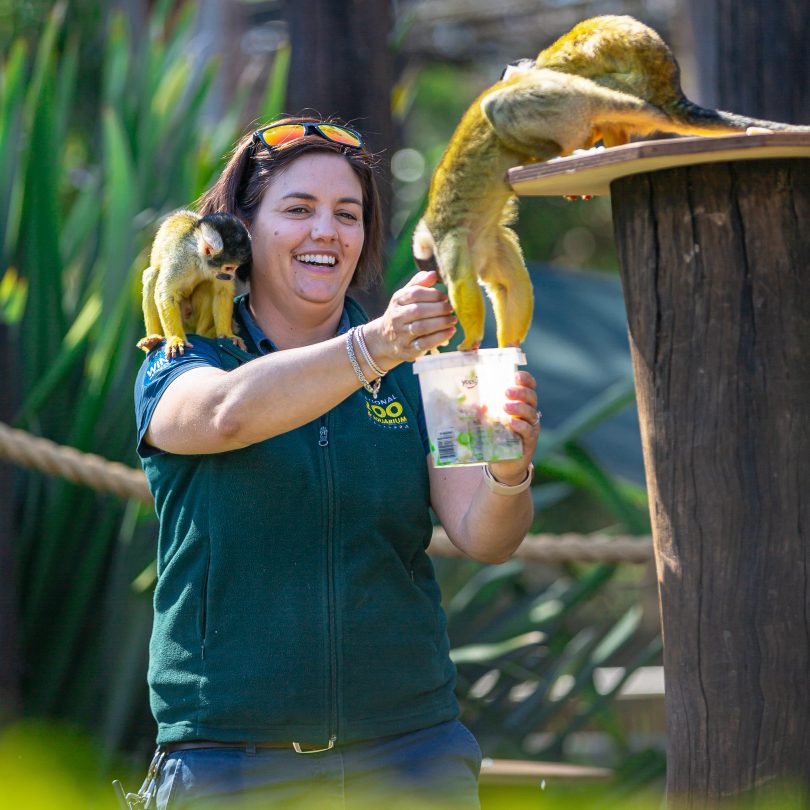 Wildlife supervisor at the National Zoo and Aquarium, Bec Scott, has an animal instinct.

She also says she can tell within five minutes of meeting someone whether they have what it takes to work with animals.

Having worked with Canberra’s native and exotic animals for more than 17 years, Bec is always happy to recognise and celebrate the contribution that zookeepers make to animal care and conservation.

With Friday, 4 October being International Animal Day (and International Zookeeper Day) and the ACT Government recently recognising animals as sentient beings, Bec says she and the 30 other zookeepers learn something new every time they enter an enclosure at the zoo.

“I have animals that I’ve been working with for 17 years and that animal will recognise me from the other side of the zoo. We definitely talk to each other and we have a bond that nobody else has, and that’s just so rewarding and priceless for me,” Bec told Region Media.

“They’ll teach you something about their species that you didn’t even know existed. It could be a behaviour of aggression or affection, or a breeding or territorial behaviour.

“Every day you learn something new.”

And of course, the job of a zookeeper is so much more than picking up poo or making sure the animals are fed each day.

She said zookeepers passionately dedicate themselves to the animals in their care by way of conservation, breeding programs, education, outreach and research of animals. 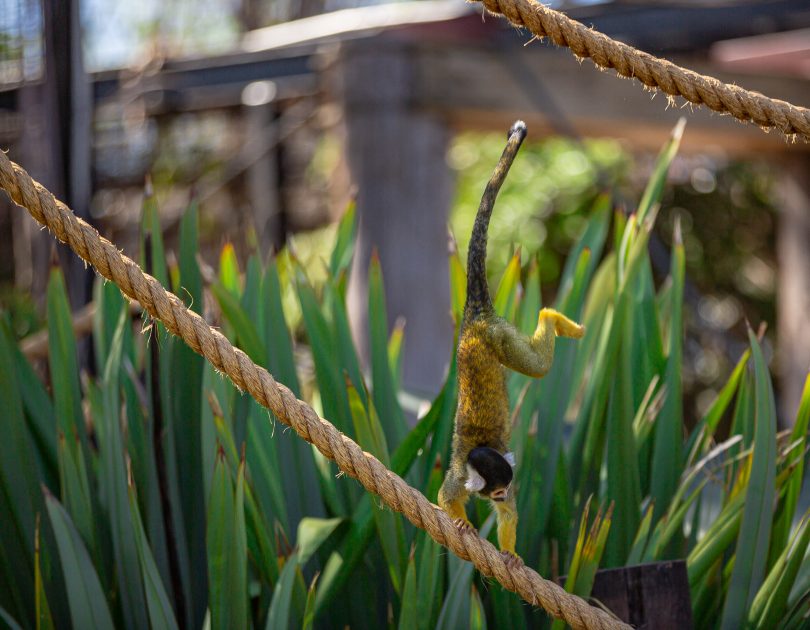 A cotton-headed tamarin is one of South America’s most endangered primates but is having a great time here at the National Zoo and Aquarium.

It’s obvious that every day is the best day on the job for Bec, but she is also at the forefront of ensuring animals have their best day, despite increased pressures on the natural environments of a primate such as the sun bear which has had more than 75 per cent of its natural environment destroyed.

The zoo has two sun bears, named Arataki and Otay, a female who was rescued from the restaurant trade.

“Otay has a lot of personality and one who you’ve got to earn the respect of. She has a lot of wild traits, but she’s an amazing animal and we were quite fortunate to have a cub from her several years ago, which is only the second time it’s happened in Australia,” Bec said.

“Animals all around the globe are facing hardships and many are facing extinction, so zookeepers play a huge role there. They pour their heart and souls into conservation and to positive welfare programs to make a difference.”

There is also no doubt that animals are deeply emotional beings.

“Animals are amazing creatures and as a zookeeper, we form the most incredible relationships with each animal and I think it’s the highlight of a zookeeper’s day.

“They all have an individual personality. They all have individual requirements and it certainly does show that they have feelings and thoughts that are above and beyond what I think a lot of people realise,” Bec said.

Naturally, she says that picking a favourite animal is like naming her favourite child; however, she definitely has a soft spot for the bears and primates, such as the lemurs, monkeys and meerkats.

Bec says the job of a zookeeper can be quite physical at times.

“A lot of people might think that we just roll around in the monkey enclosures and have monkeys climb on you every day, but we work in the rain, we work in the snow, we get up in the dark sometimes to come in and look after an animal that is not feeling particularly well.

Bec says the best way to become a zookeeper is to get hands-on experience, although the zoo has a long waiting list of people wanting to volunteer or do work experience.

“We are constantly looking for volunteers and we love the extra help around the zoo and being able to share with other people what we do, so if you work hard enough, an opportunity just might come your way.”

You can find lots more information about being a volunteer at the zoo on the National Zoo and Aquarium website. 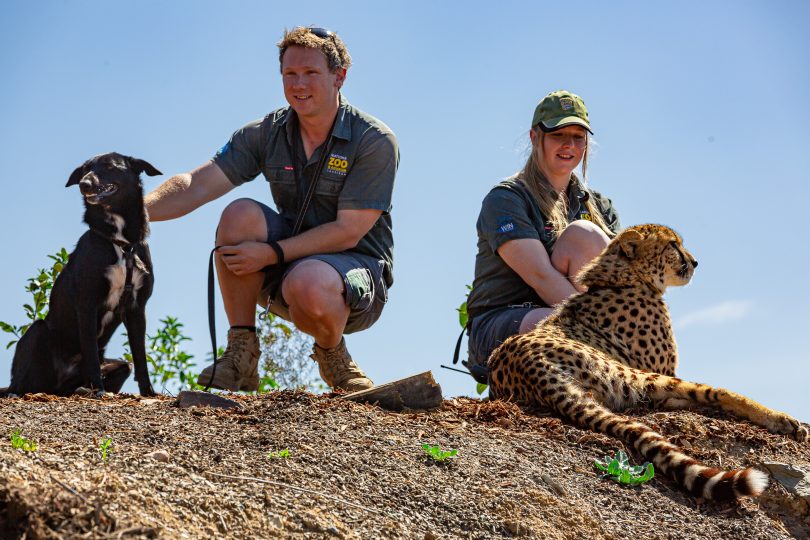 Zookeepers Ty Colbert with Zama the dog and Serena Robbie with Solo the cheetah.

From 2012: “THE zookeeper critically injured by a Taronga Zoo elephant is known for her unusually intense relationship with the animals and had told colleagues she could talk with them telepathically.” https://www.smh.com.au/environment/conservation/injured-keeper-believed-she-could-talk-to-the-animals-20121019-27wqm.html 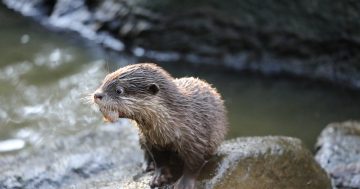 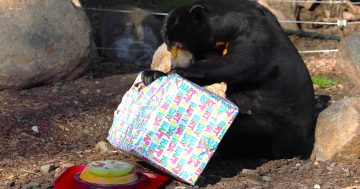 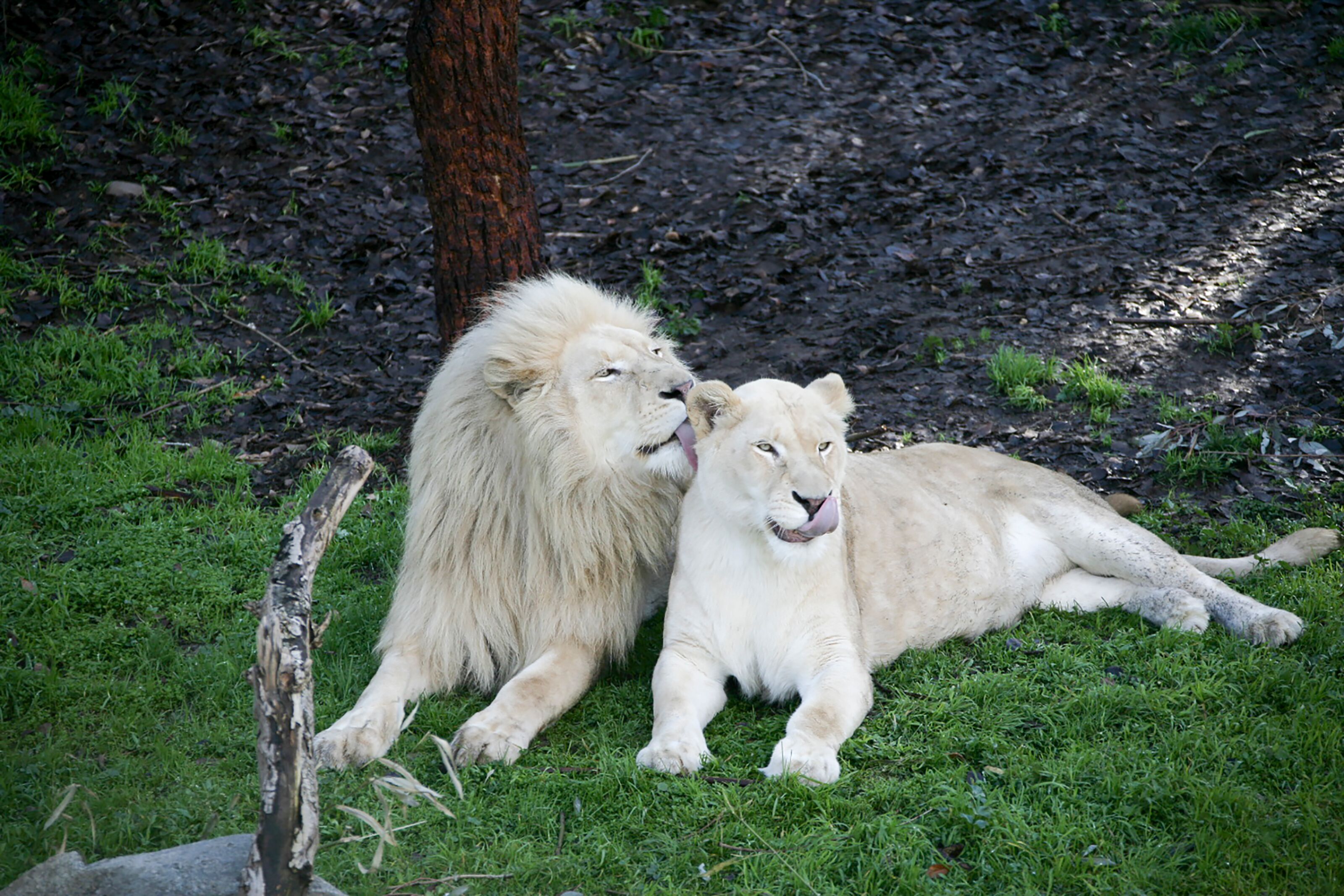 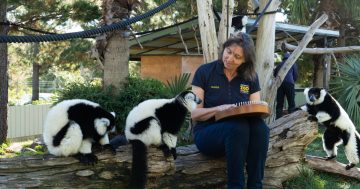