The silly season starts this weekend with 15 things to do in Canberra. Firstly, it’s a weekend of finales: many of the cultural institutions are showcasing exhibitions for the last time this weekend. The most unusual event this weekend is Canberra’s first Cat Film Festival, which the RSPCA is running to help raise funds for cats in care this season. My personal top pick is Stig Live! Take your kids to see Stig Wemyss, Australia’s most loved narrator of audio books for children including Andy Griffiths’ The Treehouse series, perform at Dickson Library. 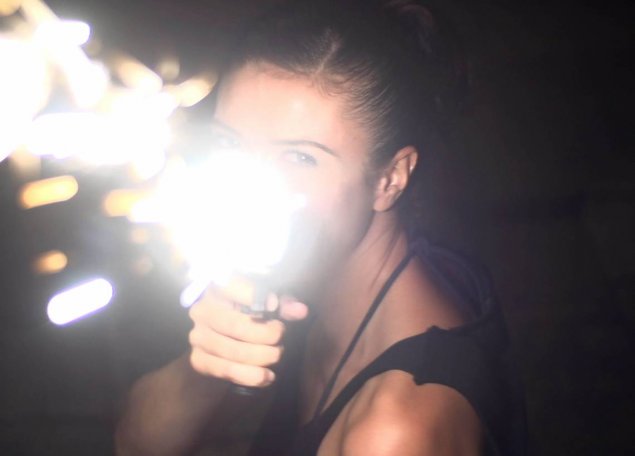 Possible Worlds Canadian Film Festival
Across two days, the 10th Possible Worlds Canadian Film Festival showcases three new Canadian films at the National Library of Australia, co-hosted with the High Commission of Canada. Our pick is The Good Lie (rated M): Orphaned by the Civil war in Sudan, a group of displaced boys must lead young survivors to safety. Years later, they are offered the chance to resettle in Kansas City, where they encounter a helpful if slightly unprepared employment counsellor (Oscar-winner Reese Witherspoon). All tickets are available to purchase now, click the link above.

Bare: Degrees of Undress
It’s the final weekend you can catch this exhibition at the National Portrait Gallery, for which the curators remixed its collection to showcase elements of nakedness and ask what they say about self, identity and character as portrayed through choice of clothing. Included in the exhibition are portraits of Billy Slater, Germaine Greer, Dame Edna Everage, Matthew Mitcham, David Gulpilil, Megan Gale and many more. 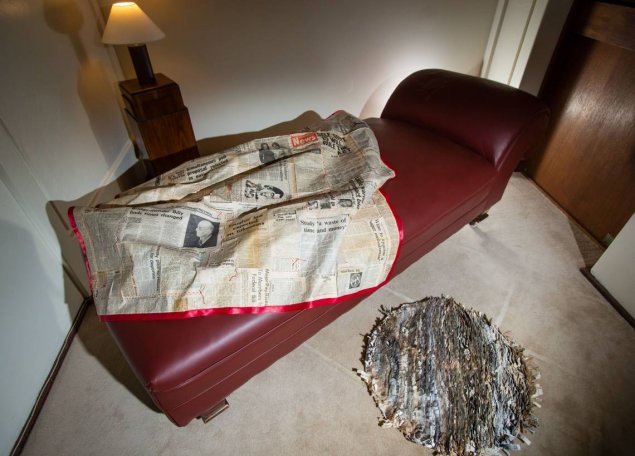 Bespoke: Design for the People
The Museum of Australian Democracy’s exhibition, Bespoke: Design for the People, closes this weekend. Six Australian craft and design practitioners have created new works that reflect and respond to the iconic designs of the original furniture at Old Parliament House. Contributors include Canberra artists Jennifer Robertson, Niklavs Rubenis, Julie Ryder and Caren Florance (in collaboration with Melinda Smith); and Sydney-based artist Cecelia Heffer. 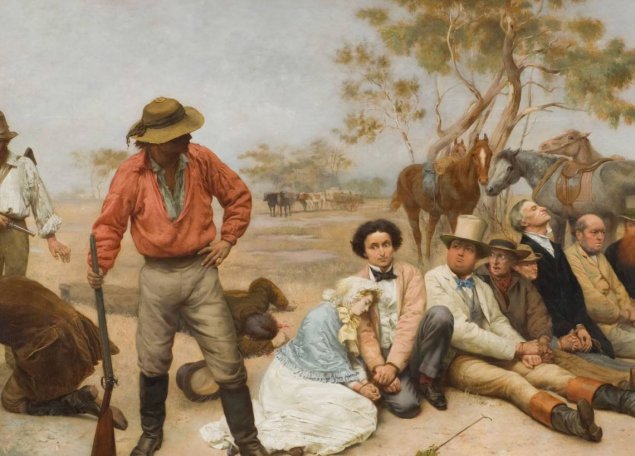 Heroes and Villains: Strutt’s Australia
In its last weekend at the National Library of Australia, the Heroes and Villains exhibition brings together the late English artist William Strutt’s oils, watercolours, sketches and prints from the extensive collections at the National Library with dramatic works from several major Australian collections. Strutt was the first great exponent of history painting to work in Australia, in the mid-1800s. His art depicts the brutal and beautiful Australian landscape, explorers and bushrangers; and it has informed the way we envisage colonial life in the mid-nineteenth century.

Life Interrupted: Gallipoli moments
The National Archives of Australia’s Life Interrupted exhibition closes this weekend. It shows moments of Gallipoli through original diaries, photos and letters, giving a glimpse of the campaign through the eyes, and in the words, of the Australian soldiers who were there. Entry is free.

Indonesia Fair 2015
This weekend the Embassy of Indonesia is hosting a trade fair, business forum and exhibition to promote Indonesian culture, tourism and produce in the capital. The event is at the National Convention Centre. Join them as they celebrate the country’s 1128 ethnic groups with more than 500 languages across 13,466 islands. 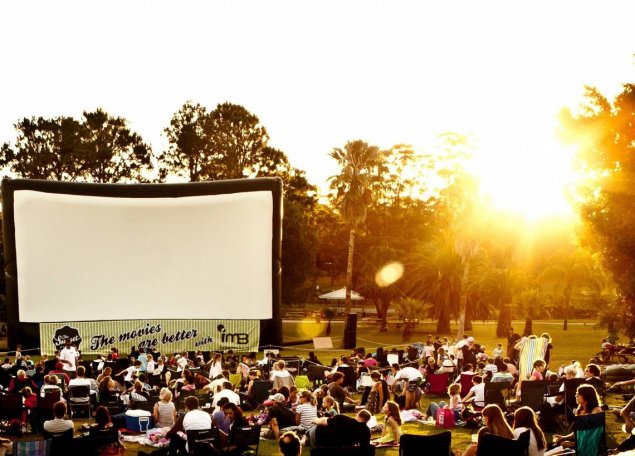 IMB Sunset Cinema
For something a bit different, Sunset Cinema opens this weekend. Every Wednesday to Saturday evening until 19 December, you can see a new blockbuster, classic or art-house film under the stars at the Australian National Botanic Gardens. The Martian is on from 6.30pm on Saturday. Tickets are on sale now through the website.

Canberra’s First Cat Film Festival
Are you a cat-lover or lover of cat internet videos? RSPCA ACT is hosting Canberra’s own film festival full of internet cat videos to raise funds for the animals in care at their shelter. With activities such as the Catto Parlour, Full moon night market, Purrrfect games, and the Cate lounge, and with prizes being awarded to the spookiest dressed on the night; you won’t want to miss the festival. Starts at 6pm, but get your tickets online now.

Stig Live @ The Library!
A program for families with children aged 7 years and older, Stig Live is an interactive, high-energy show full of stories and laughter. Stig Wemyss is Australia’s most loved narrator of audio books for children and young adults. He’s narrated books for authors including Andy Griffiths, Paul Jennings, Tim Winton, and many from the Aussie Bites series. 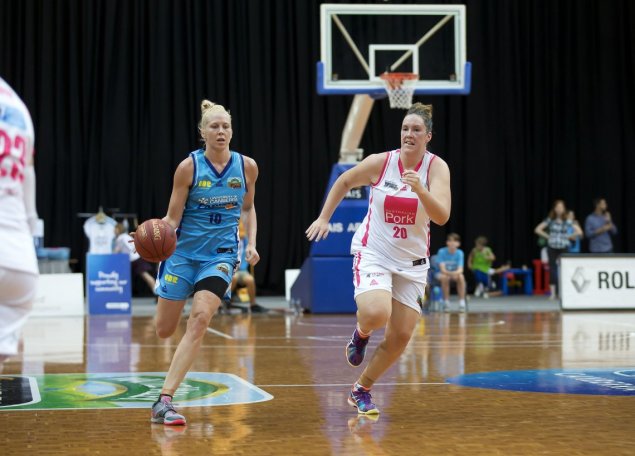 University of Canberra Capitals vs Adelaide
In the fourth home game of the WNBL season, the Capitals take on the Adelaide Lightning at AIS Arena on Saturday (though potentially without Lauren Jackson, who strained her knee at training earlier in the season). The game starts at 7pm, get your tickets from Ticketek.

Canberra Roller Derby League Grand Final
It’s a double header for the 2015 grand final roller derby season. In game one, the Brindabelters take on the Black’n’Blue Belles; while the Red Bellied Black Hearts will take on the Surly Griffins for the premiership in game two. The action happens at Tuggeranong Southern Cross Stadium from 4pm. Doors open at 3pm, with tickets for adults selling at $20.

David Pereira Presents: Rachel Scott – Visionary Musician
The final installment of the David Pereira Presents concert series for 2015 is on at Ainslie Arts Centre, where Pereira will be joined by Rachel Scott. Together, the pair will present a suite of beautiful cello duets alongside several of Pereira’s own compositions. After the performance, there will be a discussion with Scott about her practice and her unique experience as a professional musician. Tickets are available through the Ainslie+Gorman website. 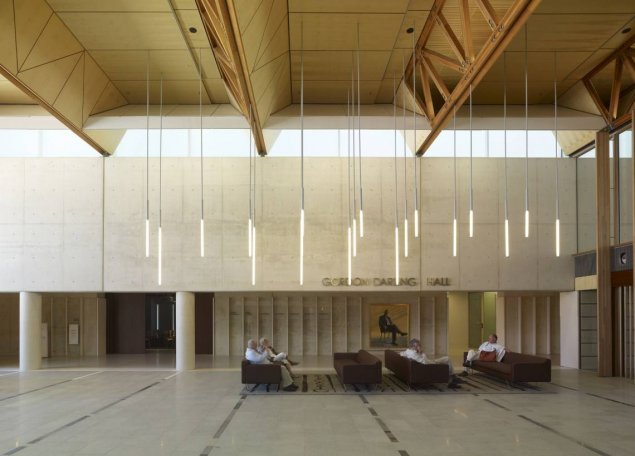 Stephen Fry: Telling Tales Tour
With his Saturday show already sold out, you need to book this Sunday session immediately. Stephen Fry is in Australia with his new show where he will be telling some of his most marvelous stories ever heard.

IKEA Opening Celebration
At 9.30am on Monday, IKEA Canberra opens its doors. Join the other 13,000 people who are planning to go celebrate the much-awaited, longed-for opening of IKEA here in Canberra.

Are you going to something that we missed? Tell us about it in the comments.