2500 plots in new cemetery’s first stage, but no natural burials 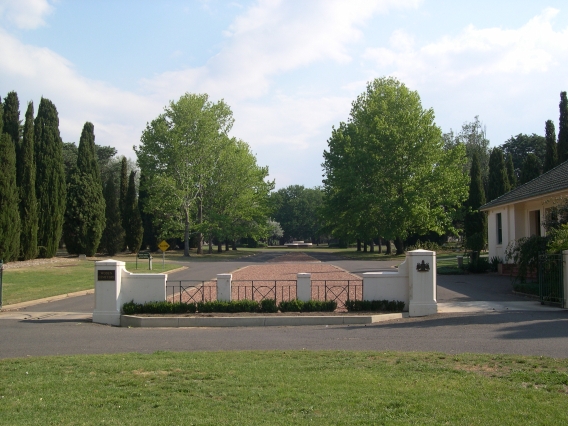 The front entrance to Woden Cemetery, which is fully subscribed. The southside needs an alternative to Gungahlin Cemetery. Photo: File.

The first stage of the proposed new cemetery in Canberra’s south will have 2500 burial plots in a lawn and native garden setting, according to a tender released for the design work.

But despite increasing community calls for cheaper and more environmentally friendly services, there will not be any natural burial plots included in Stage 1 of the Southern Memorial Park (SMP) planned for a 76-hectare site on Long Gully Road.

Stage 1 will also include a 600-800 square metre cremation memorial garden to cater for about 100 memorials and their ashes, although a crematorium on the SMP site is not slated until a future stage to be determined.

SMP will be developed in four stages, spread across 25 years, to service the needs of people in southern Canberra and the wider ACT, now that Woden Cemetry is full.

The tender comes after public consultation in 2018 and a government announcement early last year that the SMP would proceed, although the consultation report has not yet been released.

City Services Minister Chris Steel said at the time that the SMP would provide interment services for the next 100 years and it was essential for the growing Canberra community to have a southside alternative to the Gungahlin Cemetery.

He said the site would also be designed to allow for a second crematorium for Canberra, but the government has since announced that it would this year build a public crematorium alongside the private Norwood Park facility at Mitchell. 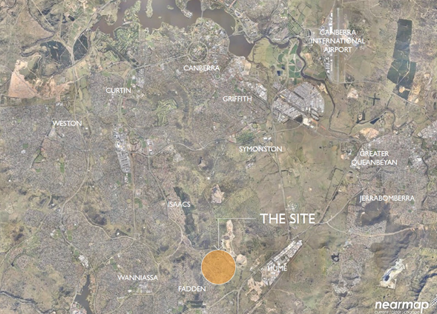 In late 2018, the Whitby Group proposed to develop a private funeral home and crematorium in Symonston at the corner of Mugga Lane and Narrabundah Lane that it said would be complementary to the Long Gully Road facility.

The key requirement for the successful tenderer is to revise the 2012 SMP Master Plan and include landscaping, buildings, roads, utilities, concept layout and design, as well as update environmental and heritage reports, and provide an estimate of how much it will cost to deliver Stage 1.

The locations and size of gardens will be based on the revised Masterplan, but they are to be developed with a native theme and be drought resistant.

The garden setting could include higher quality products such as headstones and family estates.

Stage 1 will also include a 100 square metre nature/native-themed playground with a soft fall surface.

The tender documents say the design plan project will establish the minimum requirements for the provision of civil works, utilities, water resources and facilities required for the SMP, with a focus on Stage 1, providing a foundation for the provision of infrastructure to be developed in later stages.

Utilities include mains power, with solar to be explored, and gas for a future crematorium.

“The consultant engaged for this project will workshop the approach to delivering the Masterplan and associated work with Canberra Cemeteries and the project delivery team,” the tender says.

“Consultation with key community representatives and government stakeholders to clarify requirements, review the Masterplan and design proposals, must be undertaken and the outcomes clearly reflected in the final Masterplan and Stage 1 preliminary design.”

The design project is scheduled to be completed in June 2020.

Have youse ever watched the movie ‘Soylent Green’?

I have a copy of it; one of Charlton Heston’s best movies. What they were doing could become the epitome of recycling in the future. I would rename the product “So-long Greens”.

This would be a real eye opener for those from the inner north who may venture out to see someone off.
Rubbish, rotting roo carcasses and endless trucks trundling past heading to and from the tip..
And if they’re real lucky they will get to get a good whiff from the tip ,as it can get a bit whooffy even down to the Monaro highway.

Carole Ford, it is a done deal. You were probably not consulted along with thousands of others but the government claims all was above board and their regular consultancy fixer said everyone was happy. Not one MLA contacted residents in the northern Tuggeranong suburbs which may be impacted by this decision.

Are we any nearer to agreeing on a location for a Southside crematorium / natural burial cemetery? The need is there, as our population soars, so does the need for the exit package.

Did you know they don’t let anyone living in a 10km radius of Woden get buried in that cemetery?

Or anybody living outside the 10km radius Michael Ward 🤣

i should hope not its not humane ot legal to bury living people.

Ah glad to hear the south got a cemetery and chevrons. I mean the north’s got three hospitals, two legs of light rail and a proposed new sports stadium.

That's a shame. Canberra seems to waste a lot of urban planning opportunities that could bring innovation. Natural burials make a lot sense for a lot of people.

This is an appaling site for a cemetry. It is across a very busy road only a few hundred metres from Canberra’s largest and dirtiest permanent industrial site being the MLRMC.

There will be noises and diesel fumes from the hundreds of daily movements of garbage trucks and commercial/private vehicles using all the roads in the area, dust from the building materiels recycling plant, sickening odours from the huge organic recycling factory and 24/7 emissions from the landfill gas electricity generators which are the equivalent of fumes from 24 B Double size prime movers. There are also very large earthmoving machines operating at all hours at the site and these generate large volumes of dust, noise, black smoke and particulate pollution. All this is “garnished” by an eternal adornement of roadside rubbish and road kill kangaroos along Long Gully Road which is one of the busiest and congested link roads in Canberra.

Public consultation for the cemetery/crematorium has been a joke and the MLA’s from all sides of politics who formed the commitee (they probably never even visited the site) to recommend the final approval should hang their heads in shame.

It’s going to be a big 2020 election issue in the suburbs around it.

Bekah Glaz - 31 minutes ago
Maybe they can issue a warning to cyclists that think a red light only applies to cars, and they can zoom across traffic ligh... View
Joe Zuzek - 1 hour ago
Every person on a scooter means one less driver on the road... View
Rob Thomas - 2 hours ago
But its what we do best! View
News 17

Jayne Denise - 37 minutes ago
Eleni Curry want me to break your arm?? 😉... View
Sue Davies - 5 hours ago
Good luck on your new adventure to you and your family View
Food & Wine 57

Julie Macklin - 3 hours ago
Go tell him that. He wins; that's all that matters to him. View
Mac John - 4 hours ago
And it’s time for senator Seseljs to get out of politics View
Jason Ezra - 5 hours ago
A move to prevent an alternative emerging in light of the election result. And some think they care what the electorate actua... View
ACT Election 14

Guy Hosking - 5 hours ago
The Eugowra line provided the setting for the final shootout in the episode of Inspector Morse set in Australia. Closed short... View
Opinion 21

chewy14 - 5 hours ago
Ssek, I'm glad you asked. The answer is lots, specifically because it's so easy to tailor your finances around receiving the... View
ssek - 6 hours ago
Yes, a couple on the pension CAN own a home and have up to 876k in assets. How many do you realistically believe to be in tha... View
News 26

@The_RiotACT @The_RiotACT
An L-shaped floating pontoon will be delivered as part of the Batemans Bay Bridge replacement project https://t.co/dAQdoMPvzT (2 hours ago)