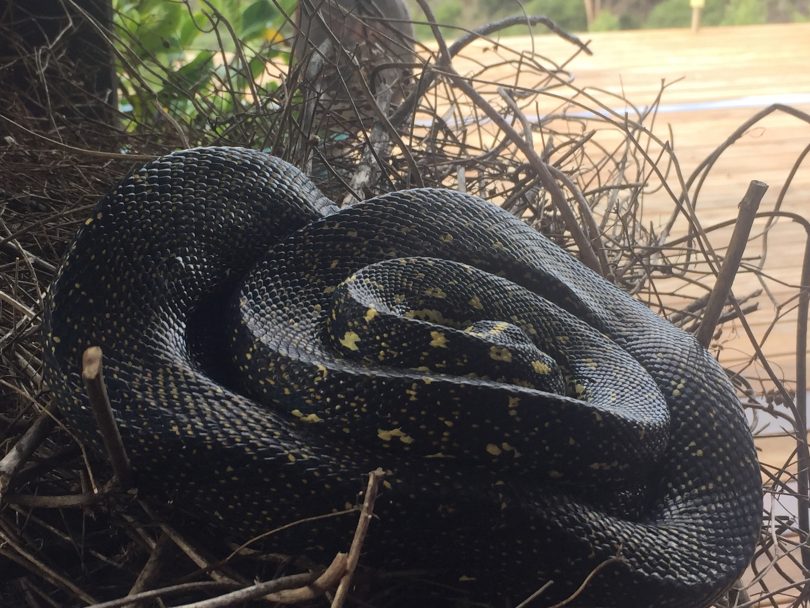 Pythons were among a range of reptiles seized during Operation Blizzard. Photo: Lisa Herbert.

Twenty-seven native pythons and three pygmy bearded dragons have been seized from a Canberra residence as part of a nationwide blitz on reptile smuggling.

The ACT Parks and Conservation Service recently conducted multiple inspections as part of a three-week international operation known as Operation Blizzard which ran from 22 April to 12 May and targeted the illegal trade of reptiles.

The Australian arm of the operation involved environmental agencies from every state and territory and included surprise raids, compliance inspections and random airport checks, resulted in the seizure of 69 reptiles.

It was coordinated by the Department of the Environment and Energy’s Office of Compliance and saw the Australian Border Force, the Agriculture Department and environmental agencies joining forces to combat wildlife trafficking at a national level.

The ACT Parks and Conservation Service said it was pleased to take part in Operation Blizzard and is currently pursuing ongoing investigations, including caring for the 30 reptiles it recently seized.

“Throughout the operation we conducted multiple inspections on both private and commercial reptile licence holders,” said an ACT Parks and Conservation Service spokesperson.

“We welcome any opportunity to educate licence holders and the wider community on the importance of reporting animals being taken from the wild or the keeping of unlicensed reptiles so that we can help combat the illegal wildlife trade and protect the biodiversity of the ACT.”

Australia and 13 other Interpol-member countries participated in Operation Blizzard, with Australian wildlife authorities executing seven search warrants against suspected illegal traders across Australia, as well as undertaking 51 wildlife compliance inspections which resulted in 17 detections of non-compliance.

Wildlife trafficking is a serious crime which is seen as the cause of the decline of many species around the world.

The maximum penalty for wildlife trade offences under Australian law is 10 years’ imprisonment and a fine of up to $210,000 for individuals, or up to $1,050,000 for corporations.

“Operation Blizzard shows what can be achieved when our federal, state and territory agencies work collaboratively to disrupt wildlife crime. Officers from all agencies are working tirelessly to thwart this illicit trade,” said the Department of the Environment and Energy’s Chief Compliance Officer, Monica Collins.

“This is an incredibly cruel trade and the ABF will continue to do whatever we can to stop it,” said Superintendent Dawson.

As part of Operation Blizzard, ABF officers at Melbourne Airport arrested a 27-year-old Japanese national with 17 shinglebacks and two blue-tongued lizards concealed in her checked-in luggage. The woman is suspected of being involved in an international wildlife trafficking syndicate. 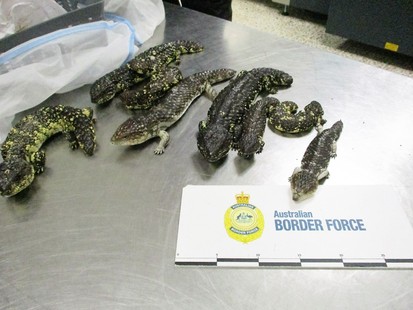 In another part of the operation, the Department of Agriculture is currently investigating the detection of nine live turtles in an international mail parcel imported from Hong Kong.

“Illegal reptile imports pose a significant biosecurity risk, as they could introduce pests and diseases that can impact on human and animal health, as well as the environment,” said the department’s Chief Environmental Biosecurity Officer, Ian Thompson.

Operation Blizzard also saw 25 live and dead animals seized in Tasmania, including a large carpet python. On top of this, 13 animals were seized in Queensland, and two live pythons and a bearded dragon were seized in Western Australia.

Some crazy folk out there. Just leave it alone.

Brost Freezeman where were they?

George Watling - 26 minutes ago
Phil Ebbott it wont be closely regulated. the governments goal is to an infill free for all and it doesn't matter where is ha... View
George Watling - 39 minutes ago
These multi title trojan horses are cropping up all over Canberra. Developers are trying it on in Holder and Weston and other... View
News 45

Shane Westmore - 45 minutes ago
Absolutely. There’s people voting now who are completely misinformed about anything going on in this country & waste their... View
Nada Krstin - 3 hours ago
oops, meant to say, cannot have it one way! :)... View
Nada Krstin - 3 hours ago
No. And if you think they are mature enough to vote at 16 or 17, then they should be tried for any crimes as adults as well,... View
Opinion 94

markd1 - 7 hours ago
Large Eucalyptus trees maybe not, but about half of all Eucalypts are mallees--small trees, many of which are perfect for Can... View
Motoring 3

Capital Retro - 8 hours ago
I don't dispute that it would pull a trailer but based on the risk from the VW Jetta engine failures I wouldn't risk a $60,00... View
Community 4

Linda Stapleton - 8 hours ago
I was homeless once with two babies... oh I had the car, but it isnt the safest place to raise kids... thank goodness for wom... View
Community 2

@The_RiotACT @The_RiotACT
Canberra musician @lucysugerman deals with the messy, angry aftermath of a break-up on her latest single, 'golden boy' https://t.co/awfirYuNsw (4 hours ago)