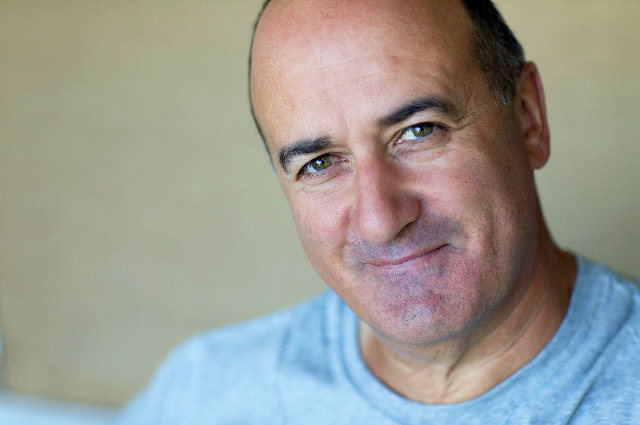 666 Canberra breakfast host Philip Clark is being tipped to succeed Tony Delroy as host of Nightlife on ABC local radio nationally, but the respected local radio presenter has told the RiotACT this morning that he is “happy doing breakfast”.

Mr Delroy broadcast his final program on Friday night after 26 years in the Nightlife chair and 30 years at the ABC.

Dominic Knight takes the reins at Nightlife tonight in a temporary capacity.

Nightlife features news, current affairs, lifestyle and entertainment, and is the highest rating program nationally on ABC Local Radio. It airs from 10.10pm till 2am Canberra time.

With the current eight-week ACT ratings period in force until September 17 and the ACT election on October 15, Mr Clark is unlikely to make a sudden departure from Canberra’s morning airways.

666 Canberra’s breakfast show has consistently rated number one since Mr Clark took the helm in January 2014, as it did under his predecessor, Ross Solly.

Solly hosted the breakfast slot for nine years before leaving Canberra when his partner, Samantha Hawley, was posted to Bangkok as the ABC’s South-East Asia correspondent. Ms Hawley was appointed to head up the ABC’s Jakarta bureau a year ago.

The RiotACT contacted Nightlife this morning and will add their response to our inquiry once we hear back.

Its similar to any other radio or TV show where the host is being replaced. Tony Delroy was great his job as host of The Nightlife. One of his strengths was giving all people a chance to express their views not just the ones that agreed with Tony.
Whoever takes over the show will have to make it their own show and not a copy of Tony’s show. Keep the same elements (e.g. the Challenge and ring in discussions) but the show can be slowly changed to project the new personality behind it and take the Nightlife “family” along for the ride.

Tony Delroy? I have a cassette tape I recorded of the 2UE news in 1975 and the newsreader was Tony Delroy. Is it the same person or is it his son?

Would be one and the same John – I believe he worked at 2UE for a while during his pre-ABC career.

I haven’t listened regularly to his program for a while now, but it was a staple for me during my later high school years and time at uni – in particular listening to the quiz after Midnight. Won’t be the same on the odd occasion that I drive to Sydney during the week and come back late and listen in.

Tony Delroy? I have a cassette tape I recorded of the 2UE news in 1975 and the newsreader was Tony Delroy. Is it the same person or is it his son?

I listen to *an* ABC radio – Triple J – but my mate on the south coast listens to ABC radio (the one referred to in the article) almost exclusively since a lot of other stations won’t pick up where he is.

Appears I am the only one in Canberra that listens to ABC radio.

Ashley Wright - 5 minutes ago
Finally Relented less traffic 10-20 years ago too. Plays a big part of if. And building bigger roads isn’t the answer. View
Finally Relented - 1 hour ago
Ashley Wright yeah. Know that. Lived here all my life pretty much. They don't work any more. Much better 10-20 years ago. Pla... View
Ol L - 19 hours ago
Maybe if we do nothing another government will be in power when it all blows up, so let’s do nothing in the meantime View
News 51

Ian - 11 hours ago
This opens an interesting idea for industrial action. Everyone turn up at the same time on the same time, and overfill the av... View
Adam Jovanovic - 12 hours ago
Depends on the person. If works pretty much your only social life then yes it will be hard and your going to have to make an... View
Helen Prior - 14 hours ago
Not only has the human factor gone from work place, it is disappearing from from all over Canberra. View
News 23

While Canberra is not a big city, it is relatively spread out so there is a common assumption that everyone...
News 70

@The_RiotACT @The_RiotACT
Prince Philip has been remembered for a life of service, and Canberra's carriage-driving fraternity recalls a fierce competitor who inspired a future world champion https://t.co/o0qMJekdNQ (50 minutes ago)

@The_RiotACT @The_RiotACT
Canberra’s most pup-posterous & dog-centric event of the year is returning on 24 April, with BarkFest 2.0 promising a paw-fect doggie day out https://t.co/4lkhjEFvJW (13 hours ago)