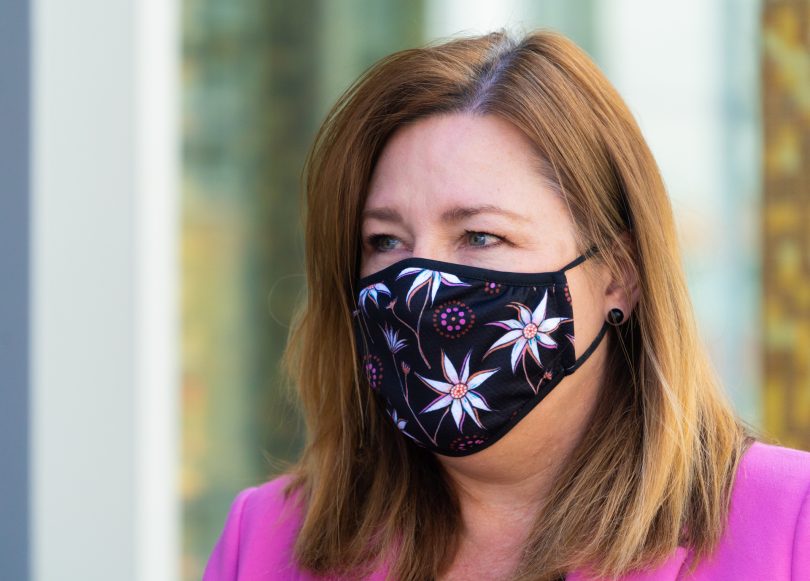 A Budget estimates hearing earlier this week into shortfalls in the education workforce has asked more questions than it answered.

Despite a damning report released by the Australian Education Union (AEU) earlier this year, the Minister for Education Yvette Berry and senior bureaucrats could not yet confirm whether teachers are leaving the public system in the ACT, and if so, why.

Likewise, neither the Minister nor the Directorate could definitively say how many teaching positions would be created this fiscal year.

The current Budget provides for 42.5 full-time equivalent (FTE) positions made up of teachers and support staff as part of an equitable enrolment adjustment.

Ms Berry took a question on notice about how many of these positions will be filled by teachers.

Education Directorate director-general Katy Haire also noted there will be further baseline funding available to support the growth of the public education system, which will also allow for more teachers.

Again, no precise figures were provided.

It’s also been reported that 188 positions in education – mostly cleaners and building maintenance staff – were being cut as the Jobs for Canberrans funding ended.

Opposition Education Spokesperson Jeremy Hanson questioned how this could add up to the 400 extra teachers and support staff the Government committed to in an election promise last year.

“Why isn’t the money in the budget to pay for some of those teachers that you promised?” he asked.

Mr Hanson also pointed out what he saw as a “disconnect” between the Budget’s provision for teaching positions and the recent survey results which he said had identified a “crisis” within the system.

During the Budget, Ms Haire and Ms Berry both made comments that seemed to contradict the AEU’s survey results. Ms Haire told the committee that there were only 12 vacancies across the public system.

Ms Berry also said ACT teachers are among the highest-paid and longest-serving nationally.

Data from the Teacher Quality Institute (TQI) presented in the hearing by chief executive Coralie McAlister showed that 90 per cent of the 8,400 teachers eligible for renewal each year did so.

Furthermore, she said most of those who allow their registration to lapse do so because they are retiring.

She said an increase in lapsed registration was not evident, suggesting teachers are not leaving the workforce in large numbers.

This, Mr Hanson suggested, contradicts the results of the AEU survey which showed 91 per cent of ACT public school teachers were negatively impacted by a lack of staff.

The survey also revealed 95 per cent of staff thought workforce shortages were serious.

When the survey results came out in August, Ms Berry established a task force to better investigate how to attract and retain skilled teachers to the public system.

She said on Tuesday that work would establish exactly why teachers are leaving and that “nothing is off the table” when it comes to finding innovative ways to attract skilled and qualified teachers to the workforce.

Ms Berry said exit interviews with teachers who do leave had been underway for some time “at a school-level”, but that process was now being centralised to allow for a more comprehensive understanding of why teachers were leaving the public system.

Might I suggest that some of these people shadow some teachers for a few weeks? It will soon become readily apparent what the issues are. If you don’t know, it’s because you’re not asking the right questions, observing the right circumstances or speaking to the right people.

Primary education is a complete catastrophe in the ACT. Teachers don’t teach they facilitate and in primary school that’s a giant mistake.
Why not get some older people perhaps retired or semi retired into the schools. People with passion, enthusiasm, knowledge and wisdom into the classroom to uplift and inspire the kids. Get some discipline and structure back into the school system then you’ll see improvement.
Watch this interview with a UK principal who turned a school located in a low socio economic area and made it one of the best schools in the UK.
https://youtu.be/lXfIA8aLtN8

Eddie Majcic I literally couldn’t laugh at this harder if I tried. Yeah sure, let’s increase the amount of people in schools who actually create the problem. That should work 🤣 This has nothing to do about the age of the teachers and if anything, it’s the older ones who just turn up for the paycheck who are the problem. This has everything to with education being run by people who have no idea about education. Watching young teachers come in with all the passion and enthusiasm in the world, and watching them get destroyed by the bureaucracy is heartbreaking.

Michelle Guerrero well said. I am a pre-data teacher…manic data collection was the worst thing to happen to teaching. It created a strata of executives who know nothing about relationships and everything about bloody excel spreadsheets.

Rates and taxes are through the roof, debt is at an all-time high ($940 Billion deficit this year alone) and services are being cut, roads are full of pot holes, and the list goes on and on..

It is interesting that nobody is looking to schools that are well run.
Some principals are just happy to just sit in their positions until retirement day.
How about we start assessing how schools are run instead or students.

I know lots of them who’ll tell you why. The directorate don’t want to say because it’s their fault and they’ve done nothing to stop the rate of leaving. It’s not just retiring, it’s disatisfaction with a system that’s under pressure. This has been happening for a while and rather than fix the issues, they’ve demanded “school improvement’ programs, once again throwing the problems back to the teachers rather than the directorate taking responsibility.

The TQI stats look like that because to lose your TQI is so onerous ppl will do anything to keep it. Let us remember that Act teachers are held artificially ‘hostage’ by TQI restrictions that do not recognise anything other than working in a school as an educational job. It is a shame as many of us gained invaluable skills used in the classroom from participating in other educational settings earlier in our careers. That is no longer possible. A ‘closed shop’ has been created. And TQI has no supervising body so they just make up whatever they like. The anger and resentment towards this ‘Institute’ is palpable within the profession.

Kriso exactly! No one can tell me what it is that TQI actually does with the $115 we have to pay every year, along with the required hours and reflections that need to be submitted.

They know why we are leaving the profession! And if the riotact wants to know, ask teachers! Workload, violence in school, lack if resources and support! It seems that it is acceptable for students to be violent towards staff when no where else (except maybe health care) in society it is ok.
The directorate is also no longer acting like an ‘Education Support Office’ but bureaucracy making decisions for a profession that they know nothing about and costing money which could be used the schools.

Lucy Shanny at least Health have procedures in place to get security and support staff if they are out a risk of violence. Teachers can be so isolated in these situations ❤

Megan Doherty true! No security personnel to step in at a school!

Yet another Labor stuff up

“It’s also been reported that 188 positions in education – mostly cleaners and building maintenance staff – were being cut as the Jobs for Canberrans funding ended.”

Yeah who needs working toilets, working lights, kept gardens and lawns, safety compliancy, or clean class rooms and grounds anyways… 🙄 Why are maintenance related roles always the first to be cut in non-trade industries? People don’t notice things break because maintenance staff work behind the scenes to ensure everything is working properly. These positions should be non-negotiable for the health and safety of school staff and students.

Ashley Latimer it’s insane. We’re in a pandemic where public health resources are stretched and the Government is cutting cleaning and maintenance which is essential for public health.

Cutting cleaning is literally insane. Coming from living in UK/Europe in 2020, some countries were boosting their cleaning staff numbers to ensure safe environment, and were dropping them.

Instead we send hundreds of millions of dollars towards a tram line that’s being extended less than 1km.

Ashley Latimer probably out sourced to a companies. Hire someone like Serco to provide all the cleaning and maintenancs.

Onelia Herriot That ends up being more expensive in the long term for lower quality services, though. Presumably if a school has outsourced these positions to an external contractor, those hours will be cut thus the savings. Without onsite staff to do daily checks on maintenance items, the lead time on having issues resolved increases greatly at the detriment of staff and children; the only time it makes sense to source an external contractor for on-going maintenance is to avoid staff liabilities at a higher month to month cost. I don’t doubt this is the way it is for some schools already, unfortunately. But like buildings, each school is unique and has it’s own niches so to me it makes sense to judge each school on an individual basis rather than perform broad cuts. Just my opinion.

I presume cleaning has always been managed externally given the nature of the work and the lack of full-time hours at any one specific site, or at least some aspects of cleaning. ISS for sanitary servicing, for example. It’s sad to see cleaning (contracted or not) as one of the reduced services, as if the health and safety of children takes a backseat to government-based learning…