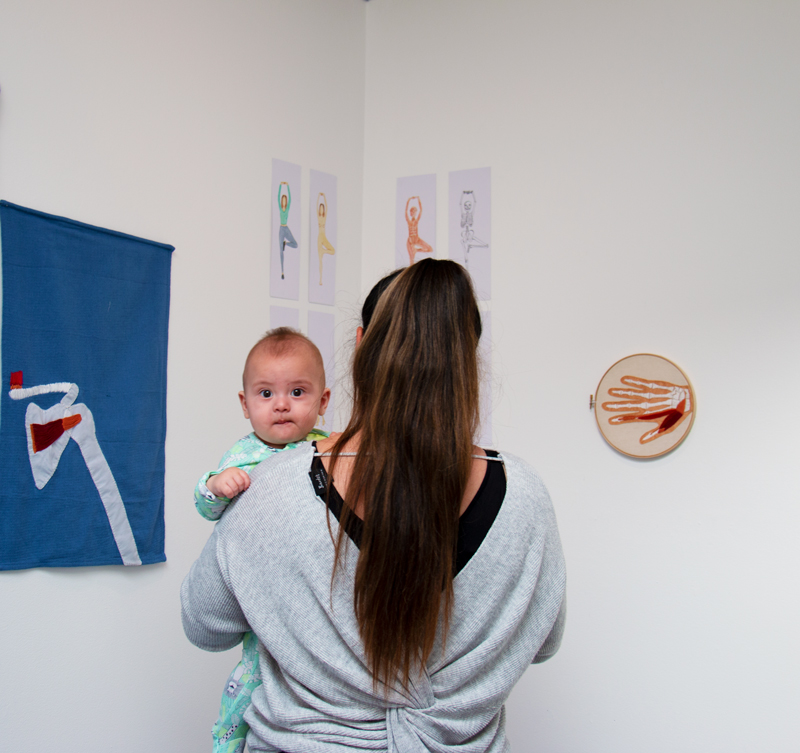 A patron admires Anatomical Yoga with her newborn. Photos: BCS.

At the Belconnen Community Gallery hangs caricature images of skeletons in yoga poses, a wafer-thin dress, and a crocheted anatomical depiction of a human heart.

These are explorative pieces made by talented artists who recently graduated from the Australian National University.

The four artists explore processes of the body, memory, growth and destruction, combining the deeply personal with a broader outlook.

Their individual work couldn’t be more different from each other but when laid out in the light-filled gallery, there’s a synergy to it that works almost effortlessly.

“It is clear that each of these artists is drawing on other things they know, things they have observed and experienced, and sense-making through their work,” Lucy Irvine, textiles lecturer at the ANU School of Art and Design, said in her opening remarks.

“There are central themes like innovative interfaces with technology and a healthy critique of forms of knowledge that traditionally sit further up in the academic pecking order.”

Visual arts graduate Angela Coleman’s work Dresses is part of an investigation into the social construct of the dress and its ability to communicate memories, narratives and emotions. These dress artworks represent the autobiographical journey of the artist into a history of making dresses from an early age, particularly small doll clothes as part of her developing identity. 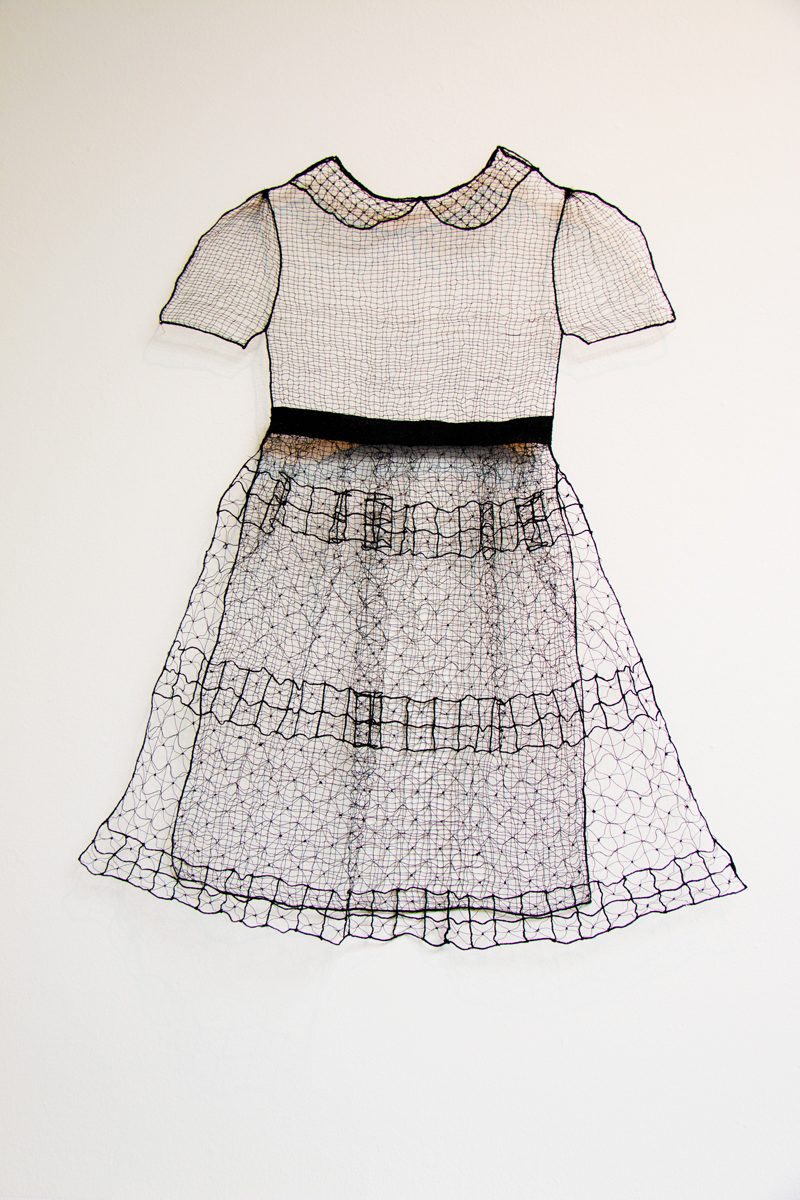 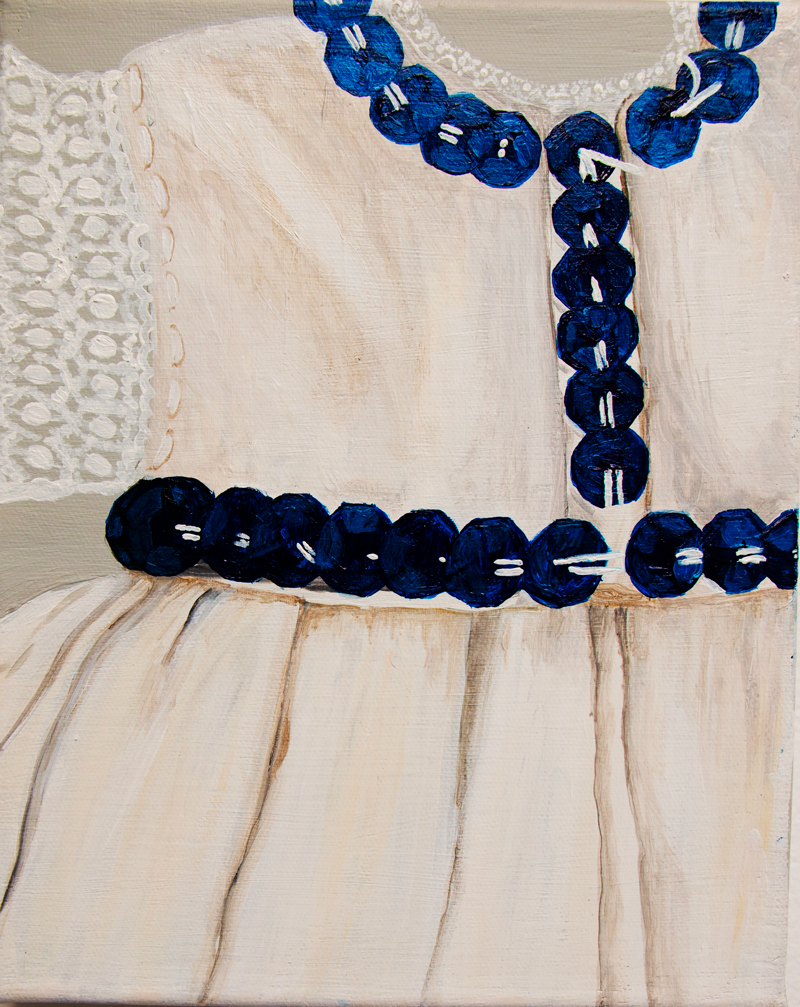 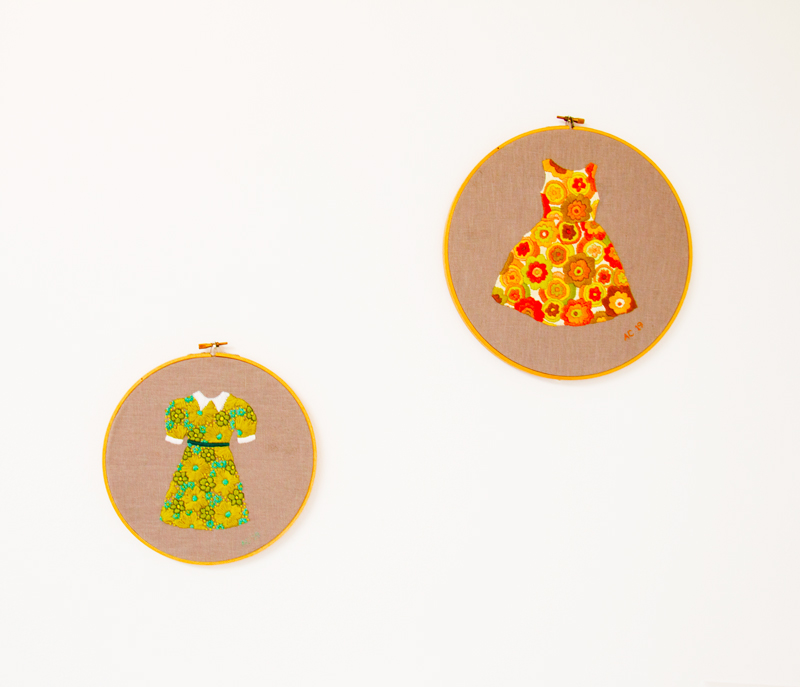 “Angela looks at how we adorn the body. [She] explored the dress as a site for memory and personal history,” Ms Irvine said.

Portia Lawson’s work Fibrocosm is a collection of scientific-like specimens created to explore the synergy of spontaneity and individuality, and order and uniformity in natural systems of growth.

“We could be witnessing a micro pox-apocalypse in a petri dish or a disaster unfolding at a global scale,” Ms Irvine commented, alluding to the captivating nature of chaos represented in Lawson’s artwork. 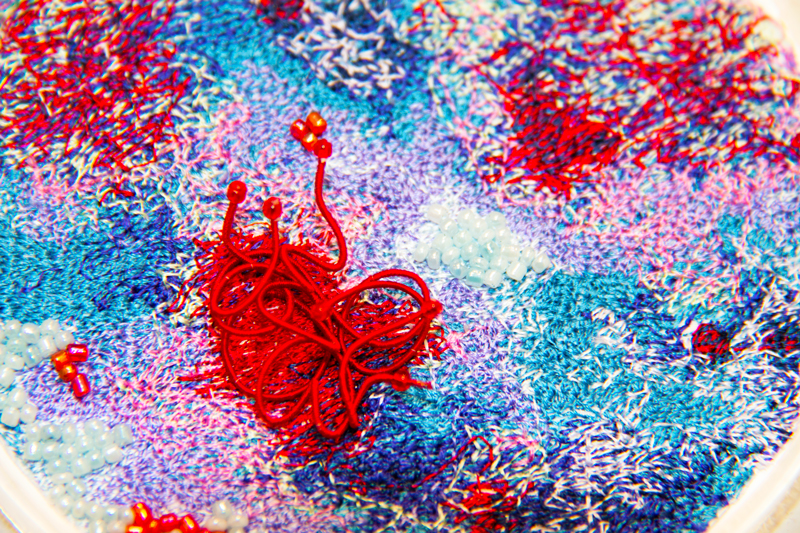 Rosie Armstrong uses the techniques of laser cutting and watercolour paints to create a narrative of insect decline in Requiem for Insects.

“Rosie has extended her innate ability for sensing patterns in Requiem for Insects. With each laser cut iteration, Rosie gradually erodes each species until all that is left are unrecognisable fragments,” Ms Irvine said. 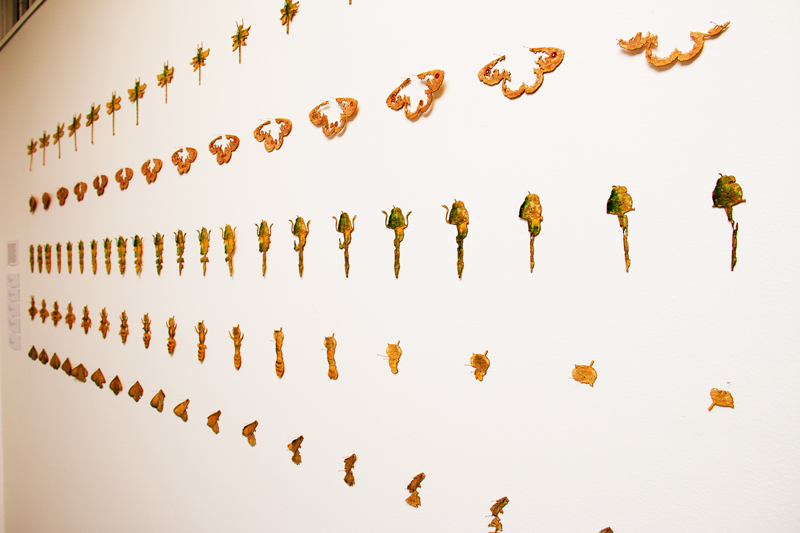 The fourth and final artist, textiles and science major Anna Roufogalis looks into the functionality and beauty of the human body through textile art, marrying her two academic worlds into a series of beautiful outcomes.

“[Anna] has tasked herself with making the visceral approachable,” Mr Irvine observed. “So through needle and thread we might better understand the connective tissue, the fabric of ourselves and be more curious rather than creeped out by what lies beneath our skin.” 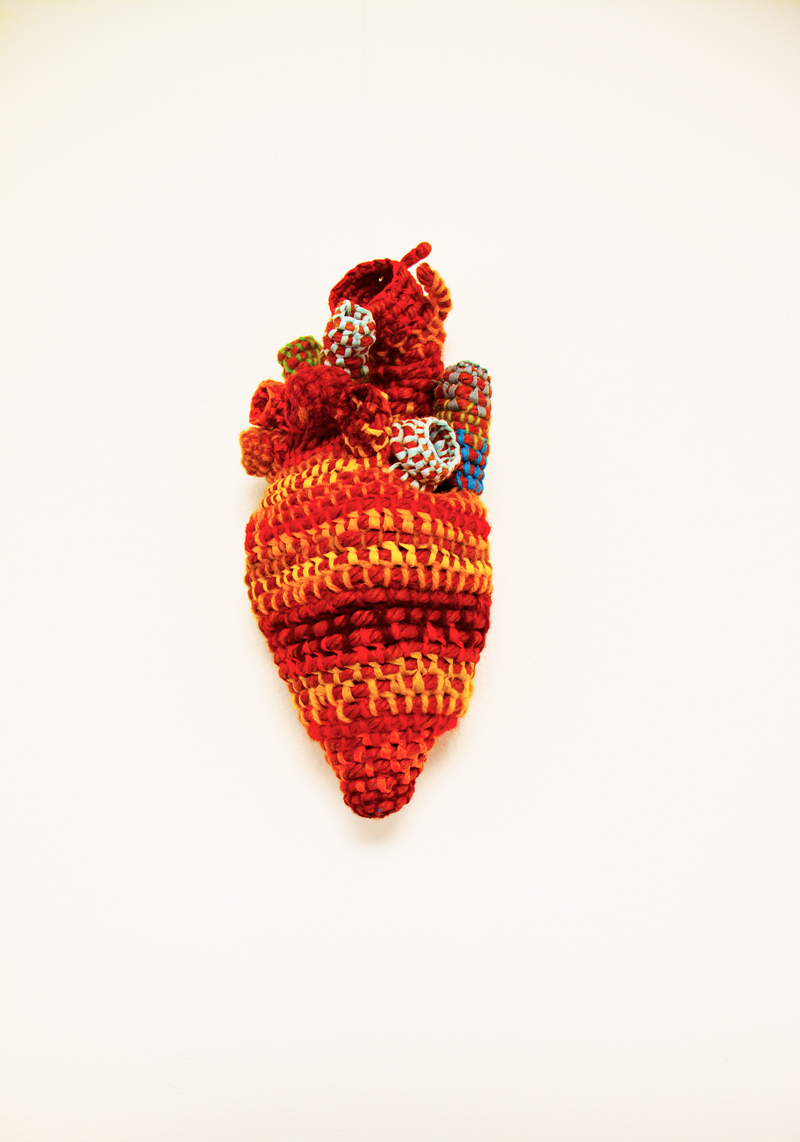 Pinned and Stitched is on display at the Belconnen Community Gallery, 26 Chandler St, Belconnen, until 14 February. Free entrance. Gallery opening hours are 9 am – 5 pm, Mon – Fri.

bj_ACT - 10 hours ago
Canberra is definitely improving and cities between about 400k and a million have great amenities without the negatives of ma... View
Melissa Hobbs - 12 hours ago
Need to sort out the health care system in the Berra. Worst in the country View
Breaking 3

JC - 12 hours ago
What sections of stage 1 are poorly designed and need fixing. As for the traffic lights you gotta be kidding right? As both a... View
Capital Retro - 14 hours ago
Three things to remember about the light rail: 1. The Greens want it. 2. It's all about urban renewal; it was never about pub... View
bj_ACT - 15 hours ago
I think you’ve raised some valid questions. There might well be valid answers from the ACT Government to those questions. I... View
Sport 4

Capital Retro - 17 hours ago
"The data is only accessed by ACT Health if it is needed for contact tracing purposes and contact details are deleted after 2... View
garyfrancis - 1 day ago
Under what rule, law or legislation is this being bought to us via? View
garyfrancis - 1 day ago
Argo please. The 28 day "guarantee" really? Who is going to get caught holding onto the information for more than 28 days? Wh... View
Property 36

jorie1 - 17 hours ago
These changes are ridiculous and will only force landlords in the ACT to sell up. It is already not financially viable to hav... View
Maya123 - 20 hours ago
The best time to get houses upgraded would be when the house is sold. This would then cover both rentals and owner live in ho... View
Acton - 22 hours ago
First will be calls from tenant lobby groups for mandatory roof insulation, then better blinds and curtains, double glazed wi... View
What's On 8

@The_RiotACT @The_RiotACT
Whatever you think about assisted dying, Canberrans should be able to decide the issue themselves, says Ian Bushnell https://t.co/uCBheueQMJ (1 hour ago)

@The_RiotACT @The_RiotACT
Rodney Plumb’s workplace has one of the best views on the South Coast, but when the massive new Batemans Bay bridge opens, the 78-year-old will be out of a job https://t.co/3qW3E9sZIB (13 hours ago)