A starry night, teary eyes and a new dog for Marleigh Fisher 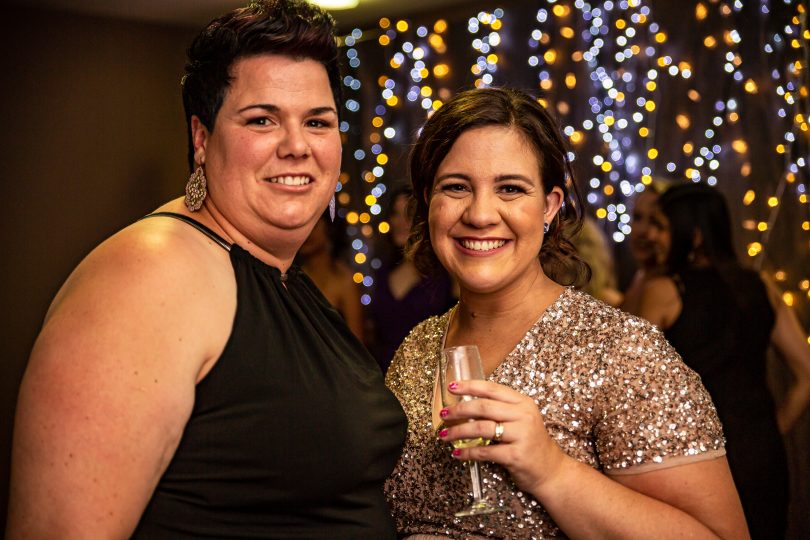 Three-year-old Marleigh Fisher is getting a dog.

On Friday night (15 November), Canberrans rallied at A Starry Night Ball to raise the money that ensures Marleigh receives the specially trained seizure alert dog that will help keep her safe during seizures associated with acute autoimmune encephalitis.

The condition, where Marleigh’s immune system attacks her brain, was diagnosed earlier this year after numerous tests ruled out strokes and a brain tumour. The dog can sense when a seizure is imminent and alert her family.

It costs $30,000 to train and buy the dog and the Fisher family this week made the journey to Queensland to meet a litter of special puppies from SmartPups that have been in training for their meeting with Marleigh. She will receive her special seizure alert dog in about six months.

“We exceeded our expectations and we couldn’t be happier for Marleigh and her family,” said Candy.

“People were so generous and they [the Fisher family] are doing the first meet of their new dog this week.

“There’s a litter of 12 dogs that were in training and Marleigh will definitely get the smartest one,” Candy said. 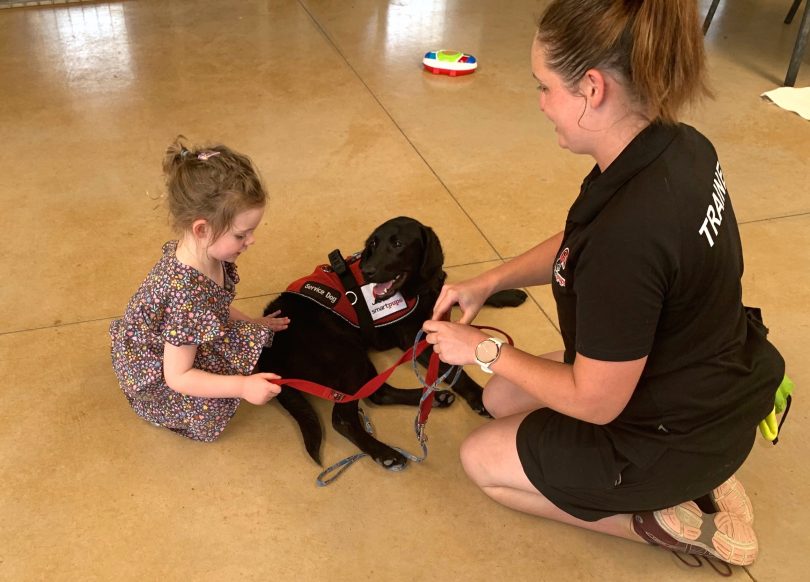 When friends of the Fisher family put their minds together to raise the money, the idea quickly evolved from a few sausage sizzles and cake stalls to “think bigger”.

Organisers Candy and Mark Van Poppel came up with the Starry Night Ball at the Southern Cross Club at Woden. They had already forged a close friendship with the Fishers. Now they’re ‘besties’ for life.

Hosted by the head of content at Mamamia, Holly Wainwright, more than 250 people attended the Ball where a massive number of donated items were auctioned. One of those was a Jamala Wildlife Zoo Experience at the National Zoo and Aquarium. It raised $3100 only to be donated back and auctioned again. This time, it raised another $2600.

The prize was unexpectedly – and very generously – donated to the Fisher family at the end of the night.

This was but one of a night full of special moments that saw a tight-knit group of people come together for one very special girl.

Marleigh’s mum Kate Fisher also spoke passionately about her family’s experience, with an enduring story of hospital visits back and forth to Sydney as there is no pediatric neurologist here in Canberra.

“Three weeks ago, we were in a helicopter airlifting our daughter to Sydney after she was unresponsive from a seizure,” said Kate during her speech that brought tears to many listening.

“We said our goodbyes as we weren’t sure that [husband] Geoff would see his daughter again. During that helicopter ride, we flew over bushfires and encountered turbulence as a medical team tried to keep Marleigh stable. In so many ways, our journey has been similar to that flight – a bumpy ride where, at times, we weren’t sure how we’d survive.

“And don’t even get me started on the NDIS,” said Kate.

But survive they have. 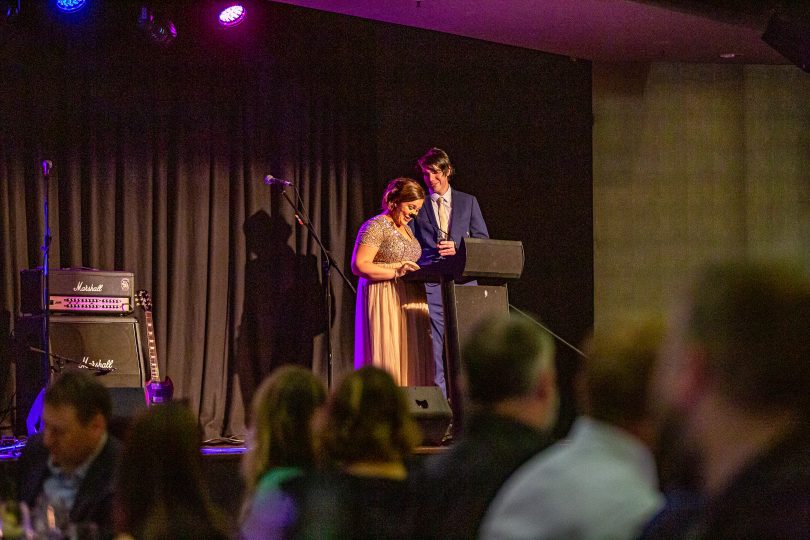 During her speech, Kate said they were grateful “and perhaps a bit jittery” that Marleigh was stable enough for them to have their first night out since Marleigh was born.

Marleigh’s condition means she needs 24-hour supervision. Her immune system is compromised and she would not be alive if it weren’t from the plasma transfusions of more than 80 donors.

The Fishers have indeed had a bumpy ride and each day is a gift. This week, their lives are looking a little smoother with the gift of their newest family member.

Donations are still being accepted for Marleigh’s ongoing medical expenses via the fundraising campaign here. 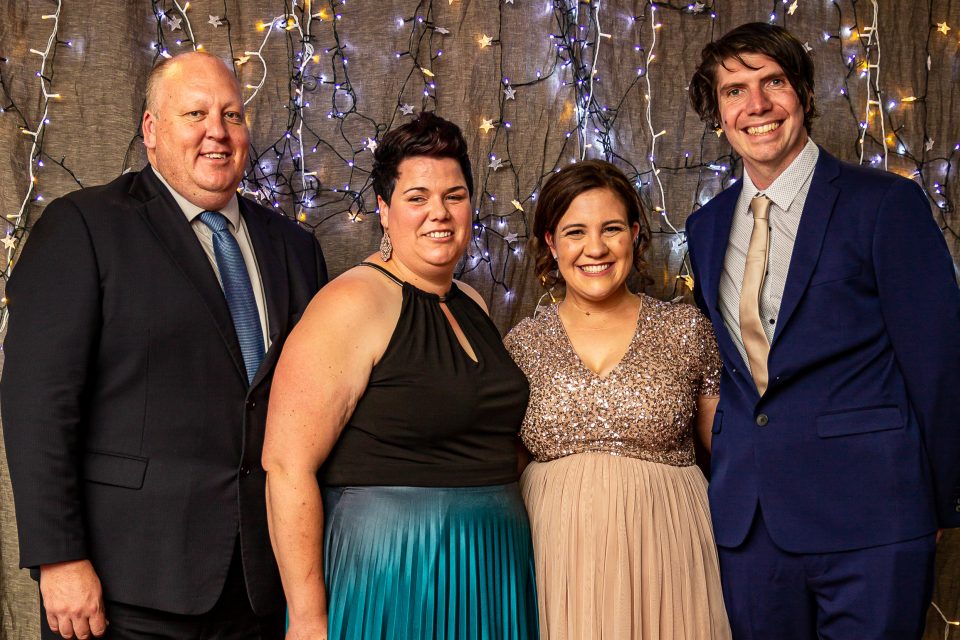 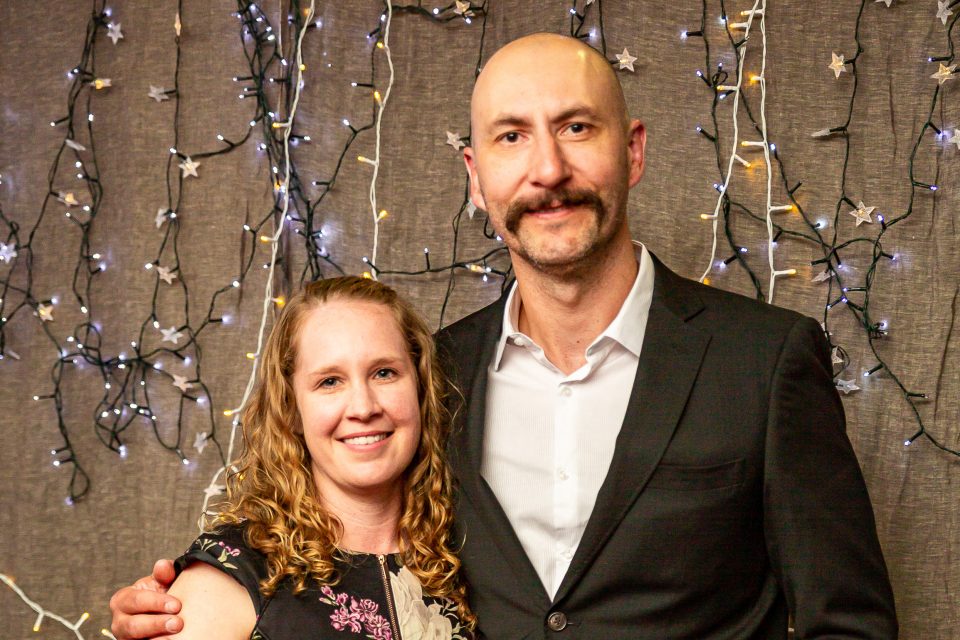 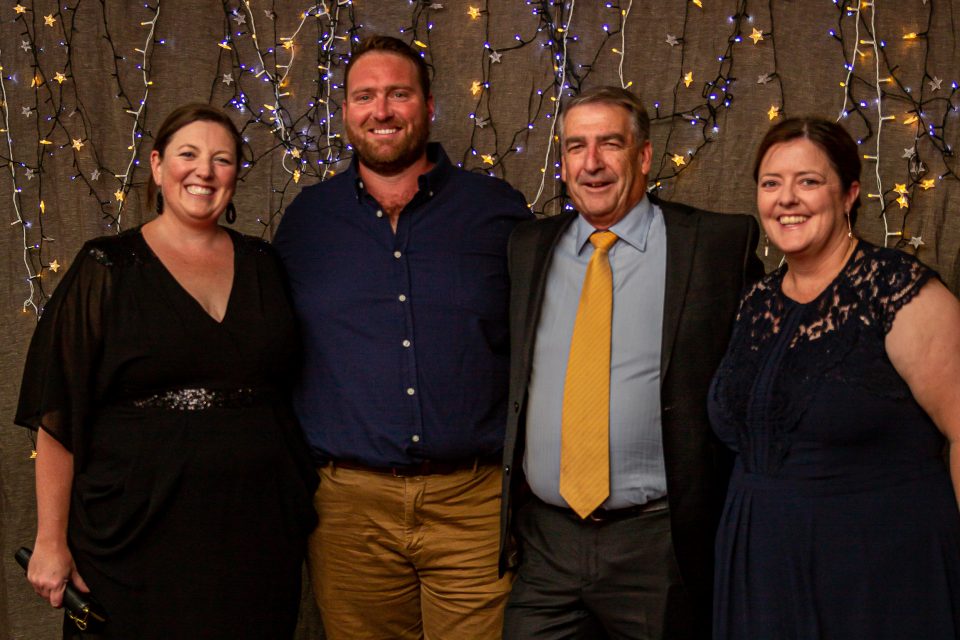 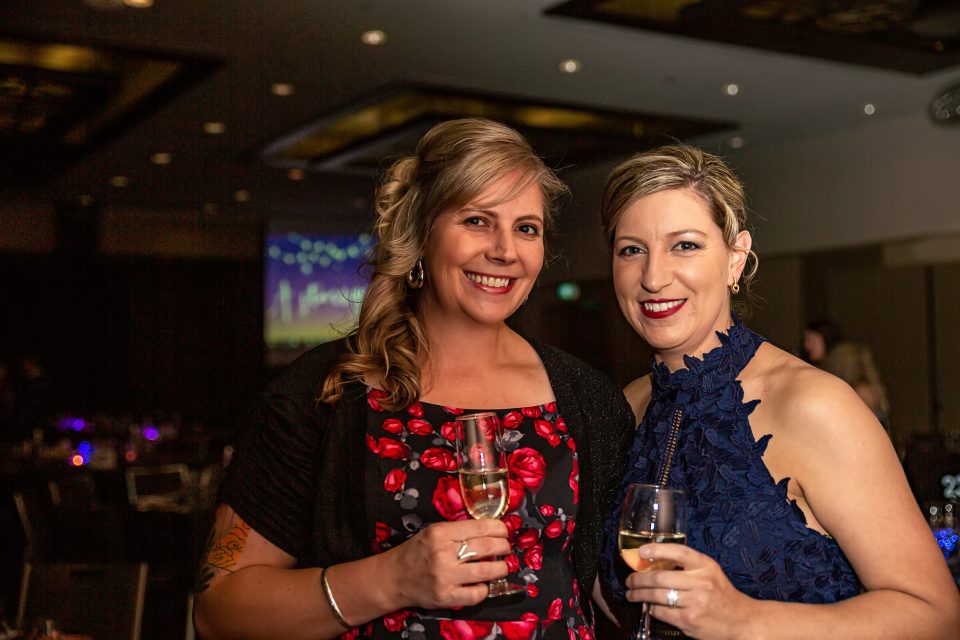 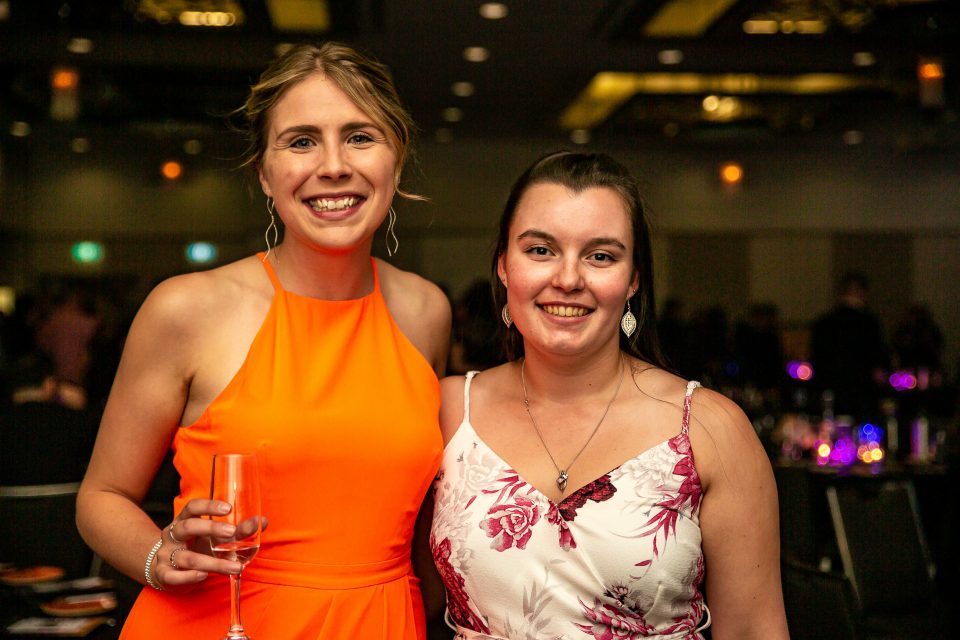 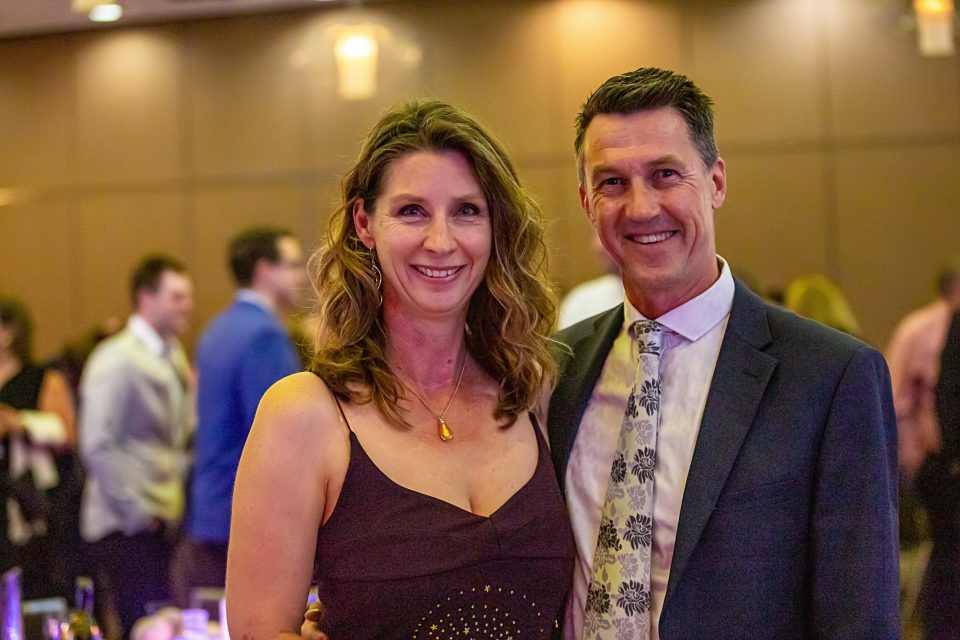 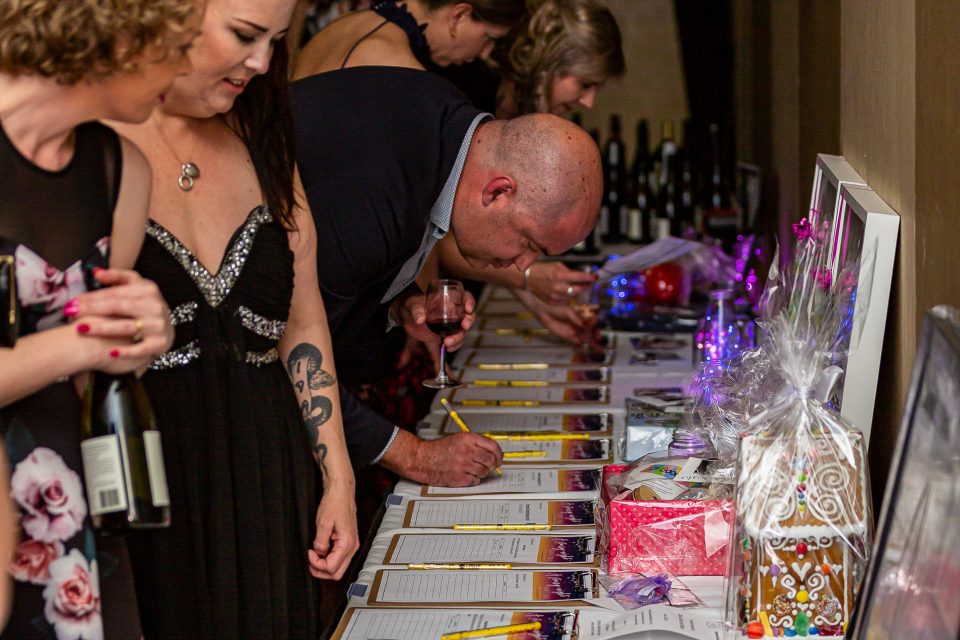 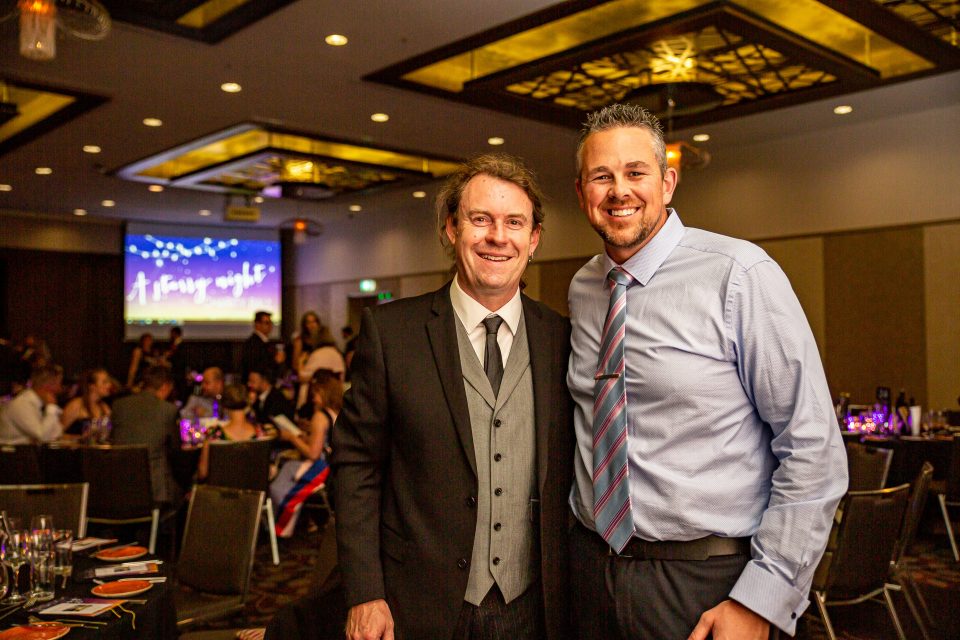 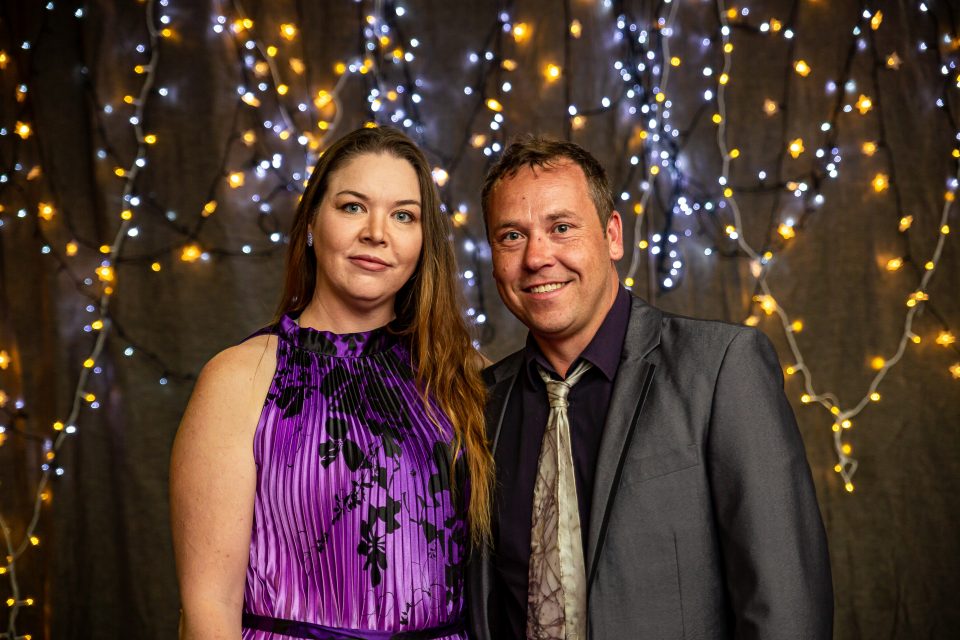 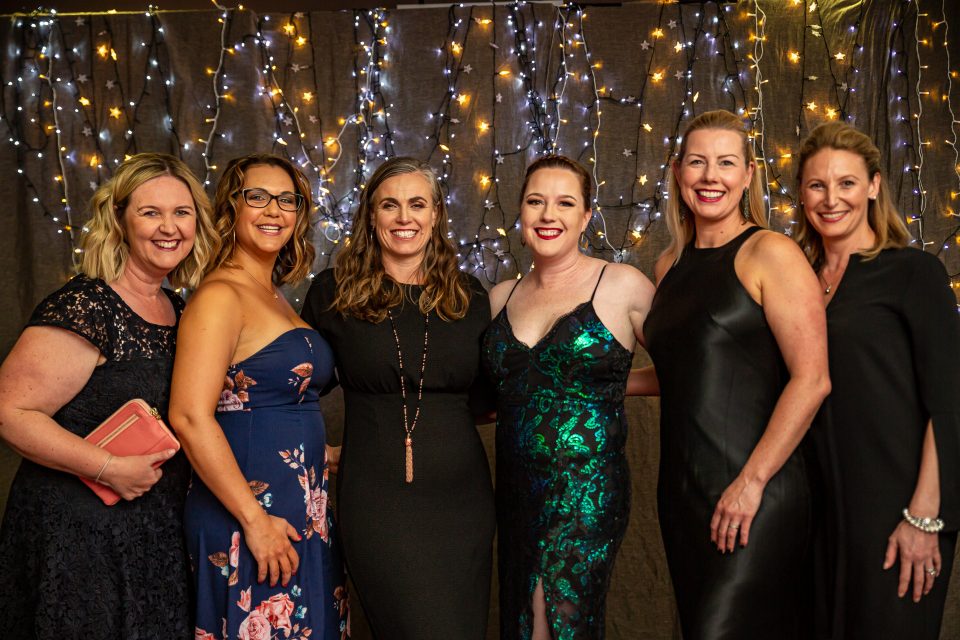 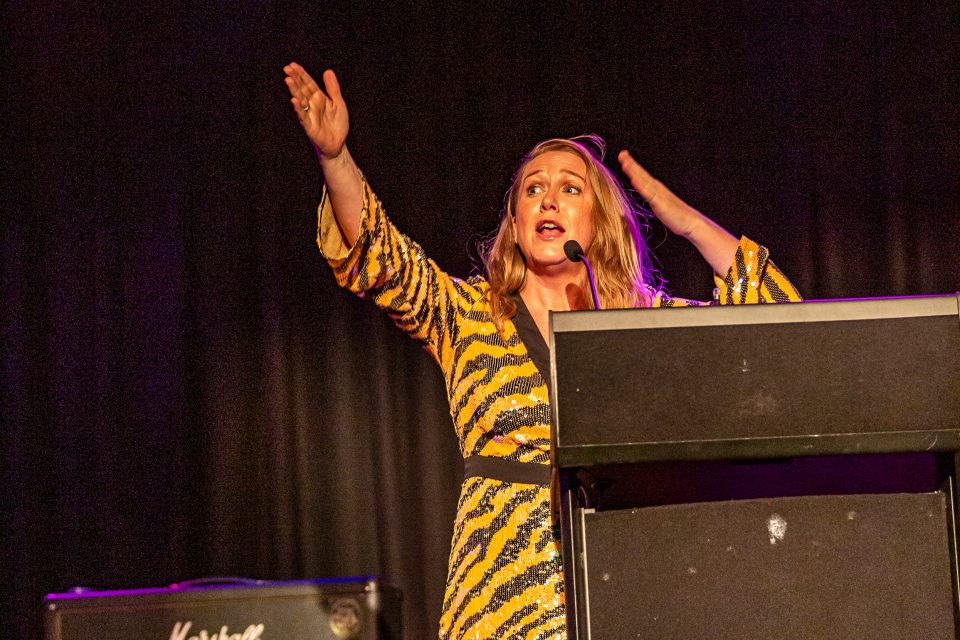 Host Holly Wainwright during A Starry Night Ball at the Southern Cross Club.
Share this article