In uncertain times,
we give you certainty.
9 December 2018

A year later, what difference has marriage equality made? 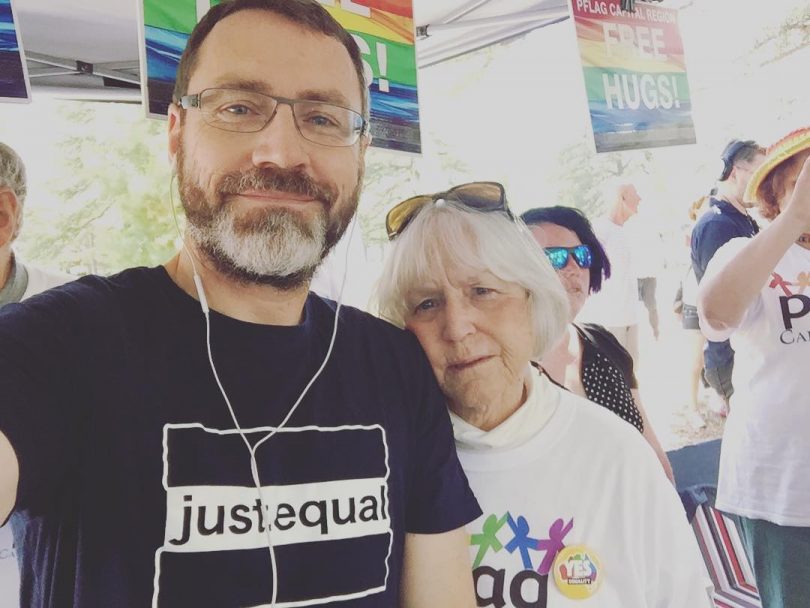 Ivan Hinton-Teoh and his mother on the day the same-sex marriage postal survey votes were announced, exhausted after the long campaign. Photos: Supplied.

Forgive us for just a moment, will you? We are currently awash with anniversaries and you’d be forgiven for feeling a pang of jealousy that the LGBTIQ community seems to be celebrating so much.

This week, we’re celebrating the final vote in the House of Representatives. This was the moment marriage law was finally changed to include us and, in my mind, the moment most worth popping the champagne corks for.

There are more anniversaries which show the long journey to this point.

Chris and I celebrated our tenth wedding anniversary in October: Canada had provided legal recognition of our relationships and, like many other Australians, we travelled to the other side of the earth to enjoy it with close family. Along with 30 other couples, we also married under Canberra’s ill-fated same-sex marriages laws in 2013.

11 December is yet another anniversary. Through the federal government’s intervention in 2013, it’s the date our ACT marriage was ‘voided’ by the High Court.

Not all anniversaries are worth celebrating.

While being a little jealous of so many anniversaries, consider, for a moment, what it must be like to want your marriage legally recognised, then have the Federal government make it disappear.

In recent history, the Federal government was so aggressively opposed to marriage equality it used the High Court to block and void the legal recognition of our union and that of others.

Chris and I were in the court at the time, hearing the arguments made: our weddings “mimicked” marriage, the Federal government had the sole power to legislate for marriage and our relationships, according to the Abbott government, were not to be included.

In Australia, we have so little legislative or constitutional protection from inequality that the High Court was compelled to agree. Then, despite defeating the plebiscite twice in the Senate, the political survivalism of the Turnbull government made us face a national campaign against our inclusion.

This campaign rarely attacked our relationships. However, it was open warfare on LGBTIQ kids, and on programs designed only to acknowledge their existence and include them. Recognising and respecting our trans community was “political correctness”, not basic kindness.

Again, we were defined as a threat to the community that needed to be controlled, silenced or both. It gives me a particular pride, then, in the face of so much misinformation, that the ACT returned the highest ‘yes’ vote in the nation.

I remember one particular late night call with two Coalition MPs, longtime supporters of marriage equality, who were trying to persuade me to stop our campaign against the plebiscite. It was apparent that moderates were incapable or unwilling to stand against the far right, or for providing access to a regular parliamentary process for our community.

This goes to the heart of why we found ourselves fighting a national vote: it was not self-evident to our supporters in the Coalition that LGBTIQ people were entitled to equal parliamentary process as much as equality in marriage. Retired High Court Justice Michael Kirby described the plebiscite as an act of discrimination.

This continues to be a reflection of government agencies, both federally and locally that, largely, cater to the heterosexual community but resist including us. Several states do have mechanisms to address our issues, reminding governments that we’re not equal until we are included by default. 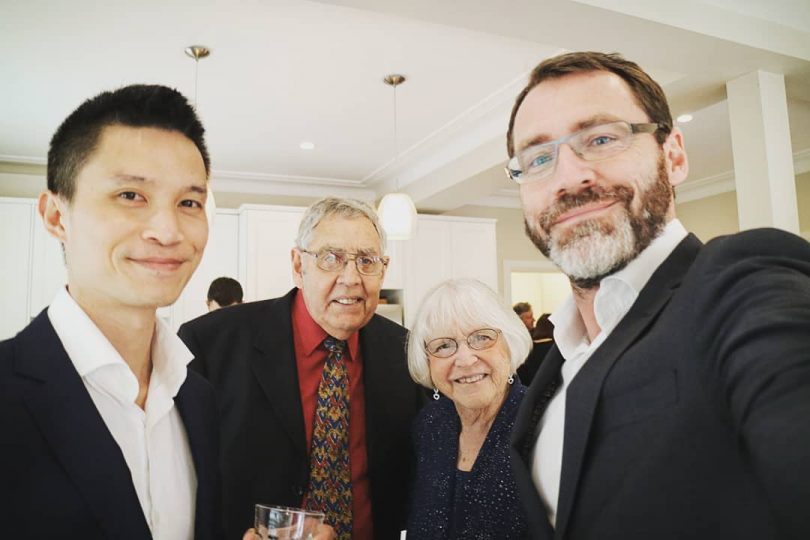 Chris and Ivan Hinton-Teoh and Ivan’s parents. They’re at the wedding of his father’s best man, which took place 42 years after he met his husband.

My Mum, the former president of PFLAG Capital Region and a longtime ally and champion of Canberra’s LGBTIQ community, commented recently that she’s dismayed with the apparent increase in death by suicide here in Canberra over the past 12 months, particularly within our trans community.

This would not be the case if life didn’t remain so challenging for some in our community. Despite the national vote, we’re not there yet within government, within the ACT or federally. Even this week, Barnaby Joyce is calling for the right to deny trans Australians access to educational opportunities.

So, please forgive us for our anniversaries, that there is an Office of LGBTIQ Affairs, or for some cute traffic signals.

They are not privileges to be envied; rather, small victories on a long path and a reflection of how far we have yet to go.

Canberran Ivan Hinton-Teoh is a founder of just.equal and former deputy director of Australian Marriage Equality.

In what way are other married people “funded by the state for years” and how has this been different?

How petty some people must be to criticise the rainbow roundabout in Braddon, painted at no cost to taxpayers, when their own unions have been funded by the state for years.

Wonderful that progress is finally being made. I look forward to these community leaders being recognised in the honours lists: but I won’t hold my breath just yet.