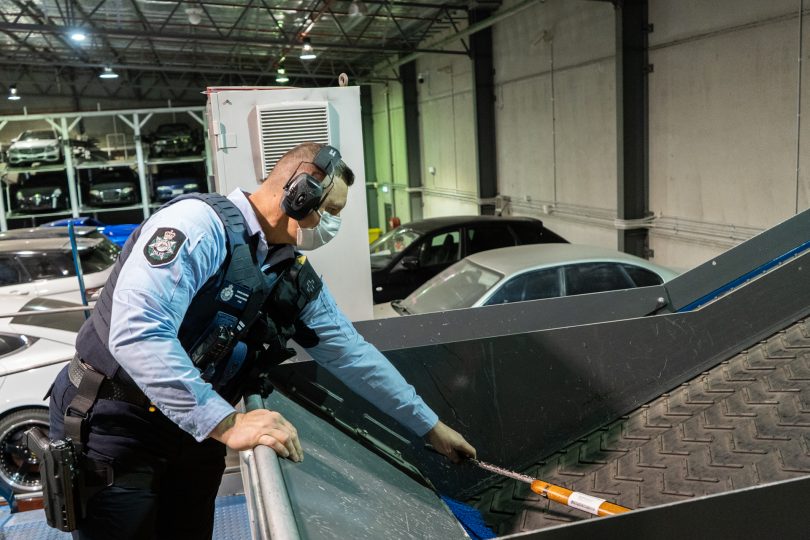 Surrendered firearms are shredded and destroyed as part of the National Firearms Amnesty. Photo: Dominic Giannini.

Almost 700 firearms and 60 accessories were handed into ACT Policing during the last firearm amnesty in Australia, in 2017, and this year police are hoping more people will bring forward their illegal weapons.

More than 57,000 weapons – including a rocket launcher – were handed in nationwide during the 2017 amnesty.

Firearm parts, sound suppressors, magazines, ammunition and non-firearm related items such as knuckledusters or crossbows can also be handed in.

Surrendered firearms are shredded and destroyed.

Handing in guns that have been in the shed for a while, or that Canberrans have not gotten around to disposing of can help prevent opportunistic burglaries, accidental discharges and severe incidents of domestic violence, said chair of ACT Crime Stoppers Diana Forrester. 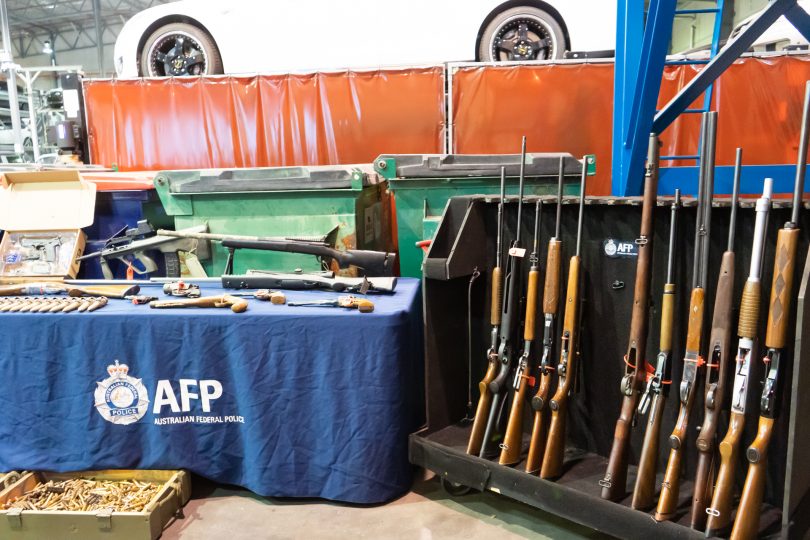 “All of us have seen the harm caused by the unlawful use of a firearm,” she said.

“Not just the victim, their friends and family, but also the impact on the community confidence that often follows, which is why we all have a part to play in making our community safer.”

While police do not have an exact number of how many illegal firearms remain in the community, Acting ACT Chief Police Officer Liz McDonald said just one is too many.

“Firearms are used in our most violent crimes, including murder, shootings causing serious injuries, armed robbery, threats to kill and extortion,” she said. 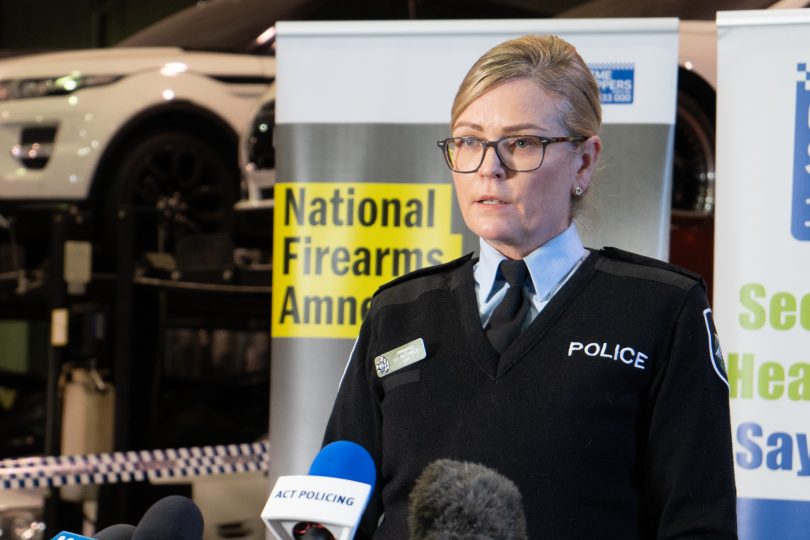 “Firearms-related violence is one of the most significant issues we face as a community.

“We do not want them in the hands of people who want to do harm to us, which includes organised crime gangs and violent criminals.”

Chief Police Officer McDonald said ACT Policing is seeing a trend towards burglaries where offenders come across firearms and seize the opportunity.

“Please hand in your unregistered or illegal firearms guns now to avoid prosecution and help ensure Canberra remains a safe place,” he said. 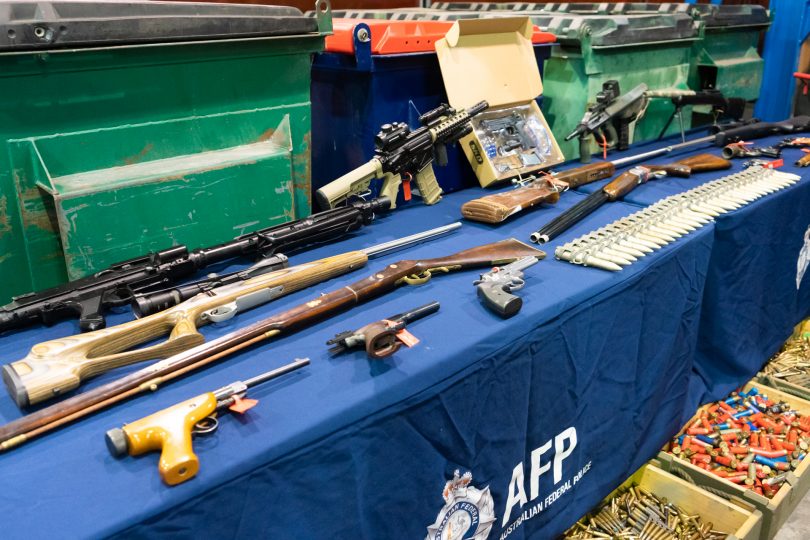 Canberrans are being urged to surrender their illegal weapons as part of the National Firearms Amnesty. Photo: Dominic Giannini.

The National Firearms Amnesty surrender location in the ACT is the ACT Policing Firearms Registry at the Exhibition Management Centre at 86 Vicars Street in Mitchell.

Further information, along with requirements in all Australian states and territories, is available at Crime Stoppers.