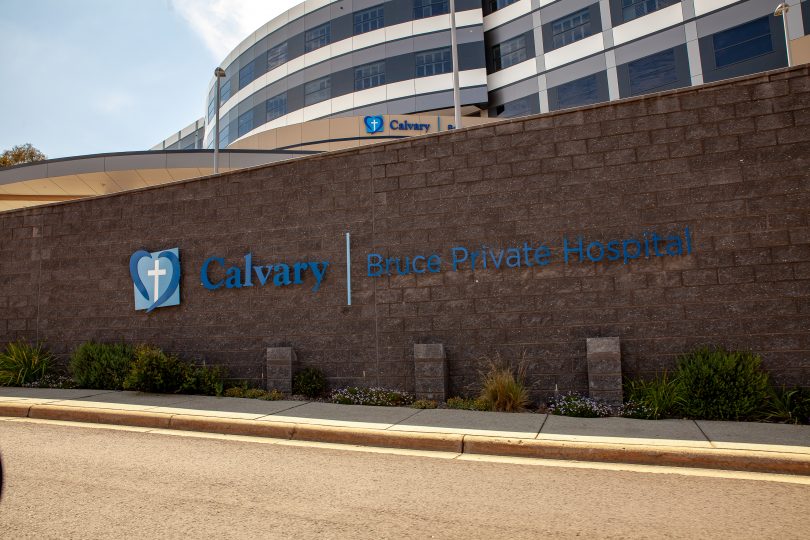 In a bid to ease pressure on the health system as a result of COVID-19, private hospitals will step in and take some patients from the public system. Photo: File.

Canberra’s private hospitals have stepped in to assist the public health system as it struggles to cope under “sustained pressure” due to COVID-19.

It comes as the Territory records an additional 798 new COVID-19 infections overnight and the death of a man in his 90s. There have now been 52 deaths recorded in the ACT since the pandemic began.

As part of an agreement between the public and private health systems, up to 28 additional ACT public hospital patients will be treated in private hospitals for six weeks.

Calvary Health Care will provide up to 10 beds each at Calvary John James Hospital and Calvary Private Hospital Bruce for public patients, and Nexus Hospitals will take six to eight patients at the Canberra Private Hospital.

It’s understood the first of the patients to be cared for under these arrangements has already been transferred.

A spokesperson for the ACT Government said further mechanisms are available to share resources and access additional surge capacity in the coming weeks and months if needed.

“The collegial relationships between our private and public health services have been stronger than ever over this past two years, ensuring the swift enactment of COVID-19 response plans as required,” they said.

The pressure on the system is being attributed to both COVID-19 and a general increase in presentations related to other illnesses.

Canberra Health Services (CHS) has cut the hours for several of its pandemic-related facilities as it continues to manage staff absences due to the virus as well as high demand.

Last month, Minister for Health Rachel Stephen-Smith said staffing pressures had, on one occasion, meant CHS had fully exhausted its pool of agency and casual staff and it was “still experiencing those … pressures”.

The Health Minister said a random spike in emergency department presentations had also exacerbated this.

She urged Canberrans to only attend the emergency department if necessary, noting Walk-in Centres and general practitioners were available.

“If you need the emergency department, they will be there to care for you.”

Locally, there are now 66 people hospitalised with the virus. Two are in ICU but none are being ventilated.

The ACT recorded 823 infections yesterday and there were 69 people in hospital.

The double-dose vaccination rate for the ACT’s five-plus population remains 97 per cent and 75.3 per cent of residents aged 16 and older have now received a booster.

Of ACT residents aged five to 11, 65.3 per cent have received two doses of vaccine.

There are now 1656 people in hospital with the virus and 72 people in ICUs around the state.

Victoria has reported one death overnight and an additional 8109 cases of COVID-19.

There are now 456 people hospitalised with the virus, while 26 patients are in the state’s intensive care units.