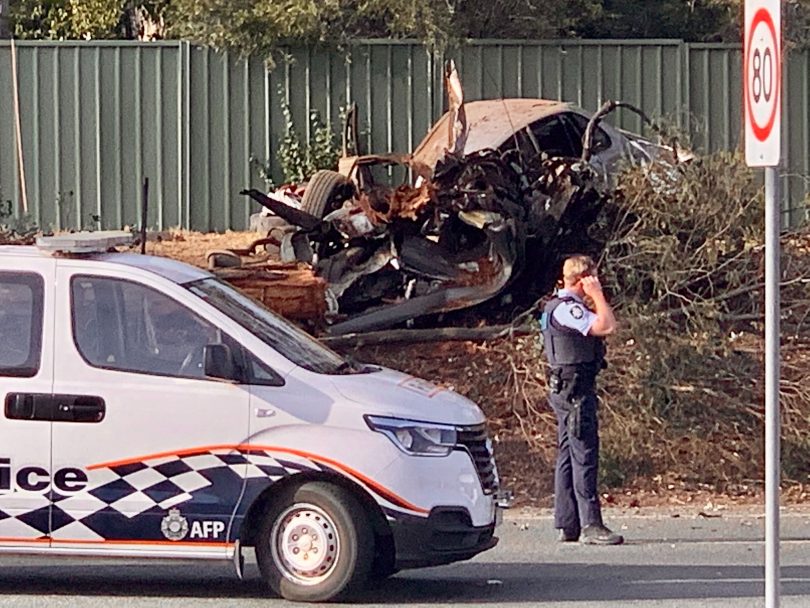 The Chifley accident was the sixth fatality in the ACT in 2019. Photo: Region Media

A sixth person has died on ACT roads this year after a man who was involved in a single-car crash in Chifley a fortnight ago succumbed to his injuries and died on Thursday (26 December).

A 28-year-old man was transported to hospital on 14 December after his car collided with a tree near the corner of Hindmarsh Drive and Melrose Drive in Chifley at around 6:20 am.

He was the sole occupant of the vehicle.

ACT Policing’s Collision Investigation and Reconstruction Team are investigating the circumstances of the incident and a report will be prepared for the coroner.

According to ACT police data, nine people died on the roads in 2018, up from five people in 2017.

The death is the first road fatality since 21 October when a woman died after her car collided with a fire truck in Barton. 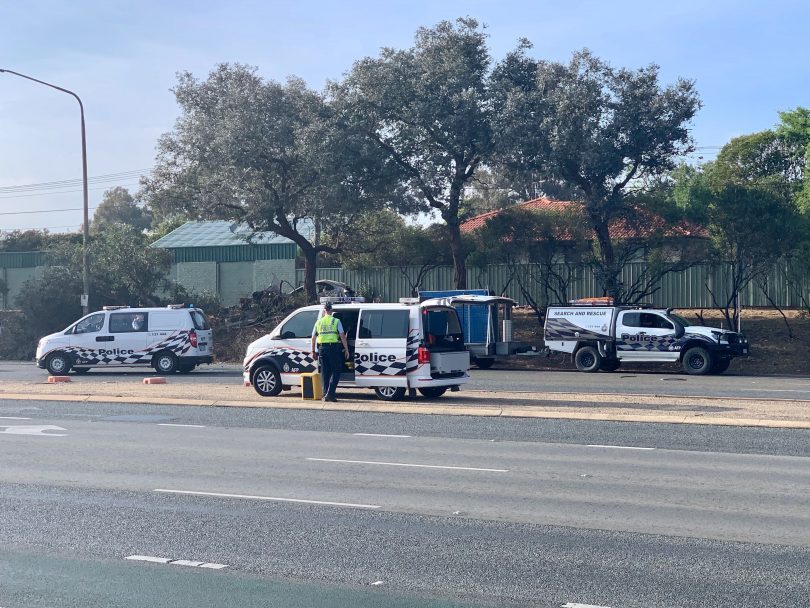 The scene of the 14 December accident. Photo: Region Media.

Laura Dixon - 7 minutes ago
Kierra Maciver so fun!! The kids are loving it View
Kellie Yarrow - 26 minutes ago
We’ve seen some in Queanbeyan on our regular walks. View
AZ Hukic - 42 minutes ago
we have been doing this last few days. My daughter is painting them and we scatter them on our walks around Theodore View
Motoring 2

James Forge - 41 minutes ago
“Might not be anything special” At least it is low and sleek like cars should be.... View
Ed N Joanne Towner - 3 hours ago
Had one of these and it was an excellent vehicle and great to drive. View
News 13

Lottie Maree - 60 minutes ago
I’m in my early 30s and have been told my age is already a barrier in accessing employment. From mid 20s onwards it’s bee... View
Stephen Ellis - 1 hour ago
Craig Butler that’s a huge positive. Shows how people like Damien and me can recall the good times and forgive recent poor... View
Maya123 - 2 hours ago
I've been discriminated against because of age. After being laid off with many others, mostly older workers - I was 51, I app... View
Business 21

Matt Perry - 2 hours ago
Is it a plan to get the the whole state as public servants ? View
Alexei Gorbatov - 3 hours ago
Why we don’t hear that money go to strengthen our hospitals? View
Susanne Levy - 12 hours ago
Hugh Munro our medical treatments and medications are none of anyones business. It is not mandatory . View
Lifestyle 1

@The_RiotACT @The_RiotACT
The AIS Fitness Centre will not be reopening come the end of COVID-19 restrictions, leaving 200 members annoyed that they weren't consulted over the change https://t.co/SwfCpZJz7z (43 minutes ago)