Ask RiotACT: Ombudsman for builders in the ACT 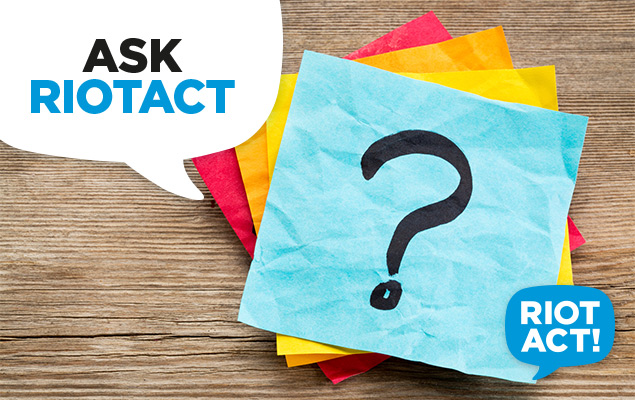 I’m wondering whether anyone has any suggestions/advice on who to speak to regarding unfair treatment from builders in the ACT? I bought an apartment off the plan two years ago and have felt powerless throughout the entire process – which has been fraught with complications, discrepancies and unfair treatment. I tried ACTPLA but this was not the right mechanism. This is a last effort before giving in completely.

3 Responses to Ask RiotACT: Ombudsman for builders in the ACT
Filter
Showing only Website comments

My suggestion- let it go. I have a similar story to Spiral.

My new house had so many problems with it that it should not have been given a certificate of occupancy. In addition, it doesn’t meet the development plan for my suburb and the energy rating is completely inaccurate. Unfortunately I found out after my house was built that the building certifier chosen by my builder had previously had his licence suspended- http://acat.act.gov.au/decisions/construction-occupations-registrar-fekete2. Our Conveyancing solicitor was able to help, but for an ongoing hefty fee (which was fair enough, considering the settlement/conveyancing aspect of their role had been finalised).

The details that show my house is unsafe and built to a very poor standard has been provided to the building compliance/construction enforcement team within the ACT Gov but they have refused to assist and it really felt like they were taking the builders side. Threats to go to the Minister or Canberra Times were ignored.

Nonetheless, if you want to go ahead-
Option 1: go to ACAT, but the limit of a claim there is $10,000 (the remedial work for my place was well over this amount so not an option for me).
Option 2: go to the Magistrates Court and spend upwards of $50k in legal fees fighting for the remedial work (which isn’t likely to exceed $40k at my place).

Have you tried a soft threat to a current affairs ?
You may be able to challenge issues during your 90 day warranty when you move in. Do you have a strata Manager yet , can they help ?
I would suggest also publicly descibing the builder and your problems.

I presume the best avenue is to use your conveyancer to support you with legal action of them not building to contract if that is indeed the problem.

We had the misfortune of using a builder who is a predator. He has a multitude of dodgy scams designed to get more money out of you. We looked at every option to get something done about him but no official body is interested.

We even had advice from one government body that what he was doing was clearly fraud and have proof in writing, but still nothing can be done.

So my advice is to forget it. Crooked builders are well protected in the ACT.