The ACT faces a massive hit to its revenue and bottom line due to the COVID-19-induced economic downturn, Chief Minister Andrew Barr has told a Legislative Assembly committee.

Mr Barr said the government was expecting revenue from ACT sources such as payroll tax, rates and land sales to fall by at least 10 per cent. In total, own-source revenue is around $2 billion a year for the ACT Government.

However, Mr Barr said that the cumulative cost of all tax waivers and concessions related to coronavirus would be in the hundreds of millions of dollars.

By the end of February, own-source revenue had fallen 5 per cent but the March figures would not be available until late April or early May, Mr Barr said.

GST revenue from the Commonwealth had already been declining and Mr Barr said the coronavirus fallout would exacerbate this because of a collapse in national consumption across the Australian economy.

“It is anticipated [the GST] impact will be large and as that is the Territory’s single largest revenue source, that impact will be very significant on our Budget,” he said.

The only silver lining was the ACT’s strong public sector employment base.

But the private sector had been hit particularly hard, with a third of the ACT’s 30,000 businesses registering interest in the Commonwealth’s JobKeeper program.

”Not all will be eligible though, but that should give the committee a sense of the scale of the impact on the ACT,” he said.

Mr Barr flagged a local jobs program to be announced soon to plug the gaps in the Commonwealth’s response, including for some overseas visa holders left stranded by the crisis.

”It will endeavour to provide some casual, temporary and part-time employment opportunities for those who are not eligible for the range of Commonwealth support,” he said.

”Because we are the second-largest employer in the city with a diverse range of jobs, we think the opportunities that we have within the government, particularly in relation to short-term, temporary and part-time arrangements, will assist those groups.”

ACT Government support would depend on the type of visa and how much work the Commonwealth would allow them to do, ”but we do have some capacity to provide some work to those people”.

Mr Barr said the Federal Treasury had told National Cabinet to expect unemployment to double to 10 per cent, and that the downturn will be much greater than that experienced during the global financial crisis of 2008.

He said the International Monetary Fund was forecasting a 3 per cent global contraction in economic activity, compared with only 0.1 per cent during the GFC.

According to Treasury, without the JobKeeper wage subsidy program, unemployment would be 15 per cent. Around 860,000 businesses had already registered for it.

Treasury said 6.2 million Australians received the $750 emergency payments, and 840,000 had requested early access to their superannuation.

There were no ACT figures available yet.

look forward to the rates going up 30% each year after we get through this instead of the usual 8% !

What an absolute pit of wasted money

Yet they are still planning a tram from civic to commonwealth park.

How’s about you cancel the next two stages of light rail until you have “some “ money again? And yes I’m a pro rail supporter

As former Chief Minister Jon Stanhope writes in ‘Exposed: Barr’s $3 billion budget black hole,’ the ACT’s financial mismanagement started well before COVID-19, so Barr cannot use this this as a convenient excuse for his government’s long record of budget incompetence. Stanhope equates Barr’s growing debt as “somewhat akin to the cravings of an ice addict for methamphetamine, the more you have the more you need, to a debt of $109 million in 2013; $910 million in 2015; $1.453 billion in 2017 and $2.216 billion in 2019.”
From 2013 to 2019 net debt has increased at a compounding rate of 65 per cent a year so every Canberra household is nominally indebted for $18,000 to cover the repayment cost of the existing debt.
Jon Stanhope finishes his analysis with this statement: “I have never been entirely sure what the expression “going to hell in a hand basket” means or indeed when it might reasonably be used, but my instinct is, in light of the state of the ACT budget, that around about now might be appropriate.”

Is that the same Jon Stanhope who as Chief Minister of the ACT presided over three consecutive financial black holes being Rhodium Asset Solutions, The Canberra Glassworks and the grandest of them all, the National Arboretum?

Is that the official response from some Labor Party focus group? Obviously evidence of gross financial mismanagement and wastage of taxpayer funds means nothing to you.

now would be a good time to hire a bunch of planning experts and work out how to fix the planning system before ACTPLA stuff it up (again).

Think the ACT government is handling this well.

Yes it’s tough but how well has this government steered us through the fires and now the pandemic? So far so good..

Paving the way using this messaging for the next rates increase.

Lots of people will be down a lot more on their income so the gov better just suck it up!

I hope Im not alone in this thought but I’m am proud to pay taxes and can see where it goes. It goes into having world class schools, library’s, roads, hospitals, research etc. Etc. Is it not what any civilised nation would do? All chip in to pay for the highly sought after lifestyle and luxuries we enjoy ?

Ben Medway every right minded person would agree that your hard earned taxes should be used to fund schools, hospitals, roads, infrastructure etc. and also to support those in less fortunate circumstances. However when services are not world class (say comparing results from students in similar socioeconomic overseas countries, increasing hospital waiting times, building an inferior light rail system) then we have every right to question the elected govt on the value we as citizens are getting for our taxes.

“It is anticipated [the GST] impact will be large and as that is the Territory’s single largest revenue source, that impact will be very significant on our Budget,” he said.

The ongoing impacts of the virus on the Australian economy will necessitate a serious re-jig of taxation/revenue arrangements within our federal system. Much of the national economic model (debt-fuelled services economy) which has developed over recent decades will be hit very hard and – spin aside – it’s not going to “bounce back” to where it used to be, because the world really has changed.

Without that major fiscal re-jig, both territories, and probably a couple of the states are unlikely to be viable in the medium to longer term – but even with it, there will still need to be some very tough decisions by all governments about what can be funded and what cannot.

Better not raise the rates to pay for this. 🤨

Nicole McGuire I know so they had better not raise rates again. I’ll be really ticked off

Of course rates will go up.

Jason Duarte sigh. I was hoping they wouldn’t but government is government

Clinton Berry, evidence is in abundance here. “I’m not paying for something I’m not getting anything from”: has there been a more narcissistic view of taxation? 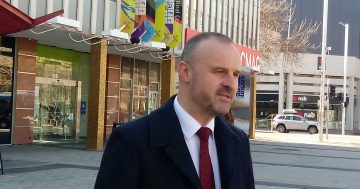 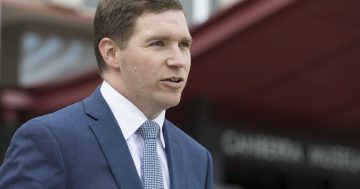 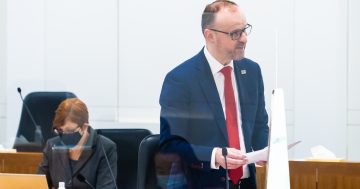 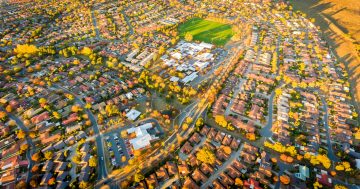