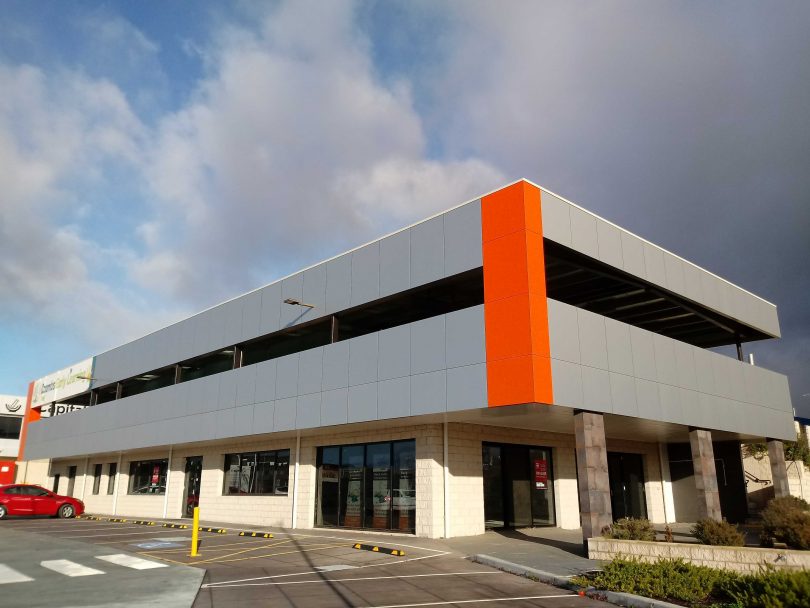 The owner of a designated community centre building in the Molonglo Valley that has only ever hosted a couple of community activities has been accused of trying to evade its responsibilities by applying to change the lease conditions.

The 8844-square-metre, community-facilities-zoned site at 110 Woodberry Avenue in Coombs is home to a child care centre but the rest of the building has lain mostly unused since it was built despite a desperate need for community space in the growing area.

The owner, WSL Investments, wants to change the lease to a ”300-square-metre minimum in relation to all community uses excluding child care centre”.

The application says the lessee has been unable to let the space and it is not financially viable for it to continue to have the premises sitting unused.

But many people in the community say the owner has never been serious about letting the space to community groups, with rents reportedly far too high, the space not fitted out and not advertised.

Weston Creek Community Council chair Tom Anderson said, in an objection submitted to the planning authority, that the bid to change the lease is outrageous.

He said the lessee had accepted the terms of the lease and should have known that community groups would not have the funds to pay commercial rents.

“Anecdotal information placed a price of $90,000 rent per annum for the facility,” said Mr Anderson. ”We have since heard again, anecdotally, that this rental rate of $300 per square metre is only an introductory one and that the real rate is more like $450 per square metre, or $135,000 per year.”

He said that amount is clearly out of the reach of most community organisations, which usually would only be able to pay no more than $150 for an evening or an afternoon session in the facility.

“Further, council understands that the area is unfurnished and has a bare concrete floor, which we consider makes the area virtually unsuitable for most uses by the community,” said Mr Anderson.

“If the lessee was interested in attracting community use, council believes there would be floor coverings as well as seating and other equipment available to make the area viable and attractive to use.”

Mr Anderson said few people were even aware there is a community facility available for lease, and if they do, it is difficult to contact someone to try to hire the space. 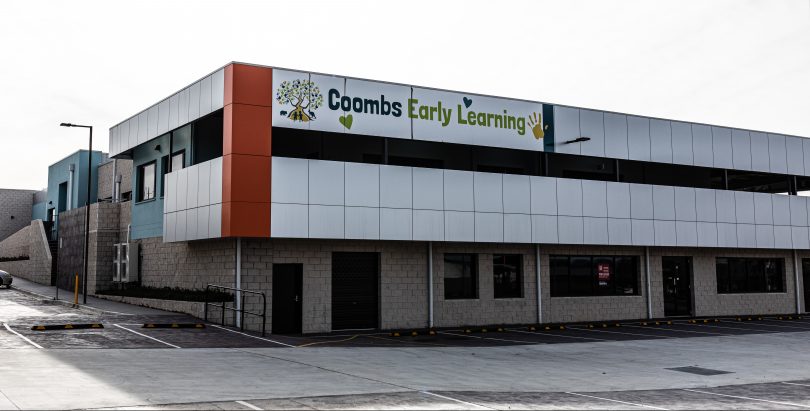 There are fears for the future of the Coombs Early Learning child care centre if the building’s lease variation is granted. Photo: Ian Bushnell.

Another submission opposing the change fears for the future of the Coombs Early Learning child care centre if the application is approved. It calls the situation a debacle on par with the currently empty Coombs shopping centre.

Coombs residents John and Alison Hutchison called the application confusing and said the lessee has not made a case for the child care centre to be excluded, and that there is an ongoing need for this service to be provided in this location.

“We have no personal knowledge of the financial status of the current operator, and make no assertions or suggestions on this matter, but we are aware of press reports that the COVID-19 pandemic has had serious effects on the financial viability of many child care operators,” they said.

They also said the “community activity centre/hall” is not being used because the owner has completely failed to set up any system to make it available to the community.

“The Suburban Land Agency has attempted to negotiate with the owner on strategies to make this space accessible for community use at a reasonable price, but was unable to achieve any progress,” they said.

The submission notes the successful tenderer for community land in Wright will be required to provide a community hall and to make it available to the community seven days a week from 6 am to 10 pm.

“I think I can say it is the view of the Agency that such facilities are essential in both suburbs, and what has happened with the Coombs community activity centre/hall is a ‘debacle’,” said the submission.

Coombs has been at the centre of Molonglo residents’ complaints that community facilities and services have not kept up with the needs of the fast-growing suburbs in Canberra’s west.

The owner/developer of Coombs shops, Renato Cervo, has put the centre on the market after failing to let all bar one of the tenancies.

The ACT Government even explored buying back the centre but Mr Cervo’s asking price was too much, which is believed to be the same scenario for the tenancies in his shopping centre.

Hasn't furnished the place, no real ability to book the place, over the top rental charges well in excess of market value and pretty much 0 signage on the venue?

Sounds to me like this was the owner's plan all along.

Unless we’re to believe that Canberra has somewhat more than its fair share of less than saintly landlords and property investors, stories like this – which seem quite common – might be saying at least as much about the role played by government in the property sector as it does about the behaviour of individual landlords and investors.

On behalf of a not for profit I offered $125 per sqm for a multi year contract for the community area (above the rate for space at the Weston Community Hub only 2 kms away) and this was rejected with a counter offer of $300 per sqm (which is the office rate at Cooleman Court). The not for profit could not justify $300 per sqm when they could get $125 per sqm in Weston.

who ever was in the planning commision screwed up coombs on so many levels ...... demem prospect got build later and they already have a vibrant cafe shopping centre .... I just want a barista here someone make it happen