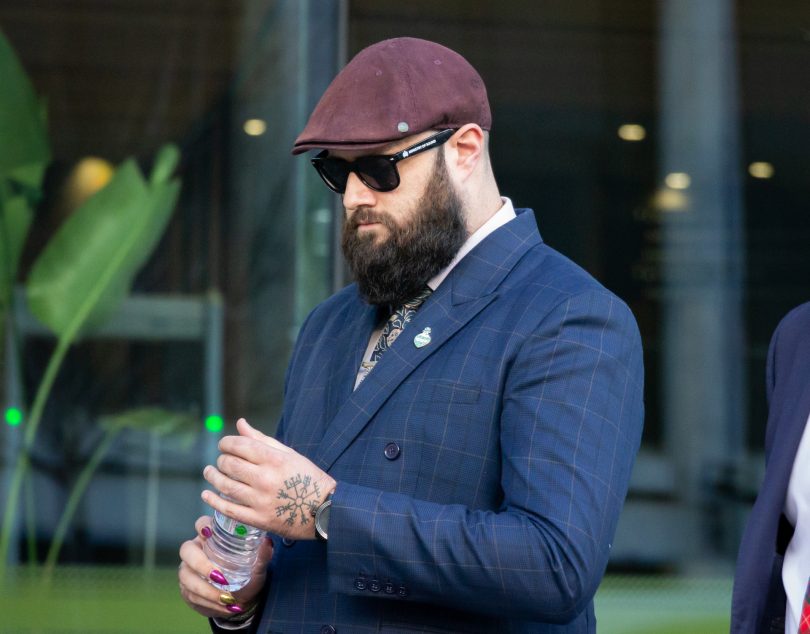 After Bradley Payne-Moore admitted to keeping horrific images of children being sexually abused, he was reportedly threatened, had what was possibly hot wax thrown on him and lost his reputation.

Payne-Moore has now been sentenced for keeping 137 files of child abuse material on a mobile phone and two hard drives, and using a computer to access seven such files.

On Friday (25 June), Justice Chrissa Loukas-Karlsson told the ACT Supreme Court forensic analysis found the 32-year-old had opened a file six times showing a man raping a child between the ages of 10 and 12.

She said Payne-Moore had claimed he downloaded 6000 “legal but obscure” files, of which child abuse material was a part.

She said he had also claimed he hadn’t viewed all the material and when he became aware of the child abuse in his possession, he initially moved past it to look at other files.

When police raided his home in February 2020, they made a quick search of his computer and found, on the computer’s desktop, child abuse images of two girls aged between eight and 10.

She said his legal team described his offending as “a mighty fall” as he had largely lost the considerable respect he held in the community.

She said he had a business assisting men with style and emotional support. Payne-Moore was an image consultant for Guardian Gent. On LinkedIn, he describes his role as being there to “help men better themselves”.

Justice Loukas-Karlsson said four people had given character references for him, including the mother of his former long-term partner.

She described him as a “kind and caring young man” whose “reputation is in ruins” and had endured “a very public shaming”.

A man had also said, “he’s the father figure I deserve”.

Earlier this year, footage was shown to the court of a woman speaking to Payne-Moore at a Canberra nightclub in April before picking up and throwing something at him.

His lawyer, Andrew Fraser, said the woman was talking about the case against his client and the item she threw contained hot wax which burned his hand.

Justice Loukas-Karlsson said Payne-Moore claimed he had received anonymous phone calls from people threatening to run his motorbike off the road.

She also said he had experienced a hard upbringing.

She sentenced him to 15 months’ jail, to be suspended in October 2021 after four months when he will be released to fulfil good behaviour obligations for two years.

“You must understand that children are abused to produce these images, to produce what is depraved material,” she told him.

“The court recognises you did not have the best start in life, but you know that is no excuse for these offences.”

He had pleaded guilty to possessing and accessing child abuse material.