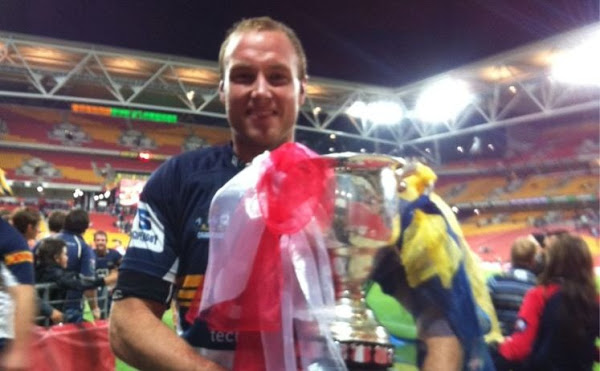 The ABC tells the tale of the cellar dwelling Brumbies felling of the table topping Queensland Reds.

The Reds, who have won just two of 18 encounters with the Brumbies, are now only one point clear of the Stormers at the top of the table after their 12-game home winning streak was snapped in ugly fashion.

Matt Giteau denied Queensland a bonus point for losing by less than seven when he slotted a penalty goal after the full-time siren despite the protests of former Red Stephen Moore.

Great… I waited all of Sunday for someone to upl…uhh, for Fox to show a replay and I miss a win! Still going to watch it though. It is a very rare and special event afterall.

Good to see them win but to me they bored the reds into a loss – fugly rugby at its best.

I was shocked and stunned that the Brumbies could pull that performance out of the bag given their season thus far. The Red / Brumbies hoodoo continues.

I liked Giteau’s comment that was picked up on the ref’s mic… ‘Shutup! I’m the $%#ing captain!’ when debating with Moore on whether to take the penalty at the end or kick it in to touch.

Would have been interesting if the kick had hit the post and come down in to Qld hands, but was good to deny them the bonus point.

Best game in two years. Plenty of ticker and commitment.

So where have these substitute players been all season? They are much better than the imposters who’ve been playing for the Brumbies until this game.

They looked as ecstatic as a team that’d just won a final when the final siren went. It wasn’t flashy, it wasn’t glamorous, but they deserved to win tonight, their defence held up under enormous pressure.

Fingers and toes crossed that the Reds player who was knocked out cold and taxied off the field in a neck braceextremely slowly is OK. Didn’t look like he’d regained consciousness as the stretcher cart exited up the tunnel almost 10 minutes later.

Julie Macklin - 5 minutes ago
Carole Ford Not many people cycle for sport. Most people use it for transport. View
Mark Johnson - 7 hours ago
If it’s not licenced what’s it doing on a roadway anyway … View
Julie Macklin - 11 hours ago
Alicia Conley The ACT has no cycle paths. They are shared paths. Yes, those around the lake were built with people on bikes i... View
News 20

Mark J Avery - 38 minutes ago
Try working next door to this dumping ground!! View
Roger Kropman - 4 hours ago
This is a disgrace but it reinforces the point that rubbish dumps / tips should be free to dump your trash, otherwise idiots... View
Nick Savino - 9 hours ago
CCTV and fine View
News 14

@The_RiotACT @The_RiotACT
Snapper at the Canberra Southern Cross Yacht Club is getting a makeover. Check out the plans https://t.co/Ul1f9X7YUR (34 minutes ago)