Foxsports tells the tale of an intriguing game of rugby played last night whereby our brave lads played a perfect first half of rugby to humiliate Gina’s Minions.

They then shut up shop allowing a rampaging Honey Badger (Nick Cummins) to expose the Wallaby selectors as fools.

But the game was always under control and, as importantly, the Brumbies key playing patterns were not being further revealed to video analysts.

The clear eyed cynicism of the last five minutes was truly masterful and the mark of a side that could yet give the championship a shake.

Smashing the Waratahs next week in Sydney would certainly be laying down a marker. 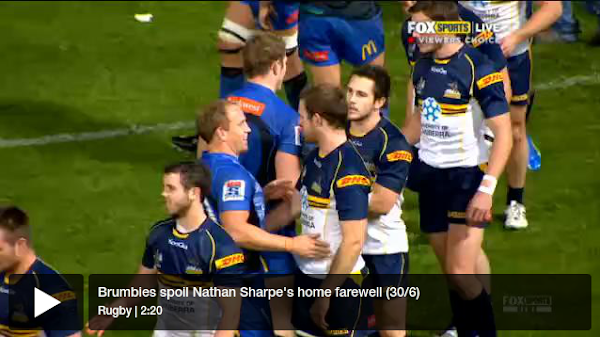