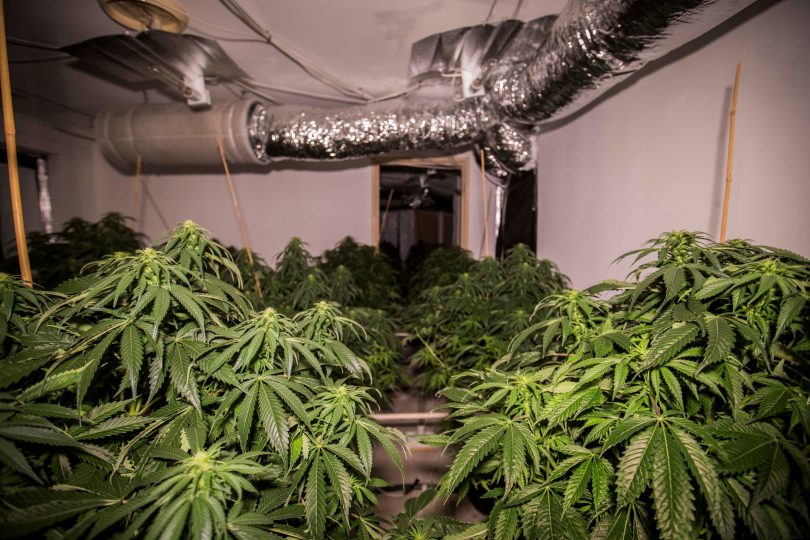 Under the proposed bill, Canberrans possessing up to 50g of cannabis or growing four cannabis plants would no longer be committing a criminal offence. File photo.

The ACT Government has been encouraged to collaborate with ACT Policing to adopt a new model of cannabis drug driving tests that determine impairment and not just the presence of the drug if marijuana is to be legalised in the ACT.

After four months of scrutinising legislation proposing the legalisation of marijuana, the ACT Legislative Assembly’s health committee has recommended the bill be supported but said there will need to be amendments before the bill is passed.

The majority of the committee, led by Labor MLA Bec Cody, said that they supported the legalisation of cannabis for personal use in the ACT after four public hearings and receiving 36 submissions.

The committee suggested 16 amendments to the bill as it currently stands, which Ms Cody said required immediate action to ensure a Bill representative of the community’s needs is considered by the Assembly.

The committee recommended that the ACT Government collaborate with ACT Policing to adopt a cannabis drug driving test that determines impairment and not just the presence of the drug and encouraged the ACT Government to intervene in any prosecution by the Commonwealth of ACT residents to “defend the intent of the Bill”.

Under the proposed bill, it would no longer be an offence for adults to possess under 50 grams of cannabis or grow four cannabis plants under the ACT’s criminal code, but it would still remain a criminal offence to cultivate or possess cannabis under Commonwealth legislation.

“The committee has proposed some very interesting proposals which I presume are being considered by the executive but I am excited that the committee agreed that this bill is worth progressing,” Mr Pettersson told Region Media.

“These problems with our drug driving laws exist as it stands now. Drug driving tests are not impairment tests; they are detection tests. So if you are caught the tiniest most minuscule amount of cannabis in your system, you will get the equivalent punishment as a max range drink driver.”

Mr Pettersson pointed to an incident across the border in NSW as to why the current drug driving laws needed to be changed.

“There was one person in Sydney who had cannabis a week before they were pulled over for a drug test and they had a trace amount in their system and they copped a full charge,” he said. “No one wants impaired drivers on our road under any conditions but there is a genuine question if the law is working as intended.

“But first and foremost, I want to focus on getting cannabis legalised.”

Mr Pettersson expected the amendments to be debated in the chamber in the coming months.

Seems to work overseas. No reason why it shouldn't here

Yes, lets legalise a drug for general use that has proven links to psychosis. This is stupidity of the highest magnitude.

Any medical use for the plant does not require being a stoned houso. The compounds that have medicinal use can be extracted and used by pharmaceutical companies.

I have seen some recent noise about moving towards a zero BAC% for drivers in the interest of road safety. Maybe this might be the better approach rather than trying to agree an impairment test for canabis?

But don't go to QBN or you will be busted. NSW have introduced tough drug driving lawas, so while you might be OK in the ACT,you won't be in NSW

With alcohol, people know that if they wait till they are no longer under the influence, they won’t get charged for driving. That’s an incentive to wait until sober to drive.

Trace amounts can be detected weeks after the influence has worn off.

And it’s currently legal to travel to countries where consumption is legal, then travel back to australia the next day, and drive here, not under the influence of any drugs (but trace amounts will still be found if tested)

So the current laws can negatively impact people that have broken no laws at all, just because we test for trace amounts, not impairment.

Employers and businesses should manage the work-related risks associated with alcohol and other drugs under WHS policy , so what should they do? .

What about drug testing for work?

Donna Venables places already have that

Donna Venables I don’t think anyone is suggesting it’s ok to drive or work intoxicated even if it is allowed recreationally.

Yet many medications out there that say ‘may make you drowsy don’t drive or operate machinery’ are they tested for?!

Legalise it for medicinal purposes only.

That doesn't change the laws, your solution would still criminalise people with a medical condition from driving if they used their prescribed medication.

Legalise it because weed was only criminalised because of racist motives.

So if you're down with that, good for you, but I'm not.

Sean Kinmonth - 23 minutes ago
I thought the ACT had the second cheapest supply due to 100% renewables. Only Tassie had cheaper due to hydro. From what I re... View
Sean Kinmonth - 34 minutes ago
There is a risk with every power source. The link is particularly biased and tells half truths and should be discounted as be... View
dulynoted - 4 hours ago
the electricity market in australia seems rigged, we pay way more for electricity than other countries with similar generatio... View
Sport 4