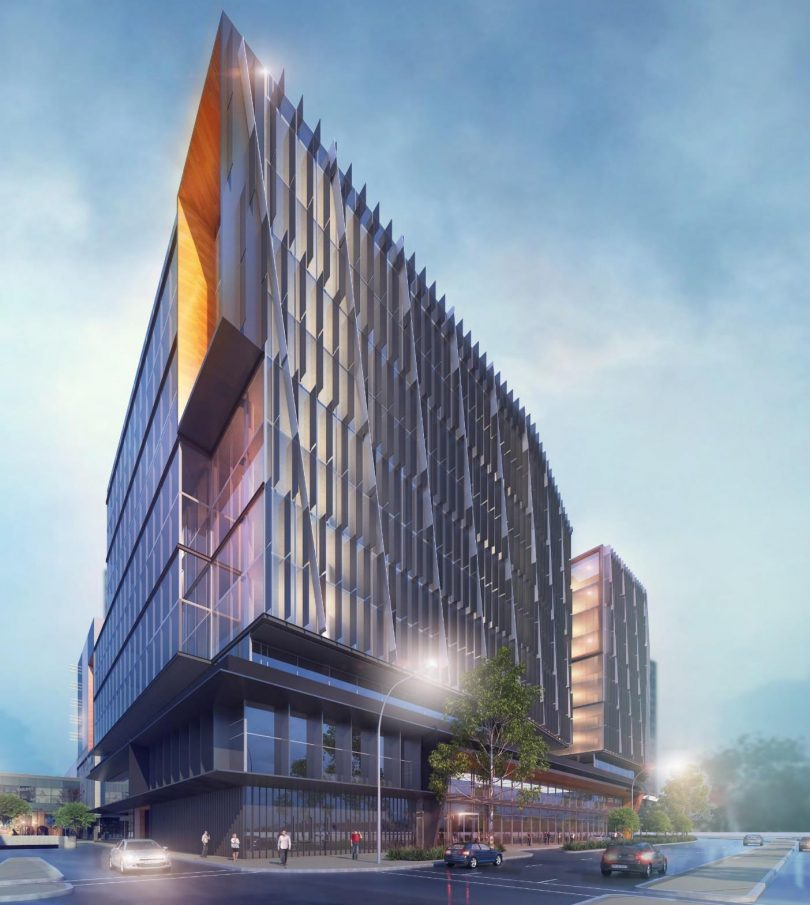 What the corner of Cooyong Street and Scotts Crossing in Civic may look like. Images: DA.

The owner of the Canberra Centre in Civic has decided to scale back its planned retail, residential and hotel project for Section 96 in the city, lodging new plans for a smaller basement car park ahead of amending its already approved development application.

Queensland Investment Corporation bought a swathe of city land in 2001, developing about 85 per cent of it but despite two previous attempts the remaining parcel has still not been built on and is currently used as a surface car park.

The state-owned investment company has been criticised for taking so long to develop the prime site, leading to accusations of ‘land banking’.

The site is bounded by Cooyong Street, Genge Street, Narellan Street and Scotts Crossing, and development proposals were approved in 2011 and 2017.

But QIC says changes in the struggling retail industry and the residential and office markets have prompted it to revise its plans.

Instead of five levels, the new car park will be only three and the above-ground development will be about 10,685 square metres less than the currently approved DA.

QIC still plans to construct a slip lane on Cooyong Street between Scotts Crossing and Genge Street, and an access ramp to existing car parks in Scotts Crossing, which will now be ‘pedestrianised’ between Cooyong and Bunda Streets. New traffic lights are planned for the intersection of Cooyong and Torrens streets.

QIC has foreshadowed an amended DA that will include a mix of retail and office space, a boutique hotel, commercial services and a retirement living complex on the site. 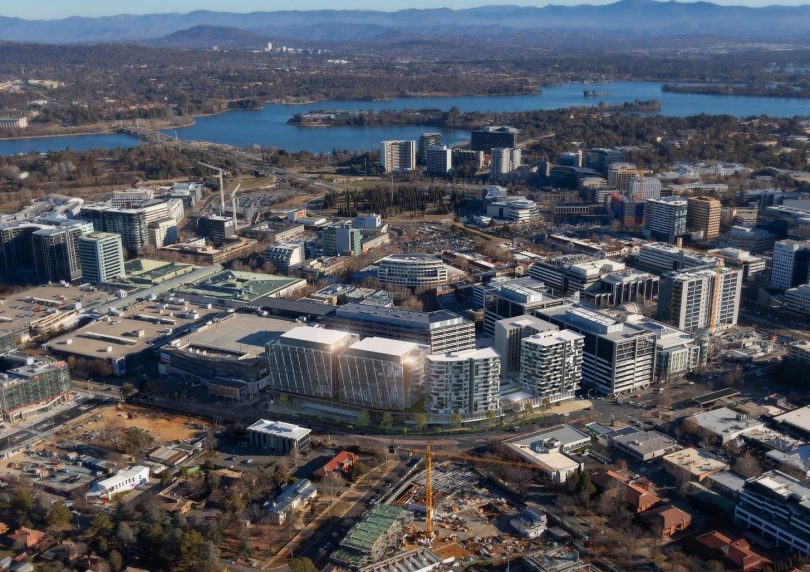 The 2017 proposal was for a 10-storey office tower, a 12-storey hotel tower and a 12-storeys of apartments.

The number of spaces in the basement car park will now be 713, instead of 1118, plus bicycle and motorbike spaces, although QIC says it built 197 spaces on Section 97 in 2012 and there is excess parking within the Canberra Centre.

QIC says no increase in overall building height or changes to the proposed building footprint are planned and it will still replace street trees as intended.

It will upgrade verge works including the Cooyong Street slip lane, Genge Street and the Bunda Street intersection with Scotts Crossing and hand them back to the Territory once the above-ground development is completed.

QIC plans to retain ownership of the land along Narellan Street and Scotts Crossing, which it will landscape and maintain, “providing a high level of pedestrian amenity with 24/7 public access”. 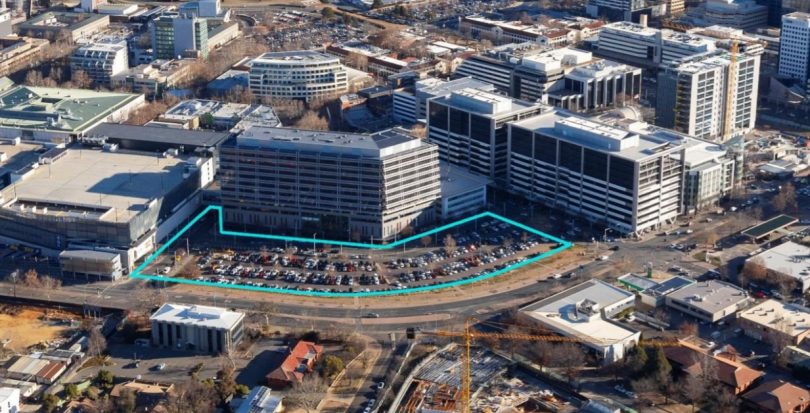 The site (Section 96 City) is bounded by Cooyong St, Genge St, Narellan St and Scotts Crossing in the city centre.

Same old civic story. Bulldoze carpark, put big building on it, wonder why the shops are empty. Be real nice to park in the same postcode you’re shopping at.

Be nice if put a decent Food Court in the Canberra Centre, absolutely rubbish.

Just noticed this in one of Symphony Park – Harrison’s buildings

2 years ago, announced as car park…

You can apply for one thing, showing that you’re fulfilling demands, then later you lobby to change it to whatever suits you.

All the ugly buildings look the same. Build something with character for once.

This block was sold to QIC with the understanding they still needed to provide parking to service the rest of the city. Cutting the number of parking spaces in the development by over 20% doesn’t seem to be prioritising that commitment.

A green space would be nice to see

Vander Leal and a tram! 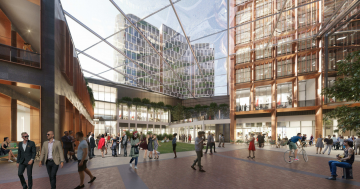 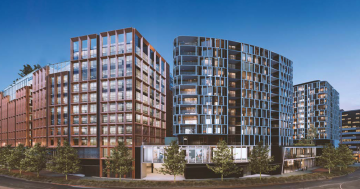 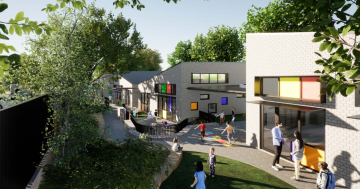 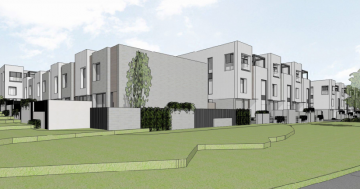 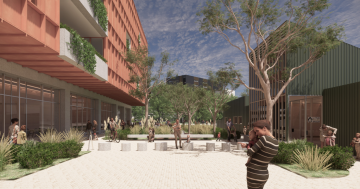