Canberra Day for the Centenary. A review 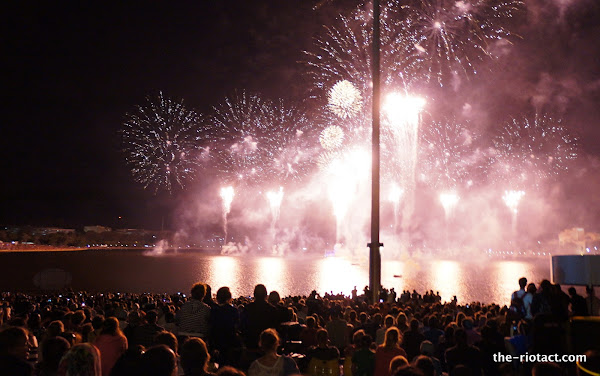 There has been some adverse comment about yesterday’s festivities so I thought I’d share my own perspective.

It’s true parts of the program ranged into surreal, or even bizarre territory.

There may not have been enough vendors (tricky to plan for to an un-ticketed event on a public holiday) but Civic was a minute away on my bicycle and is positively full of places one could buy beer.

So much of my day was spent sitting on a hill drinking beer and having a laugh with friends while taking in entertainment.

And that is one of my favourite things to do in all the world.

The fireworks were pretty good (giant letters forming NATION a touch wanky for my tastes but good fun as part of the show). 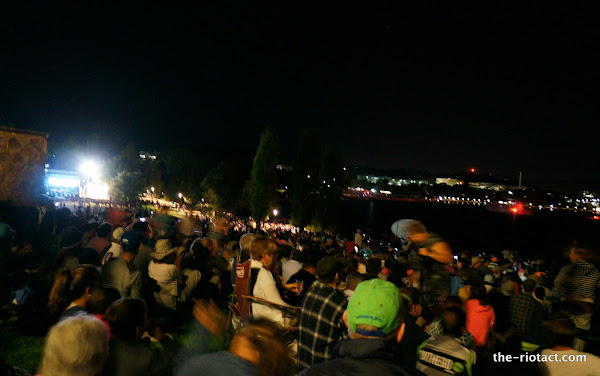 The crowds were big, but good natured, the weather was sublime.

Hancock Basement played their last ever show to a big crowd on a big stage which was a nice way to farewell them. 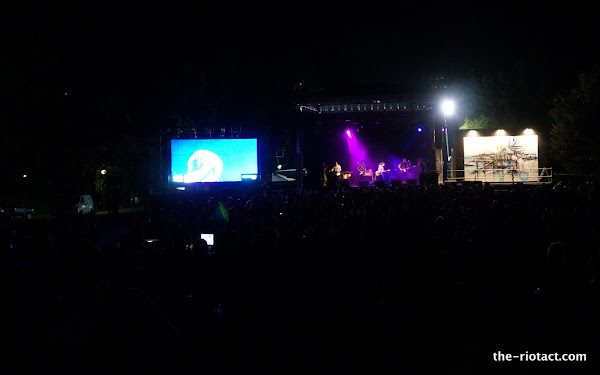 Stateovmind were good value whipping the crowd up (much better live than on their unearthed recordings). 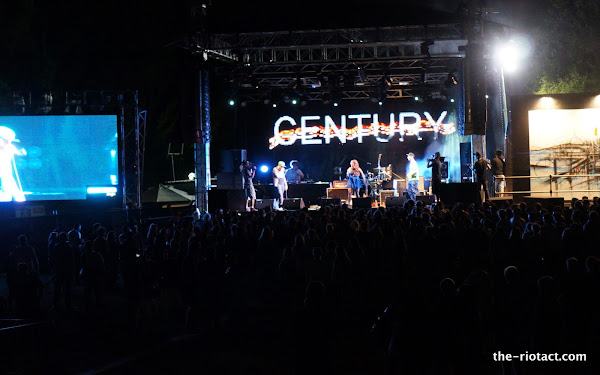 And then Fun Machine concluded proceedings for me and I was away home on my bicycle. 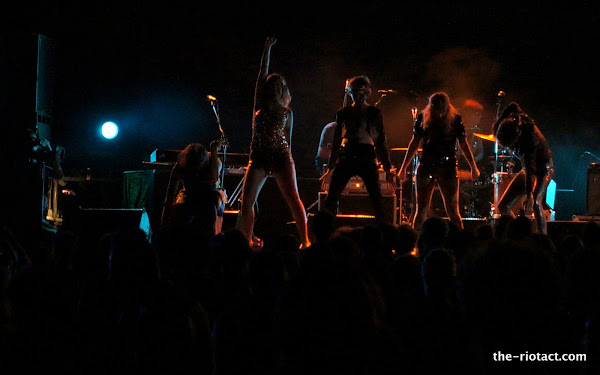 For all this I paid nothing. So a pretty good result of a day in my opinion.

Here’s some video of the music, including Hancock Basement’s very last performance together and Fun Machine being batty.

And here’s the full slideshow of my pictures:

UPDATE: Madame Cholet has sent in some video of the fireworks from the bubbly bar.

I managed to get the finale of the fireworks on camera last night – although apologies for my shaky camera work. As a rule, I’m not greatly impressed by fireworks and consider that I have seen well enough in my time to never really care if I saw any more, but these were surprisingly good, along with the fabulous noise – probably all due to our great location at the Bubbly Bar.

The reaction was typically Canberran – at least at the Bubbly Bar – a few whoops, and some polite claps!

3 Responses to Canberra Day for the Centenary. A review
Filter
Showing only Website comments

I agree with Johnboy – v relaxing to sit on the hill and watch a few bands from my youth.

I was interested to go last night as it would have been great. We have attended the Canberra Day concerts on many occaisions along with the Australia Day concerts. They are great events.

But alas, it was a school night and our kids had had a massive weekend already so I went home, cooked them dinner and brewed beer instead.

We’ve a bit of a hill in our backyard. Great for sitting on with friends and a beer. And you can listen to music you really like. Not live, but it’s not because it’s live that it’s good even if it being free lowers your expectations considerably.

Maybe it was good as an event for teenagers or the ‘adult without responsibilities’ equivalent. NOT a family-friendly event at all by the sound of it. Which I expected so I didn’t even bother going. I spent the day playing board games with my offspring, went for a nice walk at the river and then drove up to Mt Pleasant for the fireworks and back home. Let’s face it. Whatever Canberra is, events and entertainment are not its biggest strength. (Though We Built This City was the best family entertainment I’d been to in ages!)

I will continue the celebration with a couple more gigs at The Spiegeltent later this week. Worth the money and there’s two bars.

Guy Noble - 4 minutes ago
David Brown you are fucki8ng kidding right? while we allow an aussie citizen to go to jail for 140yrs for telling the truth? View
Opinion 96

Megz Bites Inglis - 1 hour ago
I think they are both a head ache, pretty much going round in circles. I think Dean has the weaker argument here. View
Liam Grimshaw - 6 hours ago
I’m vegan View
Buddy Edwards - 7 hours ago
Dean Newman you have given me a migraine reading your words. View
Lifestyle 21

Arleen Stark - 2 hours ago
Considering the lonely scooter I see every day abandoned all over the city, I reckon it would take days, not hours, to find t... View
Teagan Erin - 12 hours ago
Shelby inside anu residences 😂😂 View
Billy Fox - 12 hours ago
Emma-Lee Louise Campbell scoot crew View
Business 13

Bek Clark - 4 hours ago
Absolutely. They should get that just for having to work with doctors. View
Breaking 3

jwinston - 8 hours ago
Let them go because they are under 14 and don’t know what they’re doing. View
News 32

UPDATED 12:20 pm: The frantic efforts of neighbours and emergency services were not enough to save a 70-year-old woman who died...
Breaking 0

Three more people have been charged following the murder of an 18-year-old man at a skate park in Weston in...
Property 1

The ACT Government will become the first in Australia to be able to declare public events single-use plastic-free under a...
Lifestyle 21

@The_RiotACT @The_RiotACT
The Federal Government has agreed to pay the ACT Government up to $10 million for damage caused by the Orroral Valley fire https://t.co/YzFjiQFH1Z (50 minutes ago)

@The_RiotACT @The_RiotACT
The 'Toy Run' will look a little different this Christmas but ACT motorcyclists are still raising money and collecting toys for charity https://t.co/4r5jc1aAWJ (2 hours ago)

@The_RiotACT @The_RiotACT
What a difference 12 months makes, with bumper crops expected in SW NSW this spring thanks to favourable weather https://t.co/rFyiXzavcm (4 hours ago)