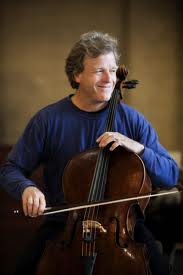 A genius of the twentieth century, two virtuosos, a young talent, and a heart-breaking memory. Where do I begin?

Cellist David Pereira and scholarly theatre maker Julian Lamb have joined forces to bring one of the most extraordinarily difficult literary works to life on the stage: T.S Eliot’s The Waste Land – to be performed at Canberra’s Smith’s Alternative.

David’s musical virtuosity is matched only by the virtuosity with which he has dedicated himself to Canberra’s cultural soul. Over the last 40 years David has been principle cellist for the Sydney Symphony Orchestra and for the Australian Chamber Orchestra, has produced recordings of a variety of different kinds of music, and has won numerous awards including the City News Artist of the Year Award (2010). David is currently Artist in Residence at the Canberra School of Music.

Canberran native, Julian Lamb has been teaching and performing drama for 20 years both in Australia and abroad; he belongs to the Narrabundah College pedigree so known for its theatre department. Since receiving his PhD from Cambridge University (2005) in English Renaissance poetics, Julian has remained an active voice in scholarship on Renaissance poetry, but is also becoming an important figure on the local Hong Kong theatre scene as artistic director of an emerging theatre company, Shadow Players.

Published in 1922, The Waste Land was written in the aftermath of WWI by a man on the verge of a nervous breakdown, and whose marriage was failing. It is little wonder that, for Eliot, the modern world had become a broken and spiritually barren waste land. This is a world where men and women lumber to and from work without purpose or passion, where love is the indifferent submission to animal desires, where beauty is disfigured by excessive make-up and perfume, and where human beings are disembodied voices which, like souls in hell, wail their anxieties and sufferings without anyone hearing.

Preluding The Wast Land will be an inspiring monologue entitled Tales of Ordinary Madness – devised by retired Narrabundah Collage drama teacher Ernie Glass, and performed by the young and talented dynamo actor Cassie Brizzi. This play is a powerful and moving collage on the themes of eccentricity, perceived insanity and entrapment, and integrates songs, poetry and script by artists such as Steve J. Spears, Adrian Mitchell, Edward Bond, Ken Kesey, Michael Leunig, Paul Simon, David Bowie and Dory Previn.

Lamb says ‘of all artistic forms, music is perhaps that form which works through effects rather than specific meanings. We hope that combining the music and text will enable you to receive the text more like a piece of music: an opera for spoken voice.’

Lamb has also decided to dedicate this performance to Canberra’s dear and beautiful Odette Upstill who was taken from the world too early at the age of 24 in 2008. Odette performed in Julian’s first production of The Waste Land 12 years ago. When Odette’s parents were asked for their blessing to dedicate this extraordinary collaboration to the memory of Odette, Odette’s mother said ‘we are deeply moved to have our beautiful Dette’s in this way.’ I’m sure that she will be listening.

Tickets are nearly sold out for this one. Please book tomorrow if you want to come. Cheers

Thank you for your comment Henry. The piece of writing is to support the production here in Canberra. I have known many of the creatives involved in the production for a number of years. I’d prefer not to undermine the production with my political banter but I will say this: as far as I am concerned creativity is an essential ingredient to being a good politician.

If it had David Pereira in it, it must be pretty good. He is one of the best in Australia. But I don’t understand Steven’s role. Is he an actor or just writing about this, or a politician or what? Steven, are you an artist or a politician? you can’t be both. To be a politician you have to be a boring sh**. Anyway, looks good. better than some most of the amateur crap you see around the place with all these hipters and wannabes.

I can’t wait to see this. It looks like the meeting of some brilliant minds. I think I saw it about 10 years ago at Narrabundah College, at the Hawk Theatre.

Stephen, it’s true that DP is a local and absolutly brilliant – but you haven’t drawn an effective link between his playing for the SSO and ACO and contributing to Canberra’s cultural soul as you state – particularly as you don’t mention Canberra’s symphony orchestra.

Bill Gemmell - 10 minutes ago
Perfect for mounting the kerb as Canberrans seem to do a lot. Shame about the unreliable CVT. View
Roderick Saunders - 20 minutes ago
Mitch McClintock that's right, it's a raised wagon View
Paul Leins - 1 hour ago
AJ Jay some savage gravel drive ways out there View
Business 62

Ann-Maree Jacobs - 40 minutes ago
Four tries every time The site is down ! View
Lisa Hogan - 10 hours ago
Agreed. The current scheme only benefits those with the disposable income to buy stuff. So another 'discount' for the rich. A... View
News 7

jwinston - 42 minutes ago
Jeez Chewy - I never picked you as a Tim Flannery fan boy? View
Capital Retro - 52 minutes ago
Nothing new in that advertorial but it's great to see one side bagging the hydrogen lobby. Our virtual signalling government... View
chewy14 - 2 hours ago
JWinston, Most people probably didn't respond because the "documentary" you reference was full of outdated, inaccurate inform... View
News 83

Concerns about the wait time for a simple surgery to remove her son's tonsils, adenoids and grommets has led to...
Best of Canberra 198

@The_RiotACT @The_RiotACT
Opposition Leader Elizabeth Lee said she has received "a huge amount of interest" for her stealthing bill, which she says is a positive first step to raising awareness about "the existence of such a heinous practice" https://t.co/YQDtFOWLYU (54 minutes ago)