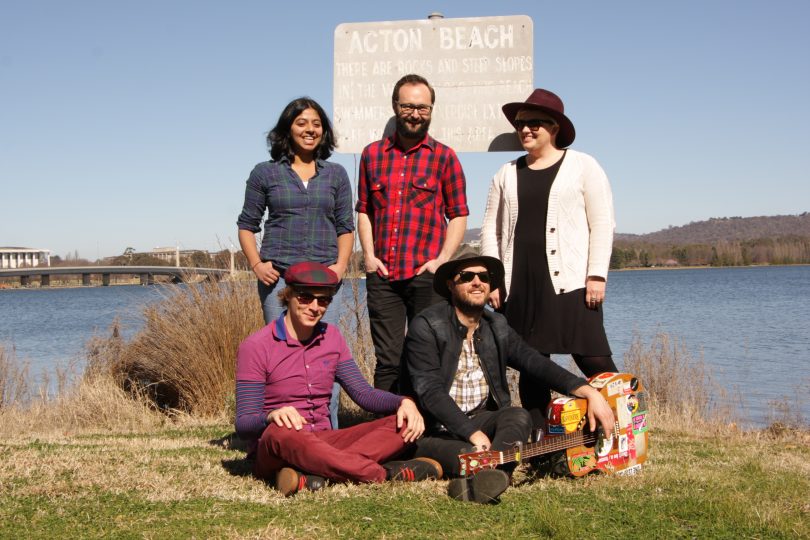 If Betty Slim is to play for the last time on Saturday night, they are going out with a bang, inviting a bunch of very talented friends to join them on stage.

But when Betty Slim says its the ‘last time’, they mean it in the loose, John Farnham way.

“We are calling it the last-ish show. If it is not the last ever show, it will be our last show for some time,” guitarist Ben Zala said.

“We might end up being like John Farnham and have the farewell show about 17 times. So if people want to see the first of the last shows, which might go on for the next decade, come along on Saturday night.”

The Canberra pub/folk band have built up a cult following since they emerged on the capital’s live music scene in 2016, but other life commitments have forced the band into early retirement.

“Babies and overseas travel have got in the way of rock and roll,” Zala said, tongue in cheek.

For the last couple of months, Betty Slim has been on a hiatus as one of its band members adjusts to first-time parenthood. As the five-member band was about to get back together, an opportunity of a lifetime beckoned for Zala.

The guitarist will be skipping the country for the better part of a year, heading to the United States for a research fellowship opportunity at Harvard University.

“Unfortunately, timing wise, about now is when we were planning on getting our act back together and start to play regularly again, but I am heading overseas at the end of the month,” Zala said.

“But it only seemed fitting that we come back for a big old shindig, get together a bunch of friends and bands that we have played with in the past and chuck on a show at the Polish Club. It should be really fun.” 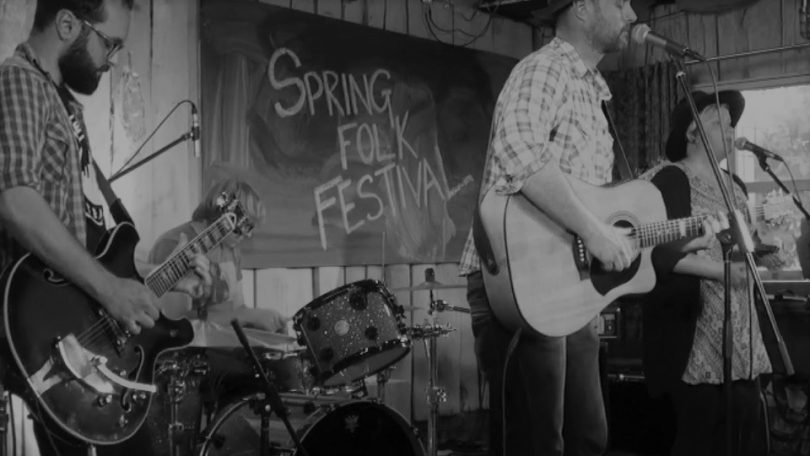 The band first got together at the beginning of 2016 and through mutual contacts, brought their eclectic tastes to their sessions and started playing music together.

“I had been living in the UK, CJ had been living in East Timor, Laurelle had just flown in from the UK and Morgan had been all over the place. And we all landed in Canberra around the same time and mutual contacts put us together and we started to jam.”

Since first huddling together in a garage, Betty Slim has become a regular on the Canberra music scene. Their monthly Sunday afternoon ‘Recovery Sessions’ brought growing crowds to the Old Canberra Inn, which quickly built up a cult following.

Betty will jump on stage with a bit of sadness on Saturday night, but will never say never to getting the band back together sometime in the future.

“At some stage, we might get back together in the future, so it’s not a goodbye. It is just our last hurrah for a while,” Zala said.

“Saturday is our last chance to get up and give the tunes one last whirl, and we have a really good lineup, free entry, and you can’t say no to that.”

Saturday (7 July) 7:00 pm @ Polish Club
Betty Slim, Rumblr, Endrey and the Standard Deviants.
It’s FREE entry, so come and warm up on a cold Canberra night with a Polish beer, pierogis and some good old-fashioned dancing to excellent live music.

chewy14 - 45 minutes ago
Wow, polling commissioned by a left wing think tank finds that the left wing Greens are going to do really well at the next e... View
News 1

JS9 - 1 hour ago
Gee the ACT really does scrape the bottom of the barrel to find political nominees on all sides of politics.... just another... View
News 20

@The_RiotACT @The_RiotACT
The West Basin place plan has been released by the ACT Government, providing valuable detail about the multi-year development, but little mention of where the area's residents will live https://t.co/ThGXcooFe6 (47 minutes ago)

@The_RiotACT @The_RiotACT
A chronic undersupply of tennis courts is denying the Gungahlin region a valuable resource, and could deny us another tennis champ from the region https://t.co/Kkounx37Me (3 hours ago)