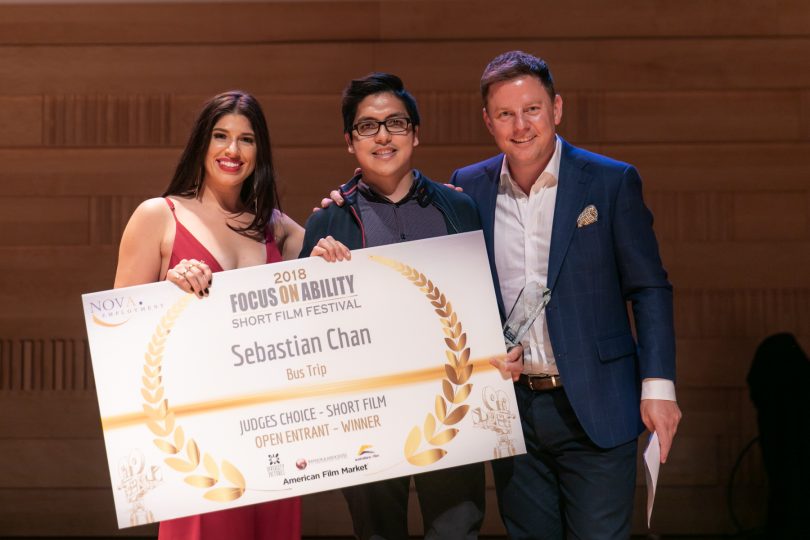 A Canberra film-maker has won a major award at the 10th annual international Focus On Ability Short Film Festival, an initiative of NOVA Employment which focuses on the abilities of people with disability.

Sebastian Chan’s short film Bus Trip won the Judges’ Choice award in the Open Short Film section and Chan received his prize at the gala awards night at The Concourse in Sydney on 5 September.

Another Canberra film-maker, Carl Emmerson, and mentor Daniel Sanguineti won the Best Australian Screenplay award for sci-fi Airlock, the story of the only survivors of an alien attack. 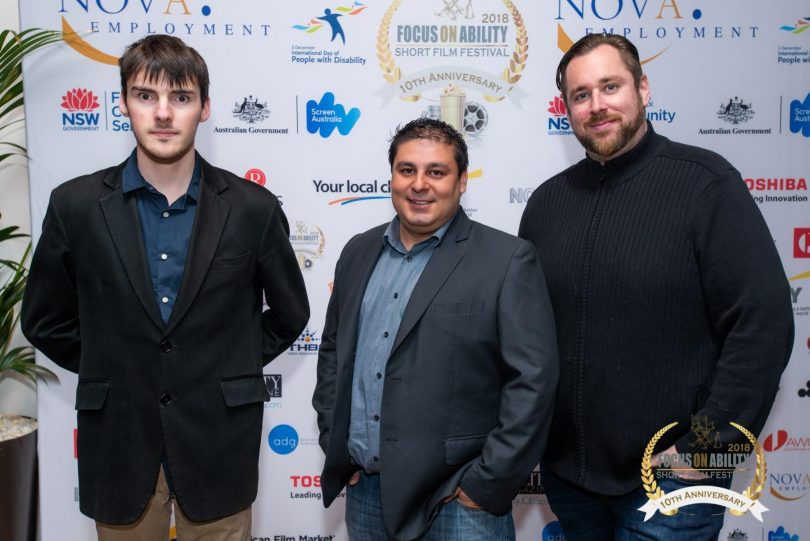 From left, Carl Emmerson and Daniel Sanguineti at the awards.

Bus Trip tells the story about a disabled man who stands up for what is right and fair. It’s a film about bullying and the courage and conviction required to stand up to bullies.

On the night, Chan thanked the lead actor, Peter, and his mother, “who so strongly supports his acting career.”

“We shot it in one day on the bus,” he said. “Thanks to NOVA for the platform. We’re raising awareness together.”

The Focus On Ability Short Film Festival is an international, five-minute short-film competition open to all, free to enter and free to attend.

‘I’m absolutely privileged to get out of bed every morning, because the people I work with are an inspiration.”