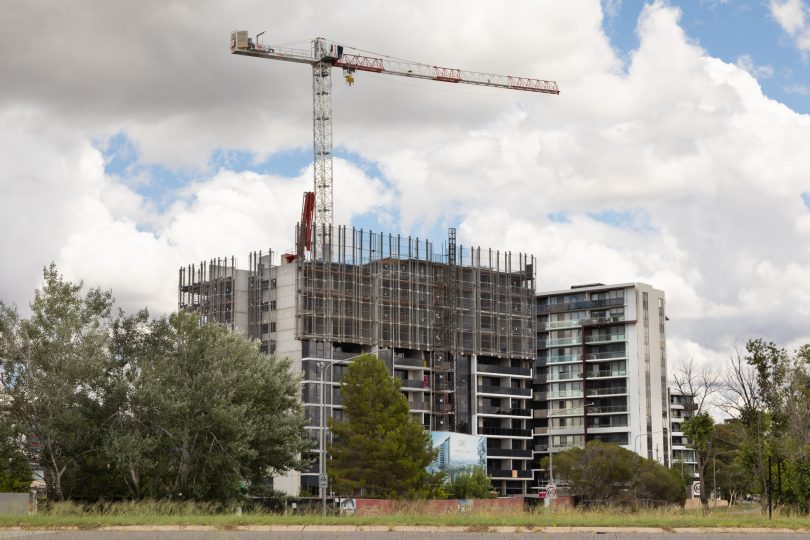 The Oaks apartment development in Woden. With few detached houses on the market, demand for units and townhouses is growing. Photo: Michelle Kroll.

Canberra’s dwelling values continue to surge to record heights, despite the traditional quieter holiday period, with demand for units and townhouses picking up steam.

Canberra remains the third-most-expensive capital to buy property, behind Sydney and Melbourne.

Auctions numbers have fallen over January but clearance rates have been high while the sale of new builds, particularly units and townhouses, have been particularly strong.

Houses in Ainslie, Aranda, Narrabundah, O’Connor and Wright last weekend all surpassed the million-dollar mark, while those in the outer suburbs of Gowrie, Monash, Latham and Melba breached $700,000. A three-bedroom townhouse in Coombs went for $590,000.

The combination of few detached homes on the market, rising prices and government incentives such as HomeBuilder has pushed buyers into the better-supplied unit and townhouse market. 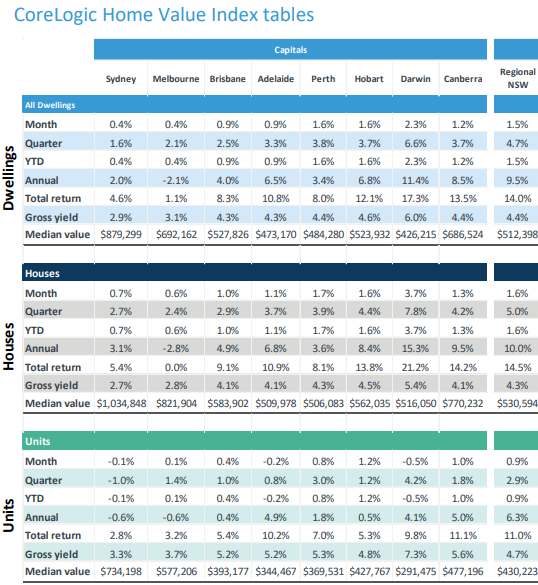 ABS data shows that the number of loans to owner-occupiers for the construction of new dwellings in the December 2020 quarter compared to the same time last year increased 43.8 per cent.

As at 31 December, 1,371 people in the ACT had applied for the $25,000 HomeBuilder grant for new builds, according to Federal Housing Minister Michael Sukkar.

While houses are likely to continue to outperform units, with demand to soak up the expected increase in listings as the year goes on, Canberra’s unit and townhouse market appears much stronger than the other capitals.

Canberra’s stable economy, strong jobs market and COVID-free status are also reinforcing its perception as a safe haven, attracting investors and new workers to the capital.

The pandemic and greater remote working opportunities are also driving demand in regional areas, with all dwellings in Regional NSW up 1.5 per cent and houses 1.6 per cent, compared with a 0.4 per cent rise in Sydney.

It is part of a national trend that has taken housing values to a fresh record high, surpassing pre-COVID levels by 1.0 per cent, and CoreLogic’s index is 0.7 per cent higher than the previous September 2017 peak.

“This demographic trend is further compounded by the demand shock of stalled overseas migration,” he said.

”As Melbourne and Sydney historically receive the vast majority of overseas migrants, these metro areas have been the hardest hit by this demand shock.”

He says better housing affordability, an opportunity for a lifestyle upgrade and lower density housing options are other factors that might be contributing to this trend, along with the new-found popularity of remote working arrangements.

Overall, CoreLogic says the January results show the housing market has started the year on a firm footing, setting the scene for further price rises throughout the year, based on the recovering economy and the expected continuation of the low-interest rate environment.