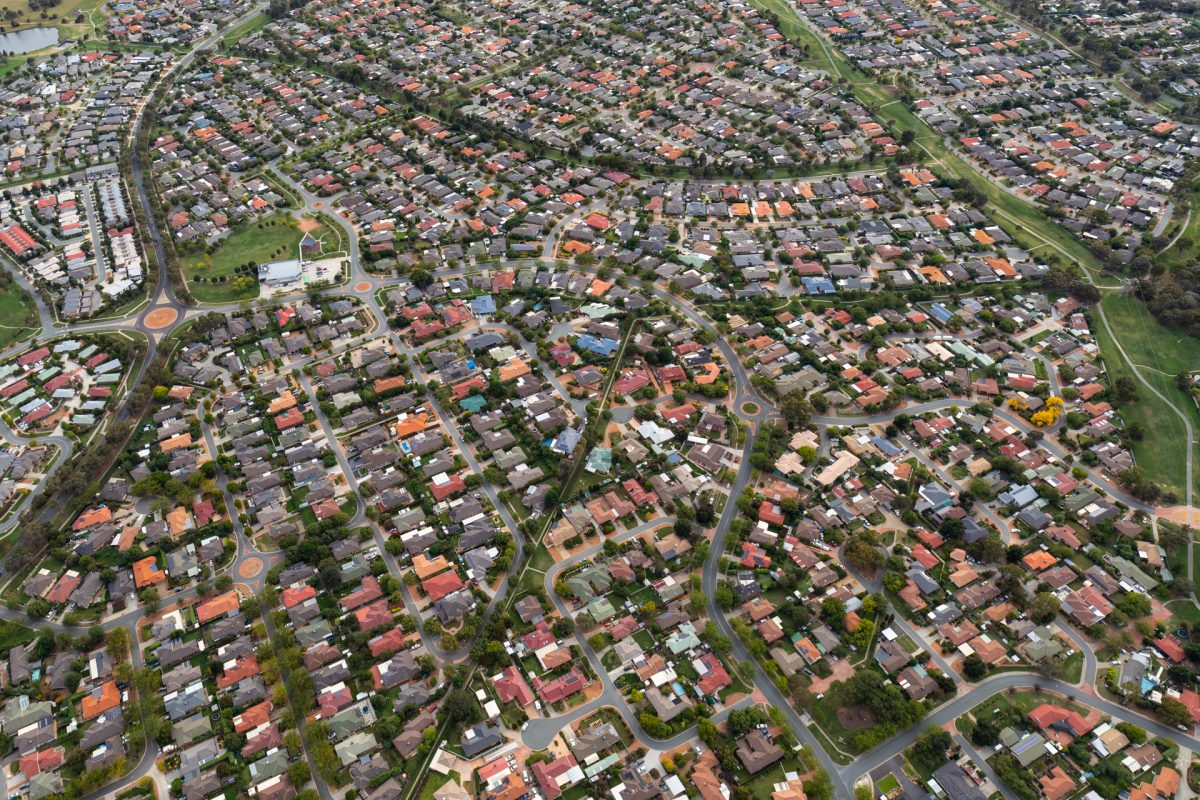 The median Canberra house price has dipped below the million dollar mark for the first time since December last year as home values continue to fall while interest rates climb higher.

The Reserve Bank maintained its war on inflation by lifting its cash rate a further 0.25 per cent to 2.85 per cent last week (2 November), adding more cost of living pressures to mortgage holders and ensuring home values keep falling.

The cash rate is now 30 basis points above the pre-COVID decade average and at the highest level since April 2013.

If the full rate hike is passed on to mortgage holders, the average variable mortgage rate for a new owner-occupier loan is set to reach about 4.96 per cent.

The latest monthly data from CoreLogic shows Canberra’s median house price at $990,851, as values for standalone houses fell 1.1 per cent in October, nearly 5 per cent for the quarter and 2.3 per cent so far this year.

READ ALSO Home Truths: Labor faces up to the housing monster but will the Accord be enough?

Units and townhouses fell 2.2 per cent for the quarter but are still 3 per cent ahead for the year. 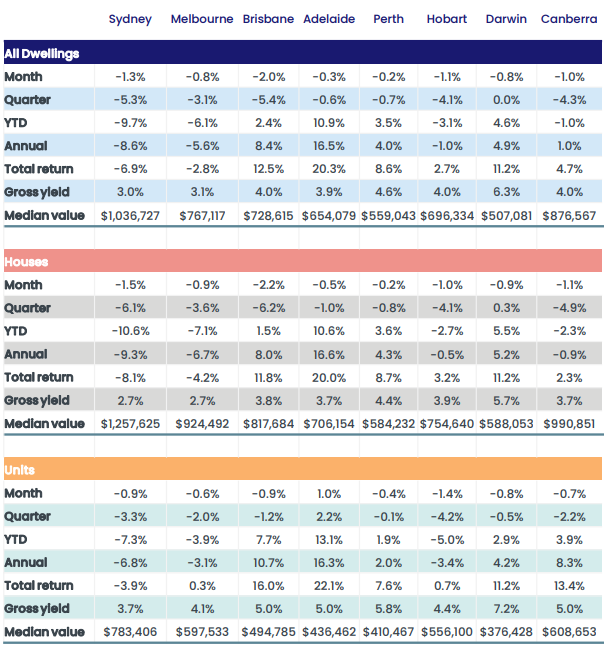 All figures show Canberra is still the second most expensive capital in the country behind Sydney, but the falling prices mean it’s more of a buyers’ market with lower entry points for first-home buyers, albeit with higher borrowing costs.

At the combined capital city level, overall housing values have fallen 6.5 per cent following a 25.5 per cent rise through the upswing.

Last weekend experienced a steep rise in Canberra properties listed for auction (113), but only about half were reported and 36 sold for a clearance rate of 63 per cent.

There were several sub-$1 million sales, including one house for just $605,000 in Karabar in Queanbeyan, with the other houses all higher than $800,000.

There is more choice with more properties on the market, which is typical for spring, but there appears to be more than there were at this time last year.

SQM Research says Canberra property listings in October were up 10.7 per cent for the year.

CoreLogic says the pace of falls has eased over the past two months across Sydney and the past three months in Melbourne and Canberra but has gathered momentum in Brisbane where home values are now falling the most rapidly of any capital city or rest-of-state region.

CoreLogic’s research director Tim Lawless said it was probably too early to claim the worst of the decline phase was over.

“Despite the easing in the pace of decline, with Australian borrowers facing the double whammy of further interest rate hikes along with persistently high and rising inflation, there is a genuine risk we could see the rate of decline re-accelerate as interest rates rise further and household balance sheets become more thinly stretched,” he said.