Experts in buying, selling & renting
Your property, your future
28 May 2021

28 May 2021 | Michael Weaver
Start the conversation 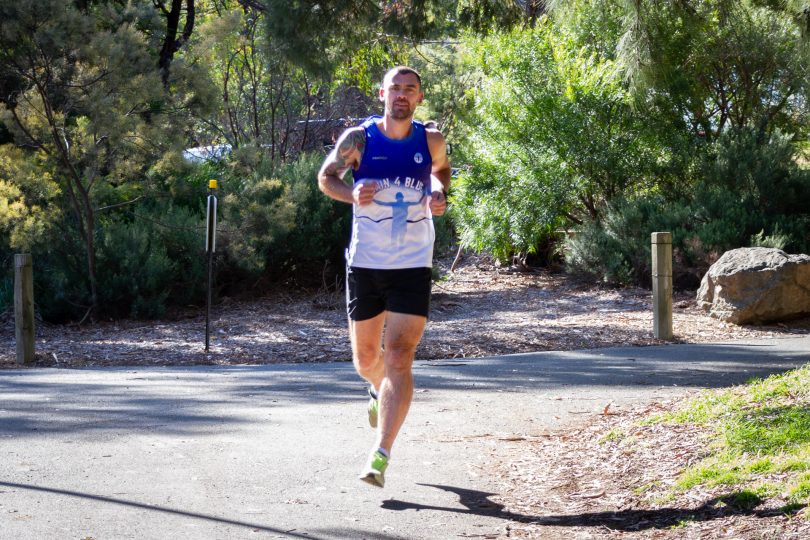 Sgt Dave Reis will run for 24 hours this Friday and Saturday to support the families of police officers who have died. Photo: Michael Weaver.

Dave Reis doesn’t mind being on the run.

The ACT Policing sergeant will run continuous laps of Lake Ginninderra from 5:00 pm today (28 May) until 5:00 pm on Saturday in support of the national Run4Blue campaign which supports Police Legacy, a charity to help the families of police officers who have died.

Now an executive officer to ACT Policing’s two deputy chief police officers, the former general duties officer of 13 years set himself a goal of running at least 10 kilometres every day this year.

“I’ve been pretty lucky with injuries so far this year and have just passed 1200 km for the year, which is a fair way ahead of the 10 km average,” Sgt Reis said.

Sgt Reis said he expects to run about 180 km of the 7 km lake over 24 hours. Two other officers, Detective Acting Inspector Libby Swain and Senior Constable Josh Cantwell, will also do the run. Lots of other friends and colleagues will join in where they can.

But in the still of what will be a chilly Canberra night, Sgt Reis said he is looking forward to the challenge of running significantly further than he’s run before.

“To help with the mental side, I’ll get the nighttime section out of the way first,” he said.

“Then I expect to have more company during daylight hours which will be a massive boost, especially during the second half of the run.

“Past experience in longer runs has taught me that the body can do anything if the mind is willing, so staying positive throughout will make the physical side of things easier.” 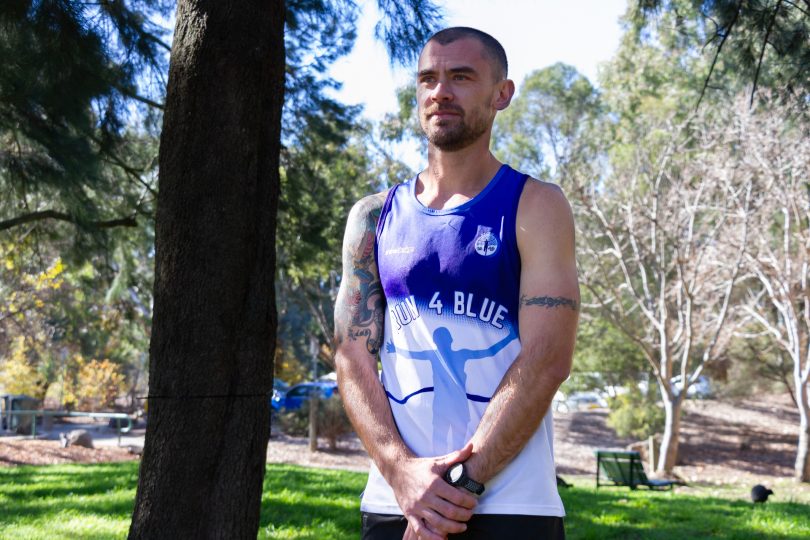 Sgt Reis said this time of year is his favourite time to run, and he won’t need to carry a pack of energy supplies thanks to a food station full of sweet and savoury options such as peanut butter and jam sandwiches, noodles with hot soup, potato chips, lollies, energy gels and bananas.

“The benefit of longer running is you’re not going as fast so you can take on heavier food without having to worry about needing to run fast straight afterwards,” he said.

“The plan is to not stop to eat for too long. The longer you stay still, the harder it is to get going.”

He said he won’t even stay still for bathroom breaks.

“There won’t be any set time for the bathroom. It’ll be as needed as experience has shown it probably won’t be needed much, if at all.”

Sgt Reis said the biggest motivation is helping the police community which always rallies when a member in uniform dies.

“Having worked in general duties policing for most of my career, we’re a pretty tight-knit community, very much like a second family, so whenever there is a death, it affects everyone, especially the families,” he said.

“That’s why I set myself challenges like this – to get people to pay attention to something important while challenging myself through something I enjoy doing, which is running lots.”