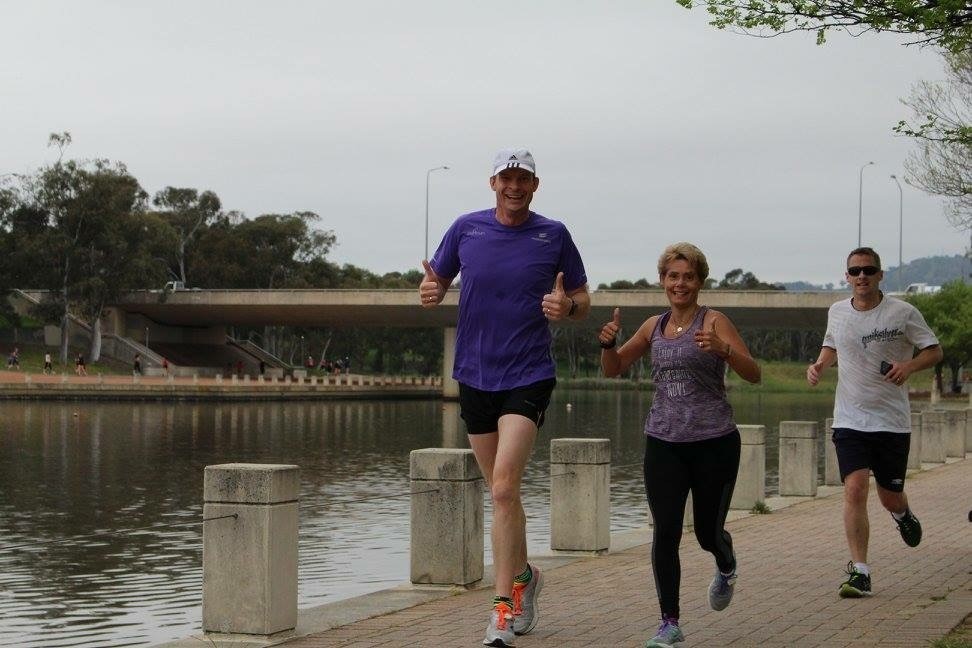 At 8am every Saturday morning a thousand or so Canberrans launch into the weekend with a timed 5km run or stroll.

In so doing they join over two million other people in the global parkrun movement which promotes itself as being “free”, “for everyone” and “forever”.

parkrun began in the UK and only started expanding in 2010. There have now been 140,131 parkruns, with fourteen countries currently participating.

Ginninderra (Belconnen) was the first parkrun in the Territory, followed shortly afterwards by Tuggeranong. Then came the Yerrabi (Gungahlin) and Lake Burley Griffin parkruns.

Tuggeranong run director, Nick Walshe, points out that while there were some initial complaints about parkrunners occupying the pathways around the lakes, most people now accept that “It is here to stay and is a really positive community event.” 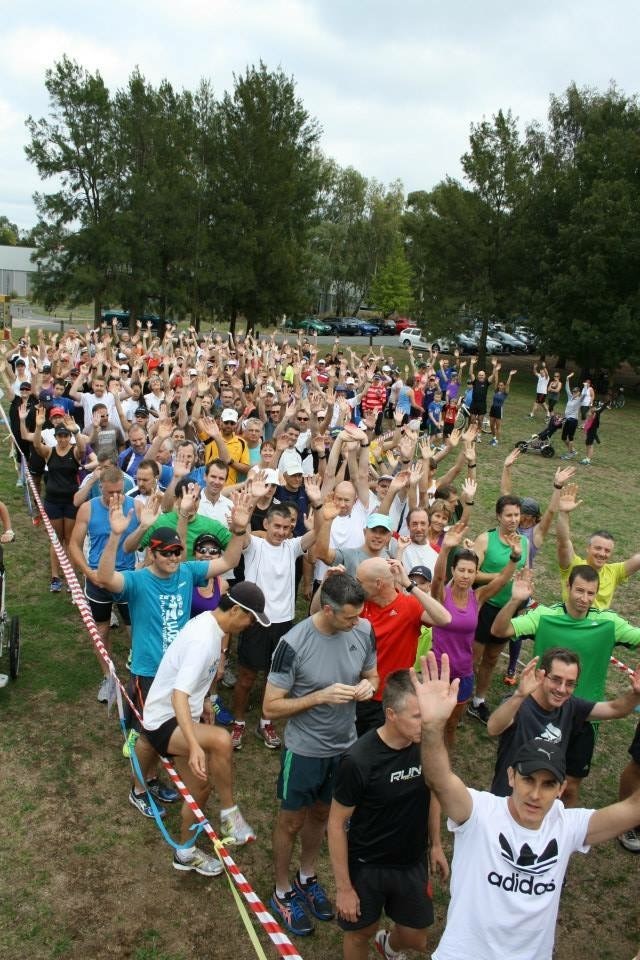 Indeed, with its popularity still rising, ACT organisers are looking for sponsors to start additional parkruns in the region.

There is an especially strong affection for the movement in the nation’s capital. Cities with similar populations across Australia and around the world tend to host only one or two parkruns. With 12 times the ACT’s population, Sydney has 17 parkruns, many of which attract fewer runners than each of Canberra’s four events.

Canberra’s passion for parkrun was evident over the festive season when extra events were staged on Christmas Day and New Year’s Day, and attracted more than 250 participants.

ACT Territory director Gary Clarke points out that parkrun’s popularity can be explained in part by how easy it is to join. You simply get online, print off a barcode, and go. His running and life partner Denise Clarke stresses, “It’s family friendly. We just encourage people to come out and walk, jog or run. Whatever you want to achieve on the day is great.”

Another parkrun saying is, “It’s a run, not a race!”

Newcomers stress how easy it is to get going. First timer Melinda Main said, “I have been part of a walking group for some time and am now looking for a new challenge.”

Second time parkrunner Sophia Lever and was eager to beat her time from the previous week, driven in part by a desire to get back into top shape after having a baby. 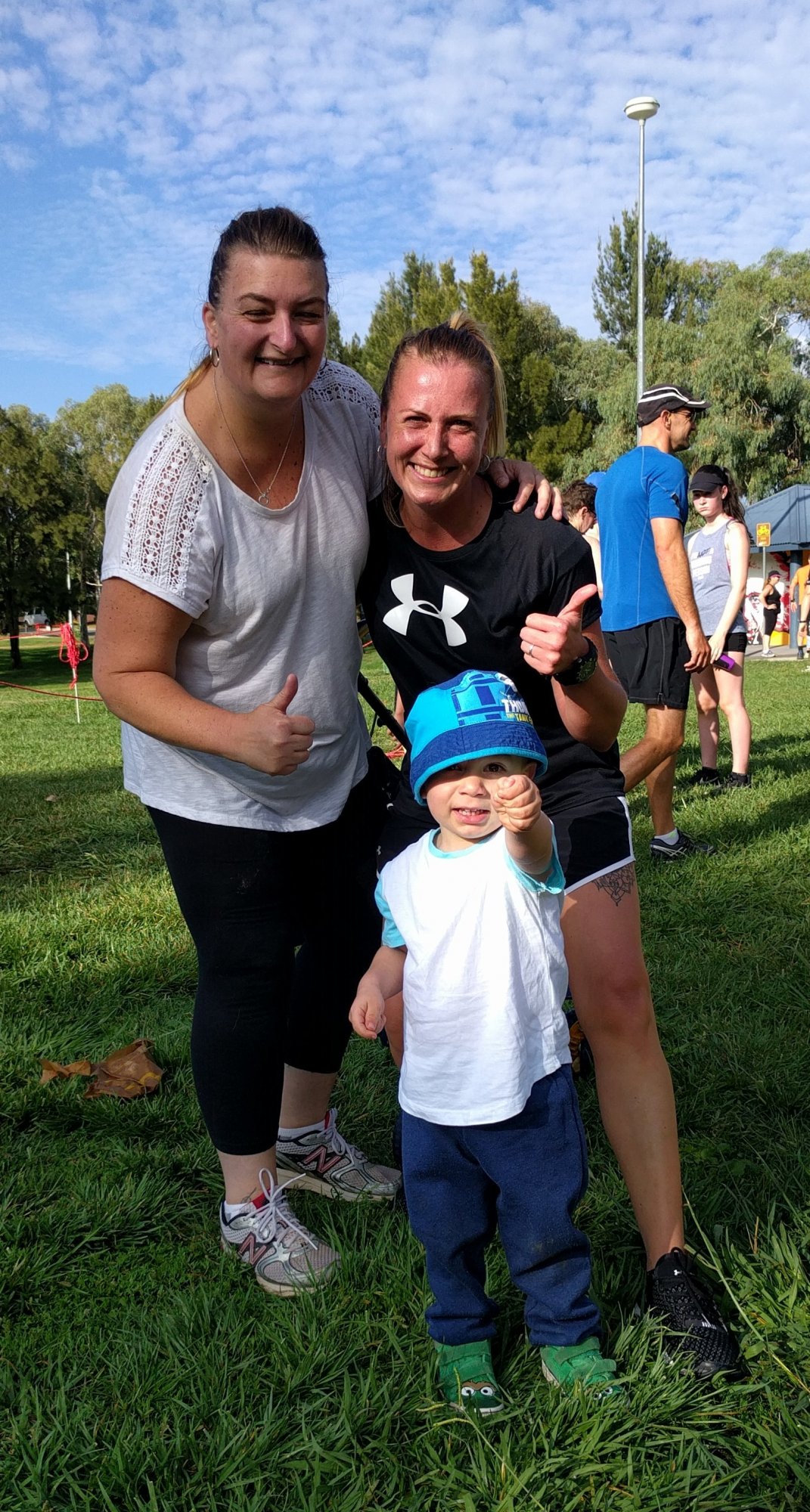 The regularity of parkrun events is also key to its success. In his 107th parkrun, Humphrey James credits the movement with saving his life. “Four years ago I went to the doctor who told me that I was on the way to getting type-2 diabetes. parkrun has helped me to lose 17 kilograms and get to the stage where I’m now doing triathlons.” Humphrey is especially proud of being able to compete in the pool against his wife who is an accomplished swimmer.

The key ingredient to parkrun’s success is community spirit.

At the start of each event, participants gather to welcome new parkrunners and tourists. Those who have reached significant milestones are congratulated and cheered, with t-shirts being awarded to anyone who has recorded 50, 100 and 250 parkruns. Around six people in the world have completed 500 parkruns.

For the all-important volunteers, being able to give back to the community is more than enough reward for their time and commitment.

As someone who lives and grew up in Tuggeranong, run director Nick Walshe points out that, “Down this end of town, there’s not always a lot of things happening. So parkrun has really contributed to Tuggeranong’s sense of community and character.”

Volunteer Belinda Harding highlights the social, personal and mental health benefits that come with parkrunning, “You can run past people and not say anything, but know exactly how they’re feeling and know the reward that they’ll get as they cross the finish line and say, ‘Yes, I’ve done it!’”

If you are interested in joining parkrun just search for it online, register and turn up a little before 8am the first time for a pre-run briefing. Have you done parkrun in Canberra or elsewhere? What attracted you to the event? Or perhaps you are sick of parkrunners clogging up the pathways around our lakes every weekend. If so, where should they go?

Kim Huynh is a RiotACT columnist, lectures politics and international relations at the ANU and hosts ABC Radio Canberra Drive every second Friday.

Caption’s: Top, thumbs up for Gary and Denise Clarke, Territory Directors of parkrun. Middle, getting ready for Tuggeranong parkrun. Above, Sophia Lever with a PB in her second parkrun.

Park Run – is wonderful gets people into exercise and appreciation of an attractive area of any town and city … inclusive of all the family + the family dog … at no financial cost … and at 8am each Saturday such a great way to start the weekend … and if you have time you can share a coffee at a local cafe afterwards with other like-minded souls in community spirit.

Parkrun is great. It’s highly addictive – both in trying to beat your personal best time – and trying to “collect them all” by running at as many different locations as possible.

My home parkrun is Ginninderra – although Yerrabi and Tuggeranong are flatter and faster!

Nawaporn Posuwan - 14 hours ago
Merryn Orchard look very nice I should go there and try soon. View
Songchat Chatkeo - 17 hours ago
Awesome krub View
Merryn Orchard - 18 hours ago
Nawaporn I think you would be the best judge for me 😋 View
News 34

Acton - 21 hours ago
Why does the Government distrust volunteers? Why are volunteers supervised and spoken to like children, told what to wear, wh... View
News 40

Capital Retro - 23 hours ago
You use "change" as the theme of your post. Be aware that "the more things change, the more they stay the same". This is very... View
News 1

@The_RiotACT @The_RiotACT
If you're looking for a home where heritage meets modern architecture, take a look at this stunning home in the middle of #Goulburn https://t.co/0KmDRlXHZQ (25 minutes ago)