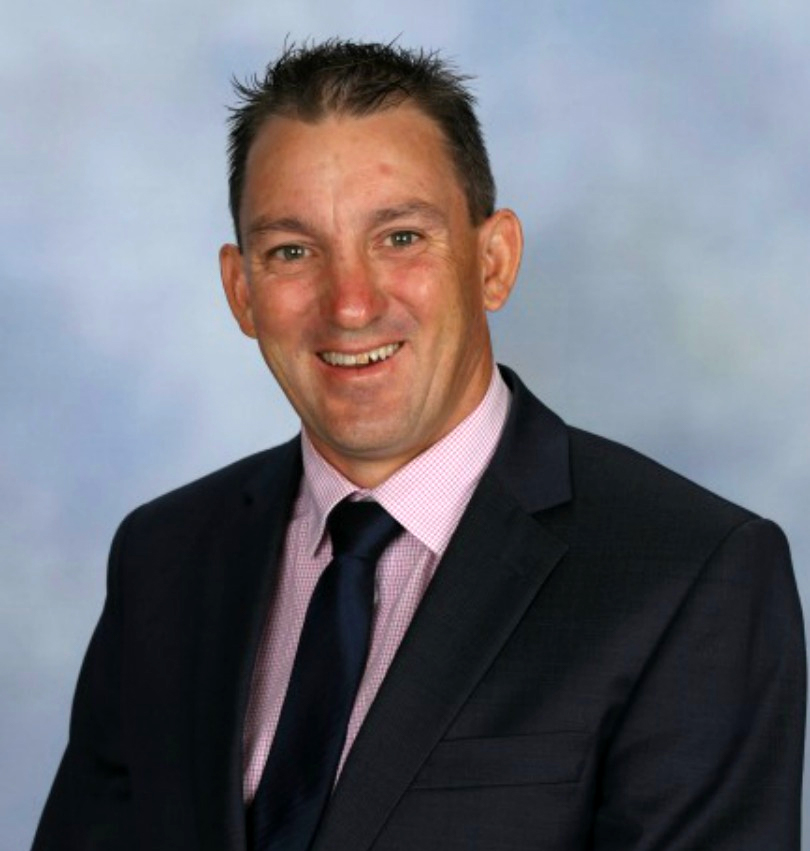 David Austin is a “lucky” man he tells me. He has been in Catholic schools since he was five years old and something sparked within him whilst he was just a student in primary school. He knew then that he wanted to be a primary school teacher in the Catholic system. That must be a testament to his teachers as role models, I would imagine. Don’t you remember those special teachers who motivated you in some way? The kind of teachers who make a difference and influence their students’ future lives? David wanted to be one of those. Today he is working on it, in his second year as Principal of Good Shepherd Primary School in Amaroo.

But he admits there were serendipities and epiphanies he was lucky enough to experience along the way from teacher to leader. In his second school as a teacher, he had a short stint in an acting leadership role and that was his first epiphany, knowing that he could make a difference to many more students, as well as teachers.

His first school with a substantive leadership role, as Religious Education Coordinator, was Sacred Heart, Pearce. This was another serendipitous turning point for David. The Principal at the school at that time, Phil Marsh, as well as the Parish Priest, Father Tom Thornton, not only loved people and had a great deal of passion, but they were also charismatic leaders that left a great impression on young David, providing impetus to drive him forward.

Believing he would have to do many years as Assistant Principal before he could even consider applying for a principal’s position, it was not to be so. Fortune came his way that expedited that goal.

At St Michael’s in Kaleen, where he had been appointed Assistant Principal, the Principal announced her impending retirement and David was encouraged to apply for the job. That’s when he won his first principalship.

“I loved that school. I cut my teeth at that small school,” David tells me by way of reflection.

After a brief stint as Principal at St Francis of Assisi at Calwell, where he felt at home in his own parish, it was time for a new challenge. David is a mover and shaker – I can see that he’s a life-long learner by the numerous qualifications on his office wall, including a couple of Masters degrees – so he was appointed Principal of Good Shepherd last year. 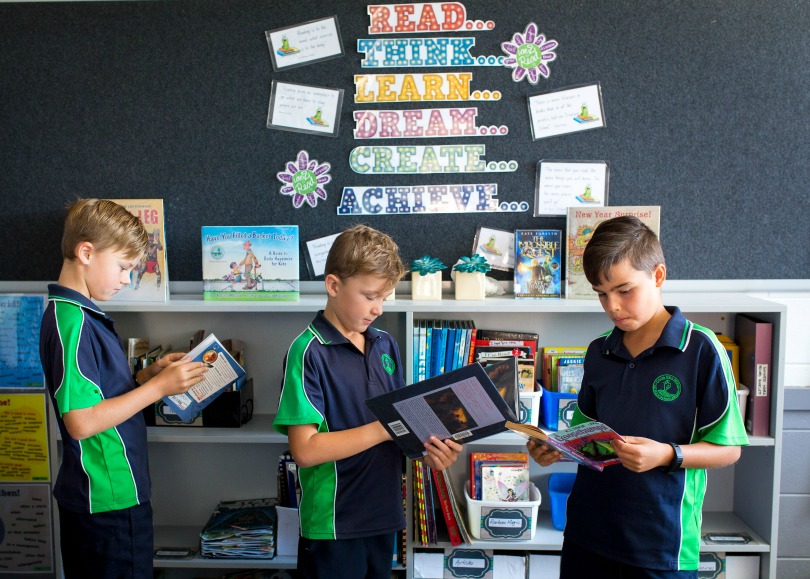 David’s first impression of this somewhat large school, with 710 students from K-6, was that it was full of young, enthusiastic families. Community-minded, with lots of mums with prams, who are keen to get involved. The vibrancy of the parish stood out for him too, and the demographics of Gungahlin meant that enrolments were never going to be an issue. No spruiking for students necessary. On top of this, he inherited staff who were passionate, committed, and with no cliques or dramas. More good fortune for David, as this made his job so much easier.

Luckily, according to David, last year Good Shepherd went through registration. This meant that he could get a comprehensive report along with recommendations.

“It was truly the best way to start as Principal here. We could embrace the recommendations and start to make plans for improvement collaboratively with the staff.” (Under the Education Act 2004 non-government schools require regular approval through an accreditation process.)

“My philosophy is if you have a happy staff, and happy parents, then you get happy students,” David tells me. “And we are constantly trying new ways to involve everyone. We had a bush dance and a Mother’s Day breakfast recently.”

Naturally, the staff is working on improving results with teaching and learning and David believes if the Principal is involved in teaching and learning, the schools’ results will improve. Therefore, the main focus for him and his team of six executives, (who could all run a school he tells me), is instructional leadership.

As for the students, this year the focus is on writing, and for the students to learn how to develop their literacy skills, as well as STEM, of course. Added to the academic focus, there are numerous clubs in the school. Apparently tennis is a big thing here too. A general sports focus is visible, and what’s more, David has both girls and boys actively involved in cheerleading, proud of the fact that Good Shepherd is the leading school in Australia for cheerleading. That’s quite a unique feather in the school’s (collective) cap. 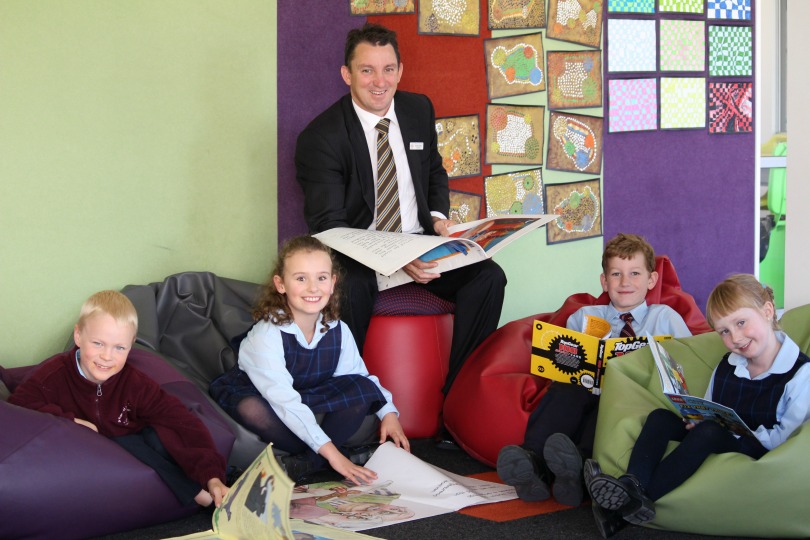 For the future, they are focused on their three-stage building master plan. They just opened a brand new, 2.5 million-dollar building, allowing them to become a four-stream school with 28 classes. The second-phase renovations are to be completed at the end of the year, with the final stage due for completion early in 2019. The local population growth in Gungahlin has resulted in large numbers enrolling. The fact they are already occupying all the available land there means that the building program must be a priority.

But David finishes off by saying: “for the immediate future, we don’t want to lose community and so we focus on that aspect as well as keeping on top of 21st Century learning and teaching. We are determined to succeed and to give our students the best schooling experience we can provide.”

“We want our children to be life-long learners” and I believe him. After all, David Austin and his executive are leading by example.