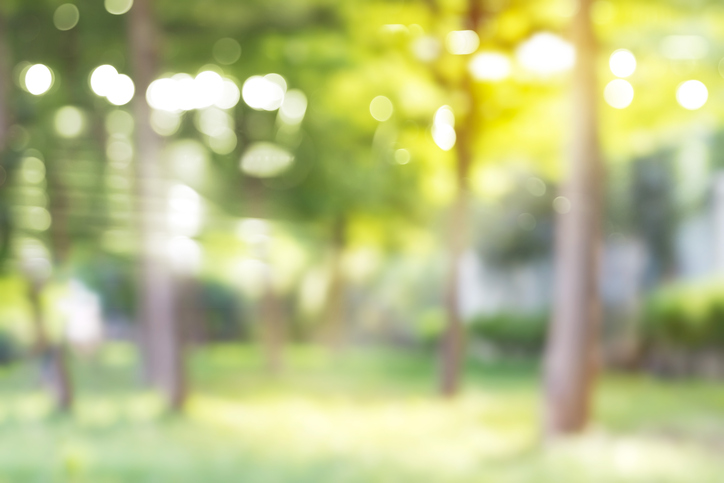 Do we have a responsibility to create public spaces that serve all people and their lifestyles equally? How well does Canberra do it? What should we do – and can we do better?

Planning-obsessed Canberrans can hear the verdict of experts before sharing their own thoughts about those controversy-provoking questions this Thursday at the Margaret Hendry Lecture.

Hosted by the Australian Institute of Landscape Architects (AILA) the Lecture is a free public event that celebrates women in the landscape architecture industry.

This year the lecture will be in the format of an all-female panel discussing the creation of equitable public spaces, underpinned by the beliefs of renowned American/Canadian city planning activist and author Jane Jacobs that ‘people must take a modicum of public responsibility for each other even if they have no ties to each other.’

AILA ACT President, Catherine Keirnan said the topic was designed to encourage a range of views and showcase new ideas that reflected and honoured the work of both Jane Jacobs and Margaret Hendry.

“Jane Jacobs had a deep commitment to ensuring all features of life were served in the design of a city, including business, recreation and ethnicity. She believed this mix made a truly vibrant city,” Ms Keirnan said.

“The Margaret Hendry Lecture commemorates founding member of AILA, and a trailblazing woman in the male dominated field of landscape architecture.

“On her appointment to the National Capital Development Commission in 1963, Margaret Hendry was one of just five female landscape architects in Australia. She went on to become a senior lecturer at what is now known as the University of Canberra, but was then known as the Canberra College of Advance Education.

“Margaret’s influence can still be seen and felt around Canberra. We often talk about the ‘Burley-Griffin Plan’, but Margaret’s fingerprints are all over its implementation.

“While you can expect the legacy of both Margaret Hendry and Jane Jacobs to dominate the evening, there is no doubt the views of our panel will inspire evolving and challenging thoughts on how public spaces are created to serve the current and future needs of the community,” Ms Keirnan said.

“With only limited seating available for this traditionally well-attended event, I encourage people to arrive early to ensure they can be part of one of our most popular annual activities.”

Join AILA ACT for a discussion on creating equitable public spaces; drawing on the philosophy of renowned American/Canadian planning activist and author Jane Jacobs that “People must take a modicum of public responsibility for each other even if they have no ties to each other.”

Recently retired from radio after 27 years, Alex will be stepping back behind the microphone to ensure the panel runs smoothly. Throughout her career Alex shone a spotlight on the development of Canberra and community needs, making her the perfect choice to oversee the evening.

With a long record of fighting for local needs as Chair of the Belconnen Community Council, Tara moved into the ACT Legislative Assembly at last October’s Election. Her advocacy for sound development that serves the needs of all the community means she will be a natural fit for the role of guest speaker to open the evening.

Professor Kate Auty, ACT Commissioner for Sustainability and the Environment; attached to the University of Melbourne
Kate is, and has been, a Chair and advisor on several national boards sponsoring research on climate change and transformation in our cities. Kate has held many leadership roles in the Victorian Government and Melbourne University, including Vice-Chancellors Fellow, Ambassador for City of Melbourne in the development of the Future Melbourne Plan.

Christine is a researcher in Mobile and Ubiquitous Computing. She was runner up in the Australian Women in Technology Awards 2014. In 2013 her ‘Mobile Phones for Personal Safety After Dark’ was selected by the Commonwealth as the work best exemplifying Australian research. She is a member of the National Capital Authority Board and advises the Australian Communications & Media Authority.

Catherine is a local architect who has attained an impressive list of industry awards. She has contributed extensively to the profession and to community advisory groups, including the 2003 Bushfire Recovery Taskforce. As Government Architect she wants to ‘capture the citizen’.

Amy was named in 2016 as one of ten emerging voice in Australian Landscape Architecture. Amy is passionate about place making and participatory design. Amy has led workshops in Berlin as part of the BMW Guggenheim Lab, presented a popular TEDx talk, and spoken at various design and planning conferences. Amy is founder of Vibrant Places, co-founding member of the U.R{BNE} Collective.

Margaret was a ‘quiet trailblazer’ in Landscape Architecture. She worked as an assistant to Dame Sylvia Crowe in Britain and when she was appointed to the National Capital Development Commission in 1963, she was one of just five woman landscape architects in Australia.

She was a founding member of AILA and a devoted, tireless senior lecturer at the (then) CCAE in one of the first degree courses in Landscape Design. Margaret was on both the Women’s Advisory Board (1975- 1976) and the Women’s Advisory Council (1976-1978) to the NSW Government.

Aaron Still - 49 seconds ago
Nice one Con and Tony !! You guys are awesome. Wish the body still worked well enough to play there 😬😎... View
Property 12

Beverlea Joce - 11 minutes ago
Gotta keep those trams filled... View
Peter McDonald - 51 minutes ago
There are already houses closer to Epic. But infield stables? Won’t that block the view of the race for punters? View
Shaun Gowing - 1 hour ago
If these units go ahead, any event hosted at EPIC is dead. Folk Festival, camping show, Summernats - all gone. As the new ten... View
Community 28

Peter Palmer - 15 minutes ago
Maybe we could pack a few covid19 vaccines in with them. View
Glenn Hayman - 1 hour ago
Brandon Doy represent View
Lou Dampney - 2 hours ago
Will they be eligible for a refund if it doesn’t work! View
Opinion 2

Rob Thomas - 53 minutes ago
Good luck whoever you are. View
Paul Leins - 4 hours ago
Good for Canberrans too View
Opinion 186

Daniel O'Connell - 21 hours ago
Approx $1,000 per resident View
show more show less
*Results are based on activity within last 7 days

@The_RiotACT @The_RiotACT
A torrential storm saw seven people die in Woden 50 years ago on Australia Day 1971. A police officer on duty that night recalls the events that still gives him goosebumps https://t.co/4jgf3xFKhq (15 minutes ago)