New stock, such as Ivy in Woden, has come on stream but the ACT rental market remains very tight. Photo: File.

Last year’s legislation to make life easier for renters is having unintended consequences, including higher rents and an even tighter rental market, according to property group Independent.

As students line up to inspect properties and the annual worker influx begins, Independent Property Management managing director Hannah Gill says a combination of high rates and charges, greater rights for renters, and CPI limits on rent increases have seen many investors desert the ACT market and landlords ratchet up rents to the maximum allowed.

The cost of housing in the ACT is an ongoing issue, with rents for both houses and units second only to Sydney.

While new data suggests rents are steady or marginally down over the year, Ms Gill says Independent is seeing rents continuing to climb on its rental roll, which is dominated by units. 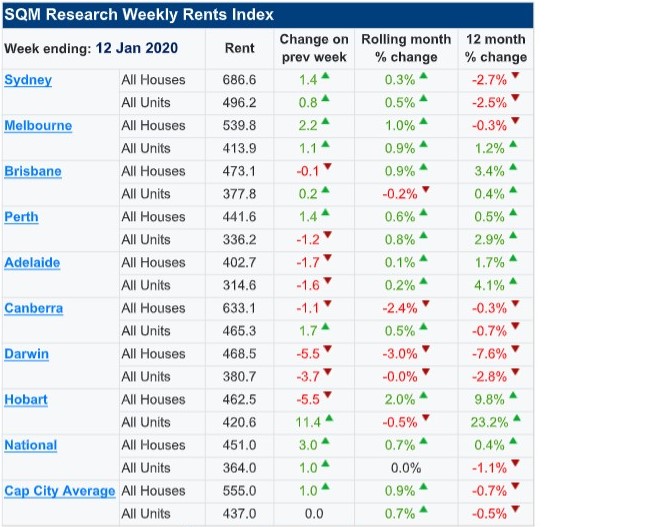 Ms Gill said that perversely, the CPI rent limitations applied in November were probably forcing rents up more quickly than they might have done otherwise.

“It’s the unintended consequences we were worried about,” she said.

While the completion of several major unit developments such as Ivy in Woden had added some stock, and there was more on the way this quarter, Ms Gill said investor numbers were still down, limiting the number of rental properties coming on to the market.

“Four years ago we were seeing half of the development snapped up by investors and now from what I’m seeing it’s 10 to 15 per cent,” she said.

Ms Gill said the legislation, which also made it easier for tenants to keep pets, and increasing strata fees, rates and taxes had created a lot of angst for investors in the market and they were looking at other investment options.

Ms Gill’s comments come as new data shows a slight improvement in the residential vacancy rate for December, compared with November and the same time in 2018.

But this is still a very tight market, Ms Gill says, and the data reflects the traditional increase in December as workers and students leave the ACT, and probably the arrival of fresh stock.

The situation was challenging as the ACT entered its peak season because there was not enough variety of accommodation available, particularly houses for families, she said.

Demand from students was already significant, with large groups at open homes recently.

She said other areas of high demand were pet-friendly properties and homes in desirable school zones.

SQM Research said weekly asking rents in the ACT to 12 January was $633 for houses, about 2 per cent down on the previous month, but steady over the year, and second only to Sydney.

Units were $465, again only second to Sydney, and slightly up on the previous month but slightly down on the year.

Is anyone amazed that Canberra rents keep skyrocketing when the Labor/Greens Government keep introducing new policies or increased charges to tax landlords or restrict landlords when renting out their properties.

There’s thousands of new high storey apartments on the market for landlords or new homeowners, but why buy them if their value isn’t likely to increase, if the build quality is poor or if a large chunk of the weekly rent is only covering rates, land tax and strata costs.

We have a 3 year old Northbourne one beddie that pays $11,750 in those charges. Add in other fees and charges and even with interest rates at 3% we still lose plenty of money a year on a unit that’s probably worth $30k less than what we bought it for.

We can’t increase rent above CPI and don’t want to kick out the tenants either.

Why do renters feel as entitled as if they own the place? They don’t someone else does. Live with it or buy your own place and stop complaining.

Sold our investment property for all those reasons…paid the final tax (capital gains) and will never go there again…1 less house available.great work guys…..

Unintended? These consequences were entirely predictable, just see the comments attached to articles from that time. You’d have to be willfully blind to claim the consequences as unintended.

Who would have thought there would be a direct correlation between extra ACT Government property charges through annual rates and land tax and the actual rents people pay.

The high rents for properties in the ACT are directly linked to the ACT Governments housing policy, land policy and tax changes.

The Federal Government buffoons haven’t touched housing policy so we can’t blame them this time.

The reason people don’t buy apartments is the debacle with shoddy built apartments most notably in Sydney but happening in Canberra also. Instead of ensuring regulation and proper controls and penalties, these are the nonsense factors confected by a lobby group.

“Ms Gill said the legislation, which also made it easier for tenants to keep pets, and increasing strata fees, rates and taxes had created a lot of angst for investors in the market and they were looking at other investment options.”

The ACT Government presumably has no intention, whatsoever, of changing any of its policies which have an impact on rents, so a Royal Commission into strata fees may well be the way to go…..

Who would ever have predicted that? 🤔😉

Heaven forbid if some lunatic wanted to buy a house and live in it themselves!

Oh cry me a river

Who would have thought 🤷🏼‍♂️ … only every landlord in the ACT could see that coming !!

Gill McGill you know thats how it goes !!! Work hard, get ahead, pay the price !!

Corey Karl yep! And pay for other people. 🤷‍♀️

No surprises here. Anyone with half a brain could see this coming.
The Assembly can demand & legislate for enhanced conditions & more inclusions for tenants but in the long run it is private investment decision to decide the ACT is too difficult & simply withdraw from the market.

The ACT government doesn’t seem to understand the second round effects of increased tenancy regulation and land tax. As an ‘accidental’ landlord having inherited a property, with no mortgage, I sold it after 18 months due to the pretty high land tax. Landlords may be able to tolerate high property costs if they’re negatively geared. That wasn’t my case.

Monika Bee negative gearing means you are still well out of pocket. It doesn’t make it much easier than if you are mortgage free

Good more renters might be able to afford to buy now.

Stevie Wonder could have seen this happening.

I know renters who pay more than I do with my mortgage! How did that happen?

Julie have you included your costs like insurance, rates, maintenance etc in your calculations? Also land tax on top of that. The raw mortgage only costs can look cheaper

Plus the money you want to gouge out of your tenants.

A mortgage is almost guaranteed to be cheaper than renting the equivalent property – after the first couple of years. Because (interest rate fluctuations notwithstanding), the mortgage repayments stay the same, whereas rents increase.

That’s something no one ever mentions in the “renting is cheaper than having a mortgage” articles you often see. (Also, a lot of the time those articles are predicated on having enough money to pay the rent and also invest – but don’t consider that people with a mortgage could also invest).

Tania Shaw I’m going buy what I owe compared to my friends. Yes, I did add up the cost you mentioned and I’m still ahead-and I can make improvements to my house where renters or landlords can’t or won’t.

Tania Shaw don’t pay land tax unless you are renting it out.

Jesse Ward yes I am fully aware of that

Was a private landlord and with the changes just made it too hard so signed up an agent. As a result I can no longer offer a discount as I need to cover agent fees. Therefore not surprised of this at all.

Easily foreseeable.
Labor want to limit landlords rental increases but have no restraint with hiking rates and land tax in some cases by almost 20% in a year. Obviously landlords remaining in the market will recover as much as they can with rent rises.

Nathan Burraston exactly. New tenancy laws are one thing but a local government who constantly increase taxes and fees beyond reasonable is considered a greedy one

Can confirm.
Increases in rates, land tax, restrictions in rent escalation and pet clauses as well as increases development charges have significantly increased my costs as a landlord. Can imagine it’s worse for people with apartments or unit titled properties.
Only thing holding prices in check at the moment is the low interest rates but that party can’t last forever.
Only option is to pass the costs in to the tenants (and yes, the market will enable landlords to do this)

First two of course, but just how do the other two ‘Increase your costs as a landlord’…… talk about drawing a long bow.

They may reduce incentives to want to invest, but they don’t automatically ‘increase your costs’ as a landlord.