Experts in buying, selling & renting
Your property, your future
10 June 2022 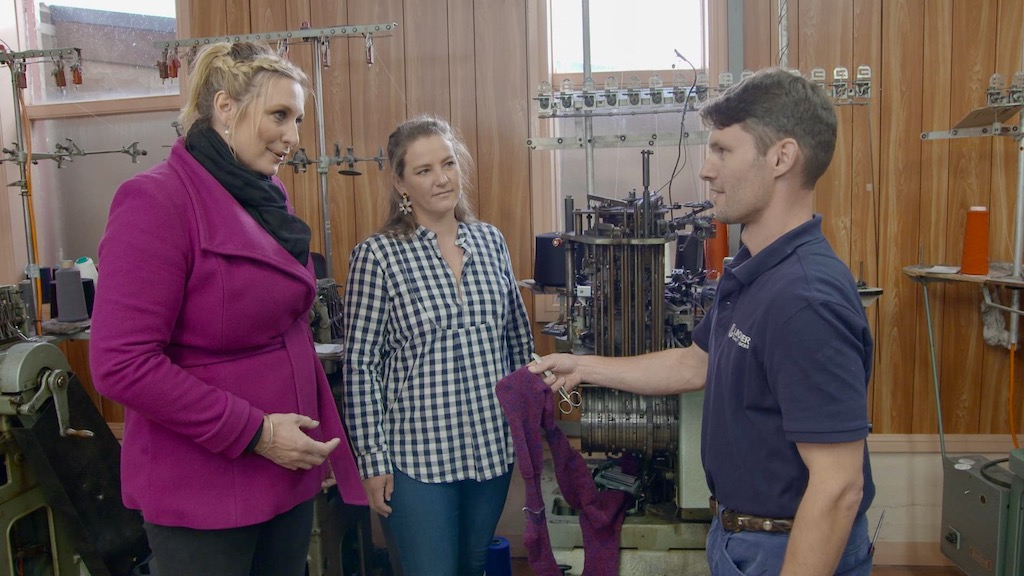 The show’s host Johanna Griggs visited the small town of just over 2640 people and interviewed the owners of Lindner Quality Socks, Andrew and his wife Lucy, for a brief segment on the show. The response has been overwhelming. The couple and their staff have been run off their feet (and socks!) ever since.

Mr Lindner said it would take them weeks to respond to more than 300 emails inquiring about the manufacturing of socks from locally produced wool and alpaca fibre and much longer to fill orders generated by the show.

Griggs introduced the family making Australian-made socks and continuing a 300-year tradition that dates back to the 1730s in Germany. Every generation of the Lindner family has had sock-knitters. She said Mr Lindner was the 10th generation.

Mr Lindner said people had warmed to the idea of following natural wool and alpaca fibres’ journey in sock-making in a “paddock-to-foot” scenario akin to foodies’ reaction to home-grown paddock-to-plate offerings. They wanted to follow every step of the production process and become a part of it.

Taking people into the production room and showing them how socks were made had a dramatic impact, Mr Lindner said.

He showed Griggs a knitted woollen sock tube being made with 84 needles in four minutes. Mr Lindner said half the number of needles were used in fashioning a heel, and explained the manual cutting and sewing involved.

Seeing the spinning wool, cogs, chains and amid the clatter, Griggs said it was like a Willy Wonka factory without the chocolate.

Made without any plastic insets, the socks are hand-dyed in plastic buckets.

While not featured in detail on the show, the old machines are an irresistible point of difference to modern, computer-operated knitting machines.

Mr Lindner’s father Wilfred shipped them out from Germany and then taught him to operate and maintain them.

He has two models: German-made ESTA machines from the 1960s with 164 needles and Bentley Komets from Leicester, England, with 84 needles. In total, 14 machines have hummed away on the factory floor, knitting up to 40,000 pairs of socks a year.

“Visitors were keen to visit the factory and were seeking directions. It was very pleasing to see so much interest had been generated,” she said.

“Sock factory staff have told us of the huge increase in demand for the socks since the episode went to air. People are very interested in buying Australian manufactured goods and enjoy the fact that the wool used in the production of the socks is local to the factory. They are also impressed by the wonderful quality of the Lindner socks.”

The online reaction was also positive with plenty of praise for Lindner socks, including one person who wrote: “When l bought a house in Crookwell 11 years ago, l also bought my “first pair” of socks from them. These first pair of socks are still in good condition and they are still worn for two days a week, every week of the year since l bought them”.

Statistics collated by the Crookwell Visitor Information Centre show a marked increase in visitors to the region this year across all categories and, most notably, in intra-state visits.

Crookwell’s accommodation is often full or near capacity, according to tourist information staff. It’s proving to be a popular destination for visitors looking for an escape to the country and accommodation is frequently fully booked over weekends and holiday periods. The Crookwell Caravan Park is also often full.

“It’s too soon to tell how much of that may come from the Better Homes and Gardens show as it was so recent, but judging by interest last weekend it was certainly seen by many,” Ms Cocum said.

Great sox but so not cheap

Thank you so much John and The Riotact for the awesome article. We really appreciate it 😁

Gail Sloper Thank you Gail. We’re so glad you like them! 😊

No need to go to Crookwell. I got mine at the Lindner Socks stall at the Old Bus Depot markets.

Congratulations for highlighting this company, which also makes rugby jumpers. Mine is especially warm at the moment. Lindner is also an outstanding success as a proud regional industry and employment.

They are THE best socks. Lovely, warm and thick and perfect for wearing around the house instead of slippers!

Emily Birks Towler That makes us so happy Emily. Great to hear they’re keeping you warm. 😊

Still have my Australian flag socks that I purchased from there over 20 years ago. Always wear them when travelling overseas. 🇦🇺

Narelle Merrick That’s so lovely to hear Narelle. Thanks so much for visiting. 😀