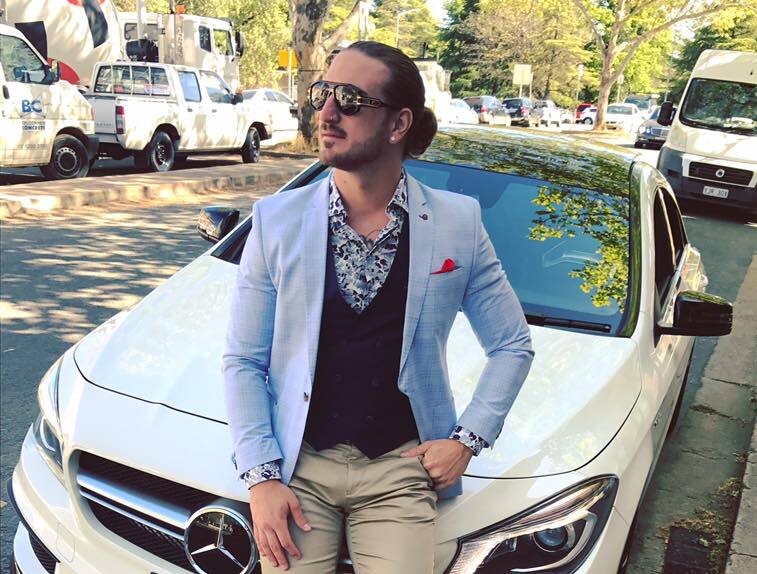 Brendan Baker, who is currently detained in the AMC after being convicted of a string of drug charges, claims the prison is refusing to help re-integrate offenders. Photo: Facebook.

A detainee has detailed his “futile” attempts to access the Alexander Maconochie Centre’s transitional release centre and slammed ACT Corrective Services for its approach to rehabilitation.

Brendan Leigh Baker has written to an ACT Government inquiry into community corrections calling for changes that would allow more prisoners to use the centre and increase their chances of integrating into the community on release.

In his public submission, Mr Baker said he has been attempting to engage with “the facility at multiple levels to establish a genuine reintegration pathway and reduce recidivism” for three years.

He labelled his attempt “futile” and claimed ACT Corrective Services is refusing to rehabilitate offenders.

Mr Baker was sentenced to 13 years and eight months’ jail in 2019, with a seven-year non-parole period, for a string of major drug charges, including attempting to import drugs from China.

He tried to have his conviction overturned in 2020 but this was dismissed.

In his lengthy submission, Mr Baker said he has watched a majority of detainees be released only to re-offend and return to AMC.

“The issue with recidivism in our prison is that an inmate’s lack of opportunity is not being addressed,” Mr Baker wrote.

“In essence, we come to prison for crimes of opportunity and many doors close due to criminal records, deteriorating family supports and social stigmas. We then spend a vast majority of time non productively, have no increase in qualifications or employable skills and then are released with less prospects than we [had] prior [to] custody.”

Mr Baker said the lack of a clear pathway out of prison contributed to chaotic behaviour within the prison, such as the recent riots, fires and deaths.

He takes issue, as many have before, with the under-utilisation of the prison’s transitional release centre, which is designed to help minimum security detainees prepare for re-entering the community by providing them with employment skills and the ability to earn an income while in custody.

In March 2021, when Mr Baker first wrote to Minister for Corrections Mick Gentleman, there were only two detainees in the 20-bed TRC.

Through the 2020-21 financial year, the Transitional Release Program assisted one female and seven male detainees transition out of custody and into the community.

In the previous year, 12 detainees used the transitional release program.

The TRC currently has 20 beds. To be eligible, though, prisoners must be classified as minimum security, have less than 12 months left on their non-parole period, have recorded no positive urine tests or disciplinary breaches in the past six months and have all legal matters finalised.

Since 2018, there have been consistent reports about the difficulty of accessing the TRC within the prison.

Mr Baker wants to see eligibility for the use of the TRC expanded to three years prior to completing the non-parole period after his application was refused because he didn’t meet the eligibility period.

In his submission, he said he’d applied to the program to strengthen his social relationships with people outside the prison and complete work experience within a construction firm.

In a response to Mr Baker, Mr Gentleman said a comprehensive investigation into TRC is underway and thanked him for his feedback.

“Ensuring the TRP is available to, and used by as many detainees as possible is a key driver of the review of the TRP policy,” his letter read.

The ACT Justice and Community Safety Directorate (JACS) is committed to reducing recidivism rates by 25 per cent by 2025.

It will need to drop to 31.7 per cent if the government is to reach its target.

But Mr Gentleman told an inquiry on Wednesday (16 February) that it’s difficult to gauge whether offenders returning to corrective services are returning for lesser offences or not.

A significant element of the plan is developing and implementing programs focused on rehabilitation and reintegration, including a touted major expansion of the TRC.

Construction on that 80-bed centre has seemingly stalled with questions asked about its purpose given the current TRC is under-utilised.

A government inquiry into community corrections is underway.