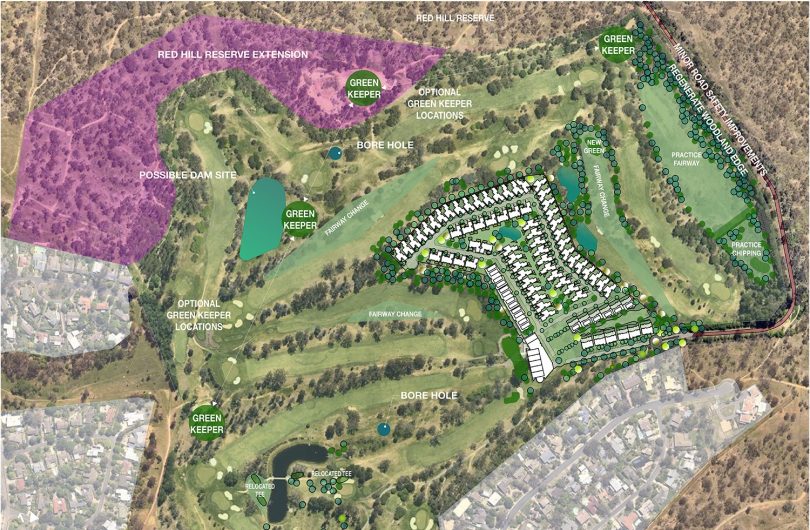 Pressure is mounting on the ACT’s planning authority to devise a Master Plan for the Red Hill as opposition grows to two major development proposals on its south-western side.

Greens MLA Caroline Le Couteur yesterday (30 November) tabled in the Legislative Assembly a petition of more than 3,000 signatures calling for Red Hill’s natural environment and open space to be protected.

The petition comes as a coalition of groups calls for the suspension of all development activity in the Red Hill open space area until an overarching planning and management framework for the area has been prepared and implemented, as per the motion passed in the Assembly in October which called on the ACT Government to not proceed with separate Territory Plan Variations for residential development proposals on Red Hill until an integrated Plan for Red Hill has been prepared.

The petition calls for the ACT Government to:

Ms Le Couteur said the petition was the biggest so far in this term of the Assembly and reflected the depth of feeling in the community about the development proposals.

The Federal Golf Club wants to build a 125-home retirement village with a new club house, swimming pool, and gym on a part of its course, while Hindmarsh is proposing 550 units on land abutting the Red Hill Nature Reserve that is currently occupied by a Telstra facility and a former Defence block.

Ms Couteur said that both development processes were being run by the developers – not ACTPLA, Canberra’s professional planning body.

“They’re also going to affect the amenity of the area in which they live, and make a significant impact on traffic and noise. A lot of people who live there actually like being next to the Nature Reserve and they’re concerned some of the things they gain from that will just disappear.”

She said residents were not opposed to development per se but wanted a plan for the whole area rather than individual bits being ‘knocked off”. 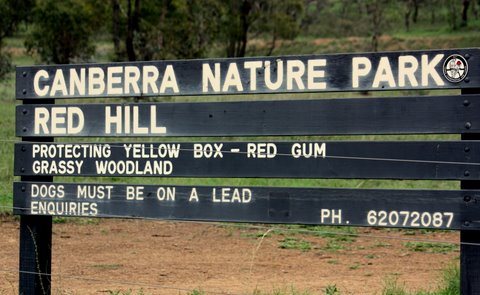 She said the ball was now in ACTPLA’s court, with a clear direction from the Assembly and a petition calling for it to carry out that direction.

“For the Federal Golf Club proposal to go ahead the Territory plan would have to be varied which will have to come before the planning committee. Both [Opposition planning spokesperson] Nicole Lawder and I are on the planning committee so it won’t just sail through. More is going to happen on this. It can’t not,” Ms Le Couteur said.

Six members of the Federal Golf Club Community Panel dissatisfied with the consultation process for the club’s proposal for a retirement village have presented their own report to the Assembly, calling on the Government to implement the Legislative Assembly motion.

The report says the proposed retirement village will add to traffic congestion in the area, affect the recreational amenity of existing residents, was on the edge of a bushfire zone and was not supported by infrastructures such as public transport, bike/walking paths, community and medical services, and shops.

“The development proposal involves the conversion of the leased golf course land worth many millions of dollars to private gain for the benefit of a few hundred golf club members,” the report says.

The Kent Street site in Deakin where Hindmarsh is proposing to build 550 units. Photo: Purdon Planning.

The groups also say the Kent Street site contains critically endangered woodland, with two sides of the site abutting onto woodland in the Nature Reserve, and is also likely to be polluted by leaching and other forms of erosion from two adjacent legacy rubbish tips that contain toxic waste.

It says the development will also exacerbate traffic flow problems on the “already overcrowded and dangerous Kent Street”.

“The Red Hill area is now faced with two very large residential developments which will have a wide range of environmental and social impacts on the open space area. There is every possibility that further damaging developments and activities will be proposed in the future,” the groups say.

“If these proposals are dealt with on a case-by-case basis it will be planning by development rather than development through planning. For this situation to be avoided an overarching planning framework needs to be put in place.”

The Federal Golf Club and developer ‘Mbark’ will conduct three community drop-in sessions on 6 and 7 December at the Hughes Community Centre.

We, the voters do not wish to have Canberra “in filled” at the expense of green space. Government take heed. Red Hill and surrounding green space is highly valued and used by tens of thousands of Territorians not just those paying the premium rates around the hill itself. The golf course issue seems moot. As I understand it( correct me if I’m wrong here ) the land is leased by the golf course, not owned so if it’s not being used for golf return the land back to Red Hill , why would you think you could “give” it to a developer? Didn’t the tax payer already prop up the non viable golf club who couldn’t pay their water bills?
550 units on Kent Street, what’s that…1000 plus more people and cars? Hysterical. Maybe the Government will run a light rail down there to cope with the traffic mess. Banks are tightening lending restrictions in multiple Australian cities as a result of apartment oversupply with many postcodes now blacklisted because of too many high density apartment complexes. Let’s plan the city we want not flog it to the developer for a quick buck and forever after pay the price.
I vote for a properly planned and consulted vision for Canberra moving forward over the next 100 years.

This article is showing that the development in both areas will take up a lot of space. This will mean more traffic (dangerous for me to cross the road for school) and lots of people tramping through red hill and making it a busy and crowded place. This will have negative affects on the animals who rely on this nature reserve and might encourage other developers to start eating away into the nature reserves.

An excellent article. Piecemeal activities over many years has resulted in significant damage being done to the Red Hill environment. The size and proposed location of the two new proposed developments will result in greatly increased damage to this significant and sensitive area. The ACT Government must act now and put in place an integrated plan which provides long term protection for the environmental, social, cultural and visual values of Red Hill.

A great article. Developers just keep trying and trying until they get their way in spite of adverse effects on the local community and environment.

Thanks – an integrated plan for any Red Hill development is essential.

Thank you so much for a really excellent and comprehensive article.