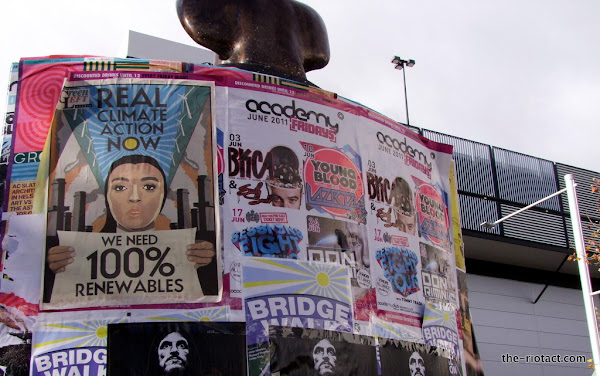 OK rioters, what’s worth seeing and doing around Canberra this long weekend without fireworks?

What? Nobody’s made the connection between Stanhope and turkeys, or Stanhope and a goose? Maybe with the long weekend, sarcasm is also on holiday.

It’s been far too long.

It’s time to dust off your boots.
…To pour yourselves back into your PVC.
To re-zip the zippers and buckle the straps of your bondage pants.
To freeze your hair in time with the tears of Robert Smith.

Chrome has returned with a few changes and needs all of the goths, the rivetheads, the ravers, the geeks and the freaks to join us in welcoming back Canberra’s answer to Industrial/Goth Clubbing

Please make sure you take note of the below to make sure there is no confusion about the event.

********************
Our new home is at FELT Bar in Manuka! FELT is a bright new contender in the Canberra nightlife and have asked especially for us. Lets not disappoint them and make sure we bring the party.

Please make sure you take note of the date, we are on the SECOND Saturday of the month, not the first.

In order to combat the 2am Canberra Licensing laws, we’ll be starting at 8PM however the bar is required to stop serving alcohol at 2AM. This is not negotiable.

Entry to Chrome is $5 at the door.

Sorry kids but one thing which hasn’t changed is that this is still a 18+ event! If you would like to see an all ages goth/industrial gig in Canberra send an email to info@clubchrome.com.au and we will see what we can do for you.

This is likely to be the biggest yet – make sure you don’t miss out.

Local singer / songwriter Hannah Gillespie is launching her 2nd album “All The Dirt” on Saturday at the Front Gallery and Cafe in Lyneham. The album was produced by Ken Stringfellow of Posies / REM / Big Star fame, and recorded in Queanbeyan.

With members of Fire On The Hill & The Wedded Bliss as the backing band for the gig, should be a great night of original music.

Frankie Wants Out are playing at the Transit Bar on Sunday night. Free entry before 9pm.

It’ll be the last game at home in Brumbies colours for quite a few players including Matt Giteau & Adam Ashley-Cooper. Get down there and give them a proper farewell!

Timing – The parade commences at 10.00 am. Guests are requested to be in location by 09.45am. The parade will be immediately followed by the Corps and RMC Band executing their right to the freedom of entry to the City of Canberra.

Handmade Market is on at the Convention Centre on Saturday…

Rego starts at 6pm Friday, with the first gaming session starting at 8:30pm. There are a variety of games on offer (freeform, tabletop, board) over the weekend and spaces are still available in all sessions.

http://www.pheno.org.au for more information on games being offered.

Come along and join in the fun!

“Jesus Christ Superstar” at The Q in Queanbeyan.

Lace up your party boots and march down to Felt for the release of Jeremy Joshua’s new E.P. “Burn It Up”.

$10 admission at the door

Jeremy Joshua – DJ, producer and artist appearing on labels such as Sampled, Digital Disco, Highjack, Greenhouse and Digital Disco to name a few. His latest release on Sampled Recordings sat at a cool Number 2 on the Stompy chart for 8 weeks. He has also released an independently distributed album called ‘The Concrete Duck’ as well as a DJ mixed album of his original productions on Casa Del Disco called ‘Pray For Mojo’. He has remixed for Ninja Tunes, EMI and Digital Disco in the UK and America. Derrick Carter remixed one of Jeremy’s tracks – ‘Make Dat Shit’.
As a DJ he has played all over Australia alongside some of the greatest house names in the world. Jeremy’s sets are rooted in house, but he freely journeys outside club tastes, known for his cheeky, jacking sound.

Danny T – has been a workhorse the past few years sharing his love for all things house across clubs and festivals all over Australia. He’s played festivals Future Music, Summafieldayze, Creamfields & Stereosonic as well as being booked to support Crookers, Claude Von Stroke, Sebastien Leger, Switch, Steve Aoki, Bloody Beetroots and more. His hard work has also seen him voted in the top 50 australian dj’s four years in a row with a high point of #9 in 2009.

Following on from club weapon ‘Chico’ which was included on Ministry of Sounds – Maximum Bass Comp and his jacked up houser – Jazzcat (Sweat it Out), his latest single ‘Whine Ya Waistline’ features Baltimore’s finest OH SNAP!! and has been getting support from DJ’s around Oz and around the globe with it landing a coveted #2 spot in the Top 10 Australian club tracks in it’s 3rd week out and huge support from the likes of Yolanda Be Cool, Bass Kleph & Crookers.

Irene Kelly - 18 minutes ago
What happened? View
Tim Van Der Vlist - 4 hours ago
No discounts for the members for resigning is a disgrace. They have to play on a mediocre (at best) course for 6 months and s... View
Eamon MacDonnell - 6 hours ago
Rowan Kemp Mark Furry Andrew Thorne stills a ways off View
Opinion 126

Joe Seph - 19 minutes ago
My daughter came up with a solution get egg shells fill them with poo and throw them at cars being dangerous View
Mark Katalinic - 41 minutes ago
When nobody enforces the road rules what do you expect? View
Dayne Dallinger - 1 hour ago
Jethro Counsell have a good read mate View
News 17

tfx1 - 43 minutes ago
Why is it Canberra people do not understand risk analysis. Some simple numbers to demonstrate the effect of this big battery.... View
Capital Retro - 3 hours ago
Don't speculate on unknown unknowns. View
Property 32

John Moulis - 55 minutes ago
AstraZeneca is a dog and I got it straight from the horses mouth. I went for my first jab today and I told the nurse that I h... View
Community 2

I never thought I'd say it, but the streets of Canberra seem to be becoming meaner these days. In the...
*Results are based on activity within last 7 days

Eleven things to do in Canberra this weekend (4 – 10 June)

The best event planners in Canberra