Do we need a gender target for our honours list? 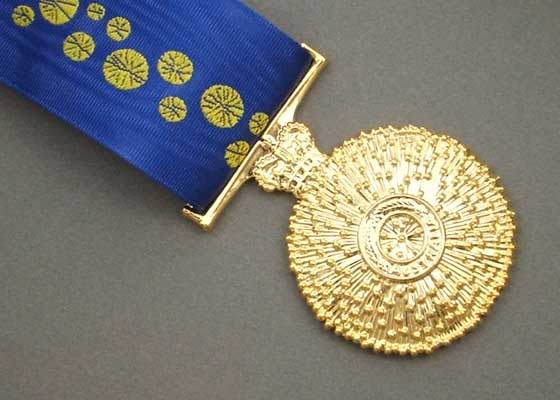 Are the right people receiving Australian honours for the right reasons? File photo.

Who we decide to single out for honours says something important about what our community values. But while many of us will have welcomed and celebrated individual honorees from this Australia Day, there are growing rumbles about whether we’re getting the broader mix right, particularly given the traditionally low numbers of women recipients. But is a gender target the way to get there?

The ALP has announced a policy for modernising the honours system to better recognise the contribution of women including 40 per cent targets, and it’s understood from the Order of Australia Association that a similar approach has been at least discussed within Coalition ranks.

Historically, women have accounted for 30 per cent of honours nominations. Data tallied by the Australian Bureau of Statistics over the past decade shows that men are twice as likely to win one of the four General Division awards than women. Paralleling the current campaign on women’s representation in Parliament, it seems there may be a movement for change afoot.

But the Order of Australia Association has written to its members disputing the rationale for the Labor policy and claiming that “many recipients, particularly women, question the validity of setting targets….these same women suggest that their achievements and the significance of the award would be lessened by targets replacing comparative merit and outstanding contributions”.

Region Media has seen a copy of the letter, which does not identify who these women are or how these opinions were sourced, but does note that there has been “a remarkable 45 per cent increase in nominations over 2017 and 40 per cent of the total nominations were for women”, arguing that the proportion of awards for women will reach 40 per cent without the need for a target.

“Targets have the potential to result in awards for other than merit,” the letter says while inviting members of the Order of Australia Association to make their views known.

Canberra consultant and activist Barbara Baikie, who was herself a 2019 nominee for NSW Senior Australian of the Year has been a longterm advocate for women’s issues. She says there’s no doubt that fewer women have received honours, and that women who work for the community are recognised at the lowest level. She has actively campaigned for several years to increase women’s nominations.

“With targets, there is always opposition because people think women will be unfairly picked out, but there has to be a circuit breaker,” she says. “It’s always that old debate about whether you give somebody something because they meet a target.

“But the reality is that much women’s work doesn’t fit the parameters of what we currently honour. That’s why women who work in the community for no personal benefit are seen as being of less than value than a senior public servant or a judge.”

Baikie wonders whether many of these problems might be solved by taking a closer look at the criteria for receiving awards in the first place. “If you are doing your job and doing it well, you are actually rewarded anyway. I think awards really should be for people who have gone above and beyond.”

She believes that a re-fitted awards criteria would make it easier to achieve gender equity, but Baikie says beyond anything else, it’s important to simply nominate deserving people in the first place. “Everyone has a responsibility to act. If you’re not happy with the system and you do nothing, you get Trump for president. If you’re concerned about the number of women on the honours list, at least do the work and nominate them.”

Do we need to re-think who gets Australian honours and why?

No just do it on merit.

Yeah, lets base achievements and awards around which sex organs you have, rather than on merit.

Something very wrong in the head of anybody who believes diminishing the value of awards with quotas accomplishes anything but making said award a joke.

Should be on merit not quotas. Remember people need to be nominated so if more women are needed then nominate them.

Not too worried about gender. Much more concerned how many politicians were "honoured" for doing their job.

Pretty sure that people just nominate their buddies more than anything else.

Honours secretariat needs to educate public on procedures for successful nomination. It's not that hard to lodge a nomination.

Do it blind. Just the list of achievements, no names when judging. Reduces chances of racism too.

Noni Doll Impossible. Sometimes there is only one standout in a field.

Kytie Mclign That's a problem because? If they're the only standout, recognising them would be a no brainer.

Barbara Baikie is right, people who strongly believe there is a gender imbalance need to nominate more women believed to have gone above and beyond. Don't forget there are those who decline for a number of reasons, not everyone wants recognition they just do what they do! The Honours system should always be merit based.

June Kirk merit based but Peter Reith got a medal. Therefore no nothing to do with merit.

TheSilver - 33 minutes ago
There is literally no good evidence that "social distancing" or "wearing masks" can reducing risk. At best you can say we don... View
phydeaux - 1 hour ago
Quite so. To put some rough numbers on it, 2017 was a peak flu season in which near 1200 people died, but the 4-year average... View
chewy14 - 2 hours ago
Can't remember when anyone said anything about compulsory flu booster shots? We are talking about Corona Virus, which is sign... View
Community 1

Capital Retro - 2 hours ago
Perhaps the Brisbane Line and the Australian Frontier Wars are not a good comparison although both of them never happened and... View
Spiral - 4 hours ago
One aspect of Australia's history that appears to be completely overlooked is the conflict between indigenous groups before c... View
Community 11

All the Australia Day honours for the region’s finest

@the_riotact @The_RiotACT
#Gungahlin's proposed #tennis centre is a step closer with a consultant hired to come up with a preferred design for the facility https://t.co/7htQ6Obh5D (36 minutes ago)