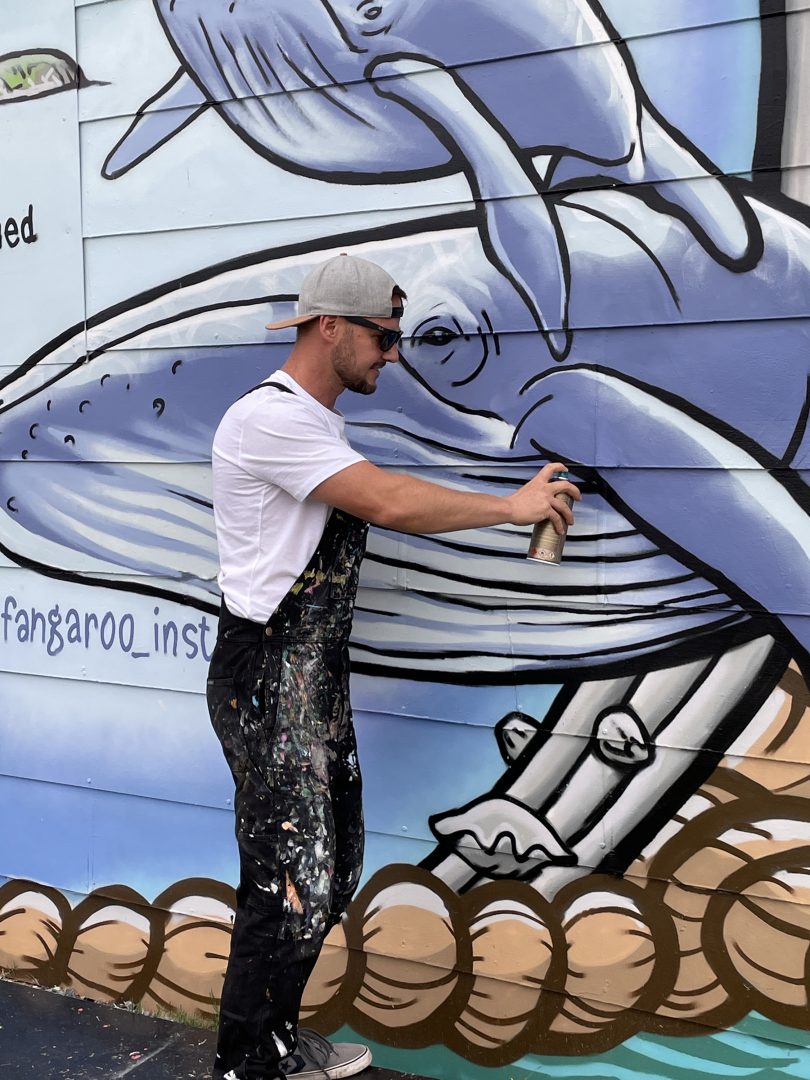 Artist Don Paull at work on a mural in Batemans Bay. Photo: Supplied.

Very few people have literally changed the face of their old hometown, but Don Paull can lay claim to that achievement through his work on the Batemans Bay foreshore.

Painting under the pseudonym Fangaroo, Don is the man behind the evolving new look of the iconic The Boatshed – also known as Innes’ Boatshed. His work is transforming the shed’s walls into murals that capture the seaside town on the NSW South Coast and some of its heritage.

Don grew up in Batemans Bay and, like so many others, fled the coastal town after finishing school, lured to the big smoke by career and educational opportunities afforded by the city.

After completing a visual communications degree, he started work as a graphic designer specialising in illustration. He created the new illustrated map for Taronga Zoo before leaving to follow his own artistic passion.

“Even in my job I was more specialising in the arty side of things,” says Don.

“Art has always influenced what I do. I thought there’s so much more I want to explore. I didn’t want to lead a predictable life so I saved up some money in my job and took a leap of faith.”

Little did Don expect that leap to bring him back to his hometown with a commission to give a new lease on life to an old favourite.

“The Innes family owns The Boatshed and I’ve known them for a long time,” he says. “Our family did jiu-jitsu together.

In fact, Don’s first paid commission was on a Batemans Bay restaurant wall when he was about 15. Working as a dish washer at Jamesons on the Pier, he was asked if he’d like to paint a mural on the 12m wall outside. He jumped at the chance.

“Nick and Pat Jameson, who were neighbours when I was a kid, gave me my first kitchen handing job,” Don recalls.

“They knew I was an artistic kid and that first paid for mural job on the wall of the restaurant facing the water that I painted after school in the beautiful arvo sun on the Clyde River … I had no idea that years later it would become the mainstay of my own business.

“It’s interesting how life can unfold like that. It could be my age, but it’s been so reflective being back here, how it feels, how I’ve felt coming home.”

With his latest project, Don is hoping to capture the local vibe and share it with visitors.

“On one side I have a large face of King Neptune and a fishing trawler going over a huge wave,” he says. “The message is the lengths the fishing industry goes to, sometimes in horrific weather, for us to have fish and chips. People can look at it and then look up to see the real boats tied up there.” 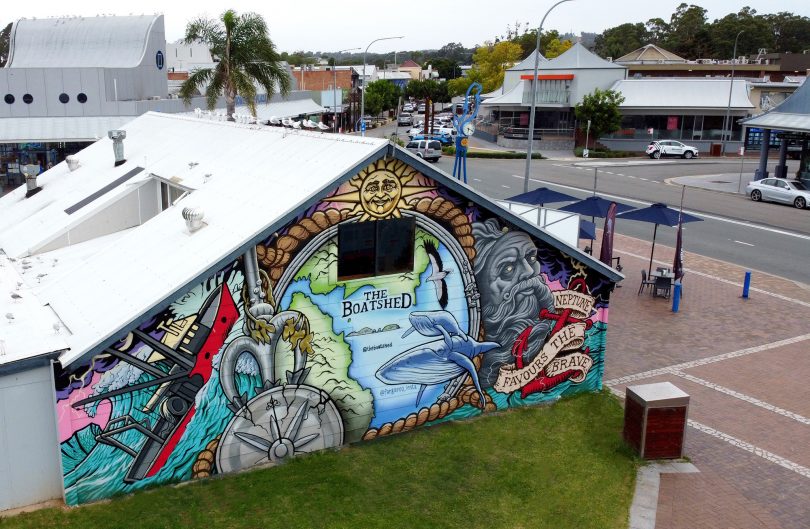 Another mural (pictured above) captures a whale, a sea eagle in flight, an old-style map, the sun and a message: “Neptune favours the brave.”

“I just wanted to set off people’s imaginations,” says Don. “I’m just very grateful to be able to do something I really enjoy.

“People stop all the time and talk to me. It’s always really positive and a great experience for me.”

Don hopes to complete his murals shortly, with the final wall a completely different style to the rest – it’s a tribute to the old Batemans Bay Bridge, which is on the cusp of being replaced by a modern, concrete structure. 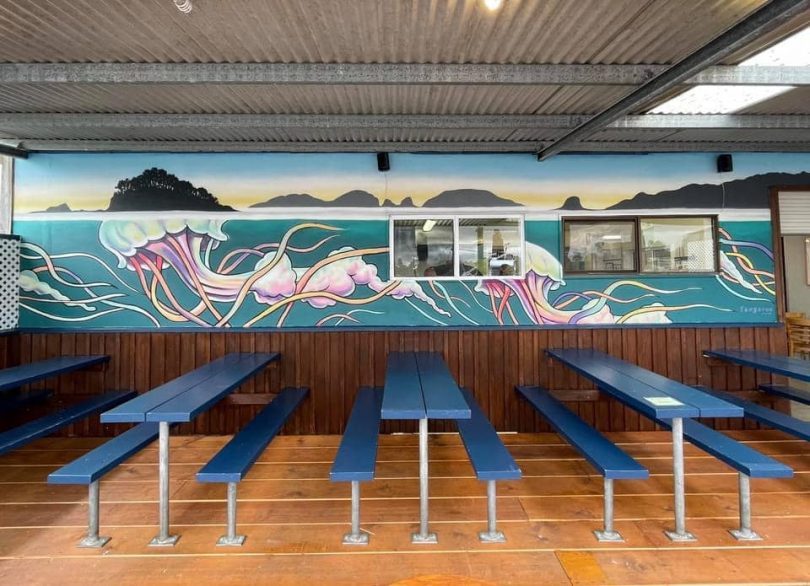 “I know from living in Batemans Bay that sometimes things change very slowly, but I’m seeing some changes – the bridge being the biggest one,” says Don.

“There’s still a lot of innocence, but the town is changing and there are great opportunities.”

You can see more of Don’s work at www.fangaroo.com.au 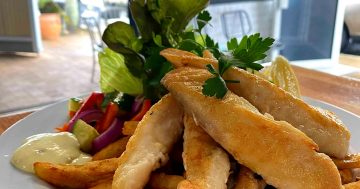 Holiday Eats: Fish and chips on the coast 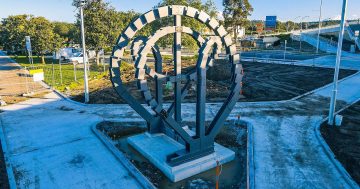