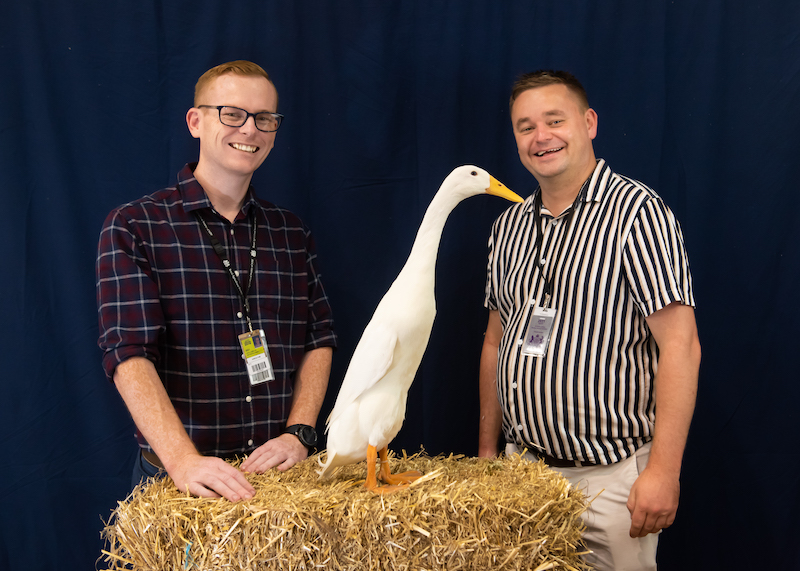 Move aside dogs and cats, ducks and chooks are making a comeback to backyards.

Two of the most accomplished members of Goulburn Poultry Fanciers’ Society are aflutter in their growing popularity. One of them, Danny Benn, was on the spot when his Indian runner duck, Ferdinand, created history earlier this year.

“It was quite warm – it felt like summer,” says Danny, recalling the Sydney Royal Easter Show in April 2021.

“Ferdinand was feeling the heat, and the steward said, ‘I’ll give him a bit of water’ because he was the only duck out the front going up against the chooks in a hot pen, with heat rising in a tin shed.

“They gave him a bit of water and he stood up like crazy as if to say, ‘Here I am. I am the champion.’

“When the judge came along, the crowd went crazy. He was probably the highest qualified judge in Australia – Gary Phillips from Mudgee – and he was very confident in his decision.”

Ferdinand won Grand Champion Bird in Show, the first waterfowl in the event’s 199-year history to win the top trophy, says Danny. Previously, it was always a chook.

“The level of support, particularly from our fellow water fowl members, but also Goulburn people was just remarkable,” he says.

Goulburn Poultry Fanciers’ Society’s long-term member and winner of many show successes, Kim George, had the Champion Large Bird, a Rhode Island red-white, in the final judging alongside Ferdinand. While disappointed he missed out on the Grand Champion Bird trophy, Kim was happy for Danny, a long-time mate. 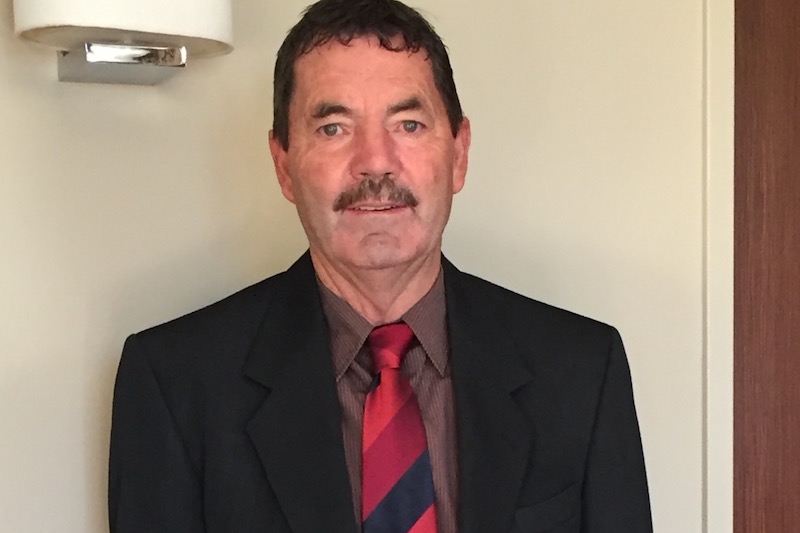 Kim George about to go to the Sydney Royal Easter Show for judging. He has judged chooks in every Australian capital city except Perth. Photo: Supplied.

As the NSW Waterfowl Breeders Association president who lives in Wollongong, Danny and his partner keep many of their ducks on their rural property near Laggan and Crookwell, north of Goulburn.

Danny says Ferdinand’s rise mirrors ducks’ ascendancy everywhere at a time when poultry is making a strong comeback in backyards in these days of COVID-19 lockdowns. A glance at Goulburn’s social media pages attests to this.

“The fashions are somewhat changing,” says Danny. “I don’t discount the chooks at all because they are extremely popular, but I definitely think there is a strong uptick with ducks. They help look after the garden, too – they will eat some plants, but generally focus on snails and slugs. They are easy to maintain, whereas a chook will scratch – ducks don’t do that.”

The poultry breeding season is underway, and Kim’s flock of 50-60 Rhode Island red chooks will swell to more than 100 during the coming months. A docile, heavy breed of bird that doesn’t fly is easily quietened and trained for the show pen. 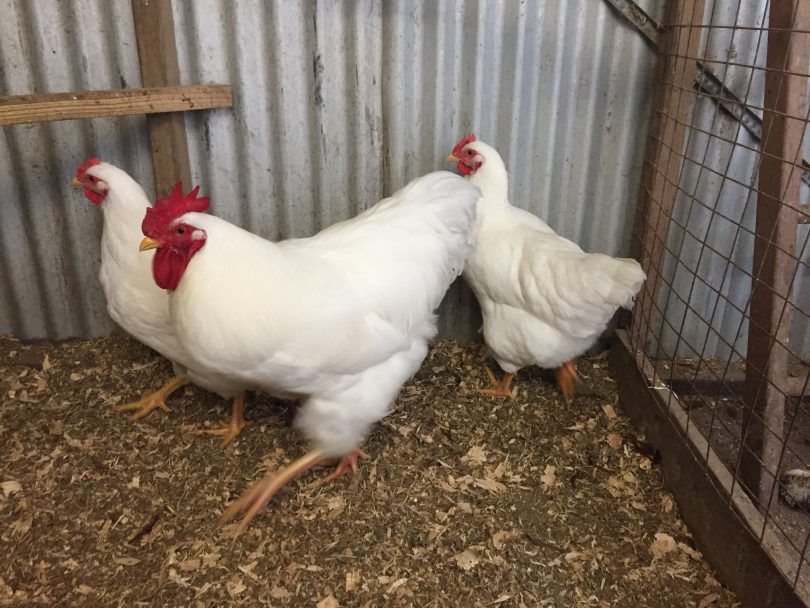 He rarely buys birds for breeding, preferring his closed flock.

“I line-breed [father to daughter, or mother to son],” says Kim. “I’ve had them since 1987. I don’t bring outside birds into my yard unless I really have to.

“If I get a problem I can’t fix myself, I will go looking for a bird. It’s a great hobby, that’s all I can say.”

A good bird fetches up to $200, or $500 for a trio – two females and a male. People often go along to the popular Goulburn poultry auctions where thousands of chooks change hands.

Kim reels off the names of poultry men who influenced him and who are now honoured with memorial trophies in Goulburn.

“He used his Indian runner ducks to train his dogs in his backyard,” says Kim. “They stay in a mob like sheep.”

A great article, thanks John. A brief mention of my Dad Robert Hunt, and grandfather Reg Hunt

I remember so many of the men mentioned, I was a young girl floating around the chook shows with my Dad. Great memories

Kym look at you, you trendsetter 😂

Nat Teh get a few

Rebecca you are a trend setter

Craig Drumm never regret it. Backyard Poultry is the best. 🥰

If you have a backyard I’m sure that’s true

Until one of them gets a Rooster that crows allllllll day 😖

Flistee Emm it’s illegal to have a rooster in a residential area. I’d be traking it down and reporting the residence.

Irene Hazel no it isn’t in Canberra.

Wow it used to be. Then I’d put in a complaint like you do for a barking dog…. and take video to show is crowing all hours of the day.

Our neighbours had chickens we had the rat invasion as a result, they don’t have chickens anymore and we don’t get rats anymore. Something to consider

Oh it’s my fault it’s it alice? Nothing to do with grain attracting rats and feeding them?

Rowan Hurrell agree with you. I had chickens for around 5 years and would do again but the rats came and they are very hard to get rid off. Dogs would chase them running along the fence of an evening. My yard is tidy this had nothing to do with it.

Cody Smith time to get a goose or two !

Jenni Atkinson 🎼Chicks and ducks and geese are better as curry…🎶

Jenni Atkinson Perhaps this is the culmination of my search for a support animal.

Well the people in the older areas with big blocks certainly can. People in new suburbs don’t have enough room to swing a cat, let alone out in a chook shed. Thanks ACT gov !!! Unless we go back to the days of tiny cages for animals 🤦🏼‍♂️