Election count over: Bourke out; Le Couteur, Lawder in 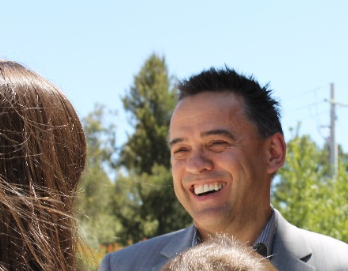 Elections ACT has this afternoon completed the distribution of preferences for the ACT Legislative Assembly election, confirming that the Liberals’ Nicole Lawder is returned in Brindabella, that former Labor minister Chris Bourke’s political career is over and that Shane Rattenbury will have a Greens colleague in the chamber with him this Assembly in Caroline Le Couteur.

Dr Bourke is the biggest casualty of the election, having been ousted by strong first-time campaigners Tara Cheyne and Gordon Ramsay.

The first ever indigenous MLA, the former dentist joined the Assembly in mid-2011 (when then chief minister Jon Stanhope resigned) and was re-elected at the October 2012 election.

The outgoing MLA offered his congratulations this afternoon to Yvette Berry, Tara Cheyne and Gordon Ramsay for being elected to represent Ginninderra and to Labor’s other candidate in the seat, Kim Fischer, for running a good campaign.

“The ACT Labor ticket in Ginninderra was very strong, with five great campaigns and I think that has been illustrated in our excellent result as a team,” Dr Bourke said.

“I also offer my heartfelt thanks to my staff, volunteers, supporters and everyone who helped me – not only during the formal campaign, but over many years.

“I am disappointed not to be returning to the Assembly, I am very proud of my work as an MLA over the last five years. I have always worked hard to deliver great results for Belconnen – and in my time as a Minister, for all of Canberra.

“To have been the first Aboriginal MLA in the ACT is an honour that will always stay with me. I am immensely proud to have been able to represent my people directly in the Assembly.”

Dr Bourke said he intended to continue to be an advocate both for Belconnen and for Aboriginal and Torres Strait Islander people across the ACT.

“There is always more to be done and I intend to keep working for the things I believe in,” he said.

“I’m pleased to have been able to play my part in a progressive, reformist ACT Labor Government. I have full confidence the new Labor team will continue to strengthen Canberra and take it to the world. I wish them all the best.”

Below is the list of successful candidates, firstly in order by party and then by electorate, so you can see who your new local members are.

5 Responses to Election count over: Bourke out; Le Couteur, Lawder in
Filter
Showing only Website comments

Sometimes the system works against those who are not in the media all the time for various reasons.

Name recognition is the only reason I can possibly imagine that the train wreck that is Joy Burch managed to get re-elected.

Gordon Ramsay will be a stand-out performer in the new Assembly. I worked with him in my community days and he possesses great compassion and insight – a genuine straight shooting arrow …

Should the Greens stay independent of Labor this time? Given that Labor has made dumb development and other decisions (Westside on Futsal slab fiasco; whiffy business compensation deals; declining to address problem gambling) it would be good to see the Greens in a position to hold their own line on, say, pokies.

Sometimes the system works against those who are not in the media all the time for various reasons. I have no idea if Chris Bourke was good at his job or not. He was hardly in the media, which for a politician is probably a good thing….

That is a shame – Dr Bourke’s term as an MLA was scandal-free and he was a quiet achiever, just hitting his stride in his ministries.

I think Gordon Ramsay will do great things, though, just like he’s done at the Kippax Uniting Church.