Emma Stanbury fighting adversity on and off the field 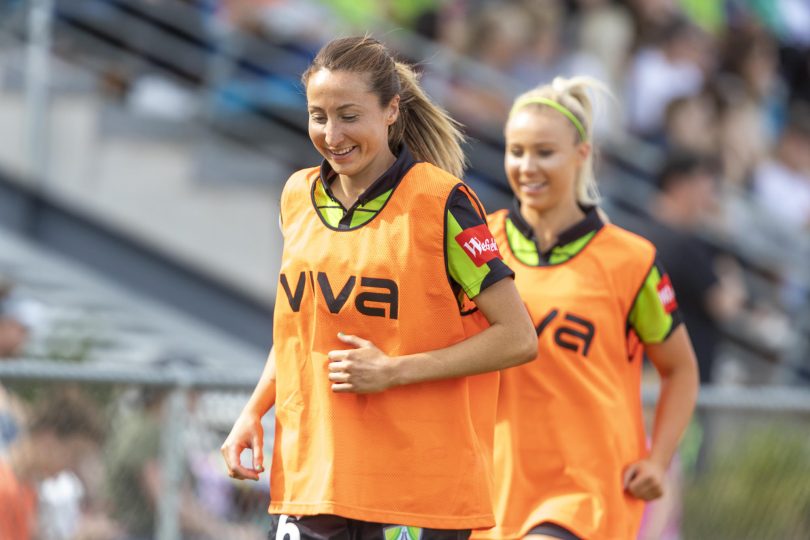 While Emma Stanbury was making her Canberra United debut, her dad was fighting bushfires in NSW. Photo: Michael Daniel Photography.

As Emma Stanbury prepared to make her Westfield W-League debut for Canberra United against Perth Glory last Sunday, she could have been forgiven for having her mind elsewhere.

Seven hours up the coast in the small NSW town of Coopernook, her family were fighting to keep their homes safe from the bushfires raging across the state.

Most of Emma’s extended family and friends have been evacuated from their homes, forced to stay at friends’ houses or at evacuation shelters. Her dad and step mum put their valuables into storage just in case the large bushfire blows over to Coopernook.

Even phone lines in the region had been shut down, with some families left without any service to contact their loved ones.

“My family obviously couldn’t come down on the weekend and watch the game,” Emma shared. “There have even been times where they can’t leave town because the highway is blocked in both directions.

“There is a lot of sadness up there because people have lost their homes, their lives or have been affected by the fires somehow.

“I have been calling my parents every day to make sure our house is still up. It feels awful that I am down here and I can’t do anything about it.” 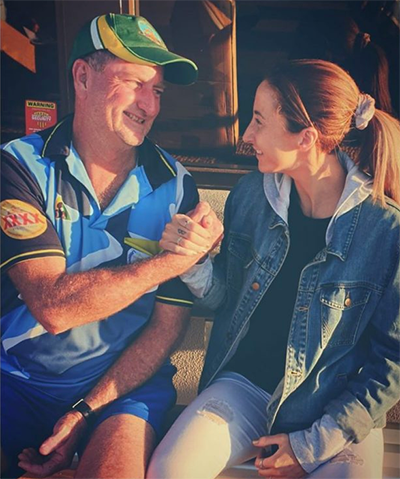 But inside the small rural town is a close-knit community with a big heart.

“Everyone up there is fighting,” she said. “The whole community is helping out, otherwise I don’t think anything would be standing.

“I have seen people posting all the time offering up their single beds or their land so livestock can stay there.

“It is a really strong community and everyone has each other’s backs, which is reassuring.”

With all the devastation occurring back home, Emma said she struggled to focus on her team commitments but a moment of clarity came during a speech from basketball legend Carrie Graf.

“We had a team culture meeting, and Graf spoke about how to handle adversity,” she said. “I had arrived that morning worrying about my family and friends, stressing that there is really nothing I can do.

“That talk helped me try to handle my adversity and focus on the fight at hand. It is not about putting the team before family, because Canberra United is my family.

“I know that despite whatever happens, it will be ok because my team has my back.”

For the second home match in a row, Canberra United will raise money for the thousands of Australians, including Emma’s family, affected by the devastating bushfires raging in NSW and Queensland.

Volunteers will be accepting donations from fans during Canberra United’s Westfield W-League clash against Melbourne City this Sunday afternoon.

“Canberra is my new home and I hope my new community here can support my community back home,” Emma said. “Any donations would be amazing.”

Carole Ford - 5 hours ago
How dare the feds control how the voting public in the Territories vote. It's the worst kind of BS that I've heard in my 62 y... View
Nell Feneck - 7 hours ago
No thanks View
Jessamine Bernadette Elena Perlibachas - 9 hours ago
Unnecessary suicides occur every day because of this system failure. Forcing suicide as the closest thing to a choice prevent... View
Sport 27

HiddenDragon - 17 hours ago
"The ACT needs home-grown solutions that fit with its culture and the aspirations of its people and origins, not imported min... View
Gabriel Spacca - 20 hours ago
Well I feel sorry for those who are coming here to escape the anthills of Sydney and Melbourne. The current government is try... View
Marc Edwards - 22 hours ago
Ian Bushbell is about 50+ years to late View
show more show less
*Results are based on activity within last 7 days