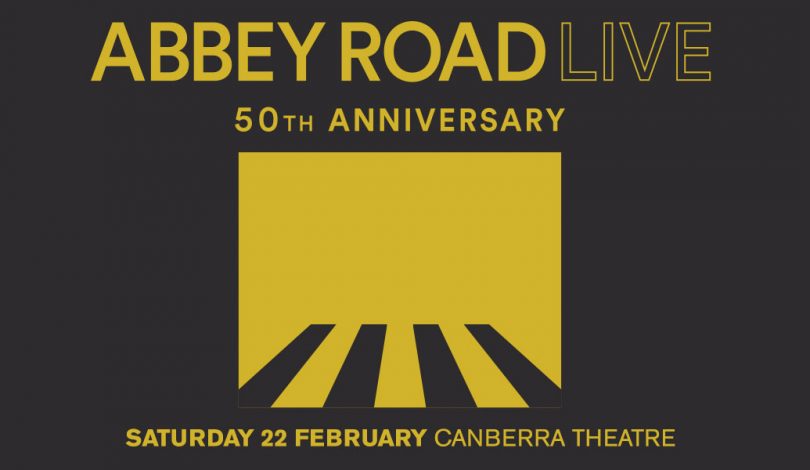 In October 2019 The Beatles opus Abbey Road returned to #1 around the world, 50 years after its release, cementing its place as arguably the greatest album of all time.

In August 2019, in celebration of its 50th anniversary, some of Australia’s most respected musicians and members of iconic groups, collectively known as ARC — Kram (SPIDERBAIT), Mark Wilson (JET), Davey Lane (YOU AM I) and Darren Middleton (POWDERFINGER), brought The Beatles’ most audacious creation to life on stage, performing Abbey Road in full, from start to finish, followed by a second set comprising of a selection of hits spanning the breadth of The Beatles’ career and catalogue.
The reaction was momentous: sold-out shows, rapturous reviews and standing ovations every night.

To meet with the incredible demand and to celebrate the album returning to #1, the band are heading back out on the road for a final run of shows.
Joining ARC live on stage will be special guests Linda Bull (The Black Sorrows, Vika and Linda Bull), Ash Naylor (Paul Kelly, Even and Rockwiz) and James Fleming (Eagle and the Worm, Bob Evans).

“The musos on stage do something The Beatles never managed: play the Abbey Road album (and more) authentically, brilliantly, and with obvious respect and love” – Tone Deaf

We caught up with Darren Middleton earlier this month to talk all things Beatles. Check it out here.

John Elliott - 7 minutes ago
I used to vote Labor when Jon Stanhope was running the show and I voted for Katie in 2012 ... But the current Labor leader Do... View
Michael Quirk - 4 hours ago
Barr is no visionary. He makes decisions without evidence. Stanhope is right to expose... View
Leos Nikias - 4 hours ago
Zakzook Chico There were a few other failures by him.... View
Motoring 3

Hans Dimpel - 8 minutes ago
so many people worked so hard to get it done, but that guy has to be in the picture.... View
Phil Hopkins - 48 minutes ago
Yeah let them divert through Jerrabomberra instead - disgraceful. And now 'Poplars' business park at the entrance to Jerra. D... View
Geoff Richardson - 2 hours ago
Great that it's finally completed, only about 30 years late! View
News 4

Ann Parker - 3 hours ago
A lookout would also be lovely View
Annie Clarke - 8 hours ago
What is also needed is a rest area with a toilet half way, on both sides. View
Community 9

Elaine Staples - 15 hours ago
A wonderful place....that will be even better.....and continue to bring people and money to Canberra...that can then be used... View
show more show less
*Results are based on activity within last 7 days

There is a convention that former political leaders are supposed to stay out of the spotlight once they have left...
News 54

The ACT Greens have pledged to spend $450 million over the next four years to end homelessness in the ACT...
News 35

@The_RiotACT @The_RiotACT
It's tax time again, and the ATO says it is making things easier this year, given it has been an unusual one for many people. Here are some things to keep in mind when doing your return https://t.co/KzJMzg2nIS (59 minutes ago)

@The_RiotACT @The_RiotACT
The 4.6 km Ellerton Drive extension in Queanbeyan is officially open and now taking vehicles. It’s designed to reduce congestion and the number of heavy vehicles in the Queanbeyan CBD https://t.co/NYvRBmqoum (4 hours ago)