Local instrumental rockers Eversham sure do know how to make a pretty video.

And they’ve done it again with this latest offering Barricade. They sent it in to us with this note:

Just letting you know about our debut album. We have just released the first single and video from our album, titled ‘Barricade’. Here is the link: http://www.youtube.com/watch?v=tLsaOgw0Mt4&list=UUJyqd7MxBCbXTQyYJ6R4PzA&index=0&feature=plcp
Its a little hard to explain our style of music, its kind of like the essence of a traditional rock trio combined with soundscapes and classical aspects.

We use guitars, drums and synths, but also involve stringed instruments such as cellos, violins and pianos, and even used a didgeridoo on one track.

We are releasing our debut album towards the end of June. It consists of eights songs, and for each song we are going to release a video clip, or a short film.

Our plan is to release an album every year for the next five years.

It has, therefore, been duly added to our most excellent Canberra Music YouTube Playlist. 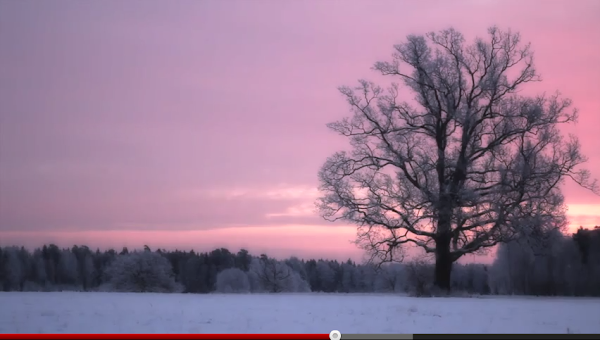 There’s some beautifully shot scenes in the video, but after a couple of minutes I couldn’t help but feel like I was watching a bunch of stock footage cut together. Thumbs up for the Lavers video that followed though!

Archie Mac - 25 minutes ago
So if you don’t have it - are you putting anyone else at risk? View
Judy Robinson - 3 hours ago
What are the side effects??? Medical trials haven’t been 18 months, like other drugs. Give it to the PM first and see what... View
Shaz Ray - 6 hours ago
Jill Hiscock in what countries? View
Community 36

Daniel Bryan - 7 hours ago
This, Oaks, A+A, Grand Central, Ivy, and Trilogy definitely bringing more residents into the Woden valley isn't a bad thing.... View
Michael Jayfox - 8 hours ago
Mat Barber please explain how you think that new parking ramps will stop it from being an eyesore View
Tristan Wellens - 8 hours ago
Will only rent for about $500 a week per smaller unit 👌🏻 View
Food & Wine 4

Josh van Limbeek - 11 hours ago
What a great article! My Mum is a Red Hatter and she has so much fun too ❤❤ View
Jo Jo Joey - 12 hours ago
Barbara Bennett, I love how much enjoyment your ‘red hatters’ gives you’ 🎈💜❤️💜 View
Property 27

Elroy Jones - 11 hours ago
Peter Bee there are a lot of places it could go. Majura the most recent I’ve heard. View
Christopher Cuba Rabanal - 11 hours ago
Better lighting around the carpark View
Andy Sell - 12 hours ago
2 words mate, lite rail View
News 17

Citizen Kay weaponises music to defend the soul with ‘Ego’

@The_RiotACT @The_RiotACT
Canberra Airport boss Stephen Byron is one of many Canberrans recognised in the Australia Day Honours List https://t.co/nHHrGpMyXc (46 minutes ago)