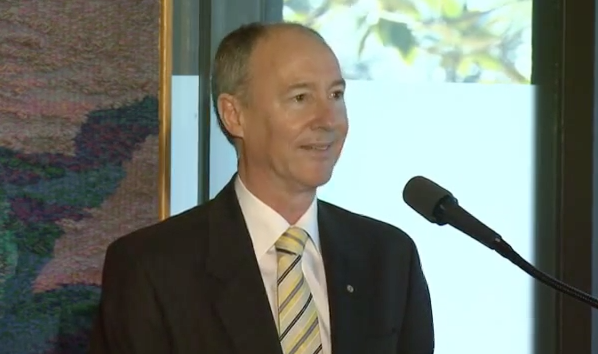 The ACT Government has appointed the former Director-General of the NSW Department of Justice, Laurie Glanfield, to conduct its independent review of ACT Government system responses to family violence.

The Government announced the review after the alleged murder last week of an 8-year-old by his father, Graham Dillon, in their Gungahlin home.

Mr Glanfield, who ran the NSW Department of Justice for more than 22 years until 2013, will report to the government by April 22 this year. He will be supported by the ACT Coordinator-General for Domestic and Family Violence and a small team.

The review’s Terms of Reference are available here. The overarching aim is described thus:

“To ensure ACT systems operate effectively and efficiently, to ensure the safety of women and their children, Mr Laurie Glanfield AM has been appointed under the Inquiries Act 1991 to conduct a review of the current legislative framework, policy, practices and operations of ACT Directorates and service providers who respond to family violence.”

ACT Chief Minister Andrew Barr and Deputy Chief Minister and Attorney-General Simon Corbell said that like many Canberrans, they were “shocked and saddened by the news last week of a young life lost in the family home”.

The external review of ACT Government Directorate and service provider responses to family violence would be conducted in the context of the tragic death of eight-year-old Bradyn Dillon, but was not an investigation into the specifics of the Jacka death.

This would be dealt with through the criminal court process that was underway and the coronial process.

This review was designed to look at the interactions between ACT Government Directorates, agencies and service providers to help identify areas where the Government could improve support for families experiencing violence.

The review is formally constituted under the Inquiries Act 1991 to ensure access to protected and sensitive information.

Mr Corbell said the review would further consider the extent to which ACT authorities are legally able to, and do share and receive information on at risk families internally and with other jurisdictions.

“It is important to ensure ACT agencies operate effectively, efficiently and in a coordinated manner and the government will carefully consider the key recommendations made as part of the review,” he said.

“Family violence does not discriminate; it has a significant and lasting impact on all sectors of the community.

“The violence claims the lives of more than 100 people in Australia each year and causes enduring harm to individuals and society as a whole.”

Mr Glanfield left the Department of Justice in NSW 2013 to become Secretary of the NSW Department of Finance and Services, but left in 2014 following a restructure of departments by then new Premier Mike Baird.

Since establishing his own consultancy, he has worked with a mix of commercial, government and non-government organisations with a focus on policy, service and efficiency reform, and improved governance.

He was Secretary of the Australian Council for Law and Justice for over 20 years and was a member of the Operations Review Committee of the New South Wales Independent Commission against Corruption. More recently he was the NSW Government CIO and chaired the NSW Procurement Council and the NSW ICT Board.

He is a founding member of the Executive of the Consortium for the International Framework for Court Excellence and was its Chair from 2008 until September 2014. He has been actively working with Australian and international courts on court reform and performance improvement.

In 2001 Mr Glanfield was appointed a Member in the Order of Australia for services to the law, through the implementation of policies for legal reform and for making the legal system more accessible to the community.

Photo: Still from video of Mr Glanfield’s presentation to the Ministerial ICT Forum on September 25, 2013

Domestic violence effects everyone but we only concern ourselves with women and children. What a joke.

Daniela Wilsener - 8 hours ago
Jake Wilsener Ash Garrity could be an option? View
Scott Abela - 9 hours ago
Robyne Mitchell Exactly, complaints from fire and ambulance drivers that these narrow roads are putting lives at risk.. View
Helen Prior - 20 hours ago
About the roads.Enough traffic. already. View
Community 1

JC - 12 hours ago
There not demolishing more than they build/buy. Biggest issue is they are not building/buying enough to keep up with demand.... View
consumeradvocatecanberra - 14 hours ago
Good on you Mark for stating the bleedingly obvious. What I would like to see is evidence based figures from Housing, prefera... View
Trish Casey - 15 hours ago
Elderly people and those with disabilities are put in ACT Government house and then for gotten or bullied by maintenance View
News 2

Capital Retro - 22 hours ago
David Ward, when you say "there should be massive incentives to buy and own these things" you really mean "subsidies" don't y... View
Opinion 66

@The_RiotACT @The_RiotACT
How would you respond to evil? Would you take it on, or turn away? A German Life, opening in Canberra on 11 May with Robyn Nevin, asks uncomfortable questions for us all https://t.co/0eoGcsL8q6 (9 hours ago)