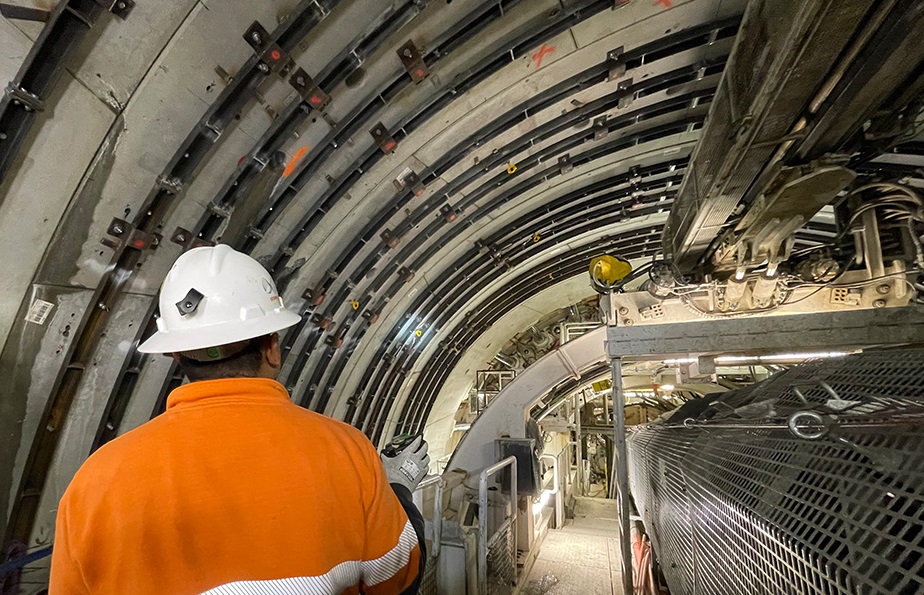 As construction continues on Snowy 2.0, its company has been given the green light to construct overhead powerlines in Kosciuszko National Park. Photo: Snowy Hydro Facebook.

The Federal and NSW governments have approved about 81 hectares of Kosciuszko National Park to be cleared as part of Snowy 2.0.

Snowy Hydro Limited was questioned about the project as part of Senate Estimates.

Greens Senator Janet Rice read out part of the Environmental Impact Statement, which proposed 330-kilowatt overhead lines with two sets of 75-metre-tall towers over an 8 km stretch of land with a clearance up to 200 m wide.

She said the document stated 140 hectares of the national park and the Bago State Forest would be “permanently cleared” and the powerlines would be visible “over an astonishing 300 sqm”.

Ms Rice asked why the cables couldn’t instead go underground.

Snowy Hydro’s Acting CEO Robert Whitby responded the issue had been worked through “rigorously” but ultimately overhead transmission lines were the way to go.

“The alternatives simply do not stack up in terms of both the environment impact, ironically, and also the financial impact of that,” he said.

Ms Rice pointed out no overheard transmission lines had been constructed in any NSW national parks in the past 50 years, and again asked why the lines couldn’t be put underground with the rest of the related infrastructure.

“Undergrounding high-voltage transmission lines with this sort of power transfer requirements in extreme terrain would require massive earthworks,” he said.

“Then those easements would have to be maintained for servicing of the underground cabling.

“It’s far, far easier to underground transmission lines in flat terrain, but to do it in the terrain that we’re talking about is incredibly challenging and probably, from a visual impact, far more impacting.”

He clarified he understood only 81 hectares would be required for a new easement for the lines in the national park.

“We have worked diligently to look at ways we could remove some of [the existing] lines and we are, related to this, returning about double that area of 81 hectares of easements that we’ve been able to remove as an operational requirement,” Mr Whitby said.

“So as part of this arrangement, we’re actually returning easements of greater area than what we require.”

Ms Rice challenged whether the land being returned balanced out the environmental impact of clearing the land, to which Mr Whitby replied: “We are doing our part, in my humble opinion.”

“The project was assessed for its potential impacts on national heritage, listed threatened species and ecological communities, and listed migratory species,” the spokesperson said.

The approval is subject to 41 conditions under Australia’s environmental law, which the spokesperson said would protect the “alpine region’s rich biodiversity”.

NSW Electricity Operations Pty Ltd (Transgrid) has been approved to construct the transmission line to connect the Snowy 2.0 Project to the National Electricity Market, with the lines to go from an electricity substation west of the Talbingo Reservoir to the existing network at Nurenmerenmong, east of Tumbarumba.

The proposal had previously been approved by the NSW Government in September.

A Department of Planning and Environment spokesperson said it would create 140 construction jobs, and “contribute significantly” to the state’s transition to renewable energy.

“Our assessment concluded that underground options would add years to the delivery of the project, delay improvements to the grid’s reliability and could create up to 3.9 million cubic metres more spoil in the Kosciuszko National Park and Bago State Forest,” they said.

“We placed strict conditions on the approval, requiring Transgrid to set vegetation clearing limits in its final layout plans, develop and implement a biodiversity management plan, and pay a further $15.59 million to NPWS (on top of the $89.25m Snowy Hydro is already required to pay) to help improve biodiversity and recreational values in the national park.”

There are also concerns the decision could impact the HumeLink project in the Yass Valley council area.

Greens councillor Adrian Cameron raised the issue at a recent council meeting, urging a letter be sent to state and federal representatives Wendy Tuckerman and Kristy McBain about what implications this decision could have for the local project.

Mr Cameron said while he was supportive of the “strong and necessary” move towards renewable energy, he was shocked by the decision to allow overhead transmission lines to be built in Kosciuszko National Park.

“Initially, because of its impact on such a pristine and special environment and secondly, for what it means for the idea of undergrounding for the rest of the HumeLink project,” he said.

A member of the Local HumeLink Consultative Committee, he said there had been “considerable dispute” about the cost of undergrounding the project, which was being considered.

Now that Snowy Hydro had been given the green light to keep 8 km of its transmission lines above ground, he was concerned about what this meant for HumeLink.

“If it could not be done for 8 km in a national park then I feel there is no real chance of it happening for the rest of the line without council and our local political representatives getting active and engaged on the issue,” Mr Cameron said. 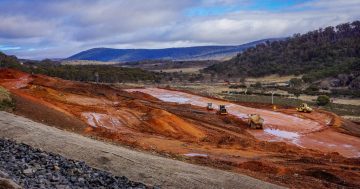